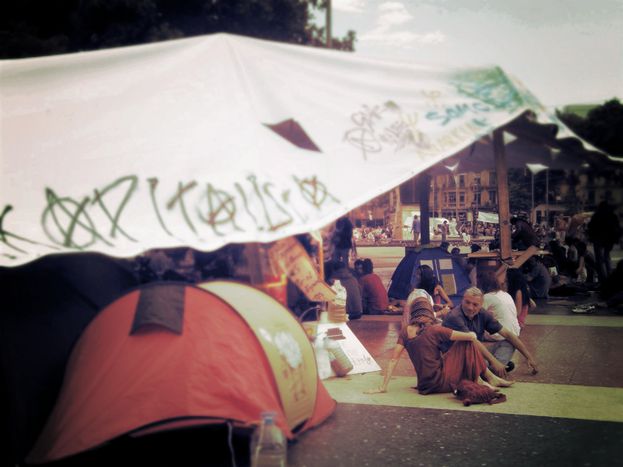 Camping in summer is one of the most popular holiday activities, especially among young people. At the seaside, in forests, in the city... That’s right: why not combine the useful with the essential, under the motto ‘Yes, we camp!’ Camping is the ultimate epitome of freedom. The summer of 2011 has been extremely eventful in cities in Europe and across the world. Protests, strikes, riots and civil unrest are a daily occurrence, expressed in the so-called ‘revolution camps.’ Find out who is involved, why, since when and where: revolutionary camps 2011 from A for Athens to T for Tel-Aviv