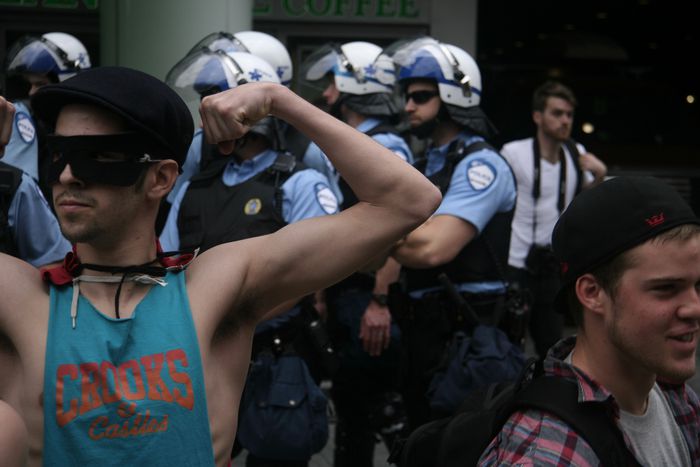 With 'maple spring' protests in full blossom, how divided is Quebec now?

Perched at the other side of the Atlantic, the French-speaking province of Canada has long resonated as a safe haven for Europeans. However, Quebec is currently in the midst of the most important strike in its history. It's a colossal movement that the media has dubbed, a year after the uprisings in northern Africa, the 'maple spring'

Quebec, this peaceful Canadian province, faces the most important strike in its history. The revolt officially began on 13 February, when the government of Jean Charest (Quebec Liberal Party) announced that it would gradually increase tuition fees in universities and colleges. From 2,168 Canadian dollars (1 679 euros) today, they would move to 3 793Canadian dollars (2 937 euros) in 2017, an increase of nearly 75% in five years. Justified as an economic measure necessary for times of crisis, it has instead been seen by students as a frontal attack on Quebec’s social model, which can still boast tuition fees amongst the lowest in North America.

'This increase is a societal choice seeking to impose upon us a war of numbers,' laments Jean- Sébastien Sénécal, a doctoral student in the humanities at Concordia University of Montreal who is strongly involved in the movement. 'It challenges a series of good decisions taken by the population of Quebec in the 60s and 70s: accessible higher education for all, without deviating from the original mission of the university to be a place of knowledge, independent of the rest of society and in particular the economic model.' For nearly three months students have sported the red cross,the symbol of the protest as they vie to draw attention to their struggle. The protestors have covered the Jacques Cartier bridge with a giant banner, painted the minister of education building red, and even blocked motorists’ entry into the city. On 3 May, a group a thousand strong braved the cold and the rain wearing only their underwear in the streets of Montreal. The theme is underwear for a transparent government. 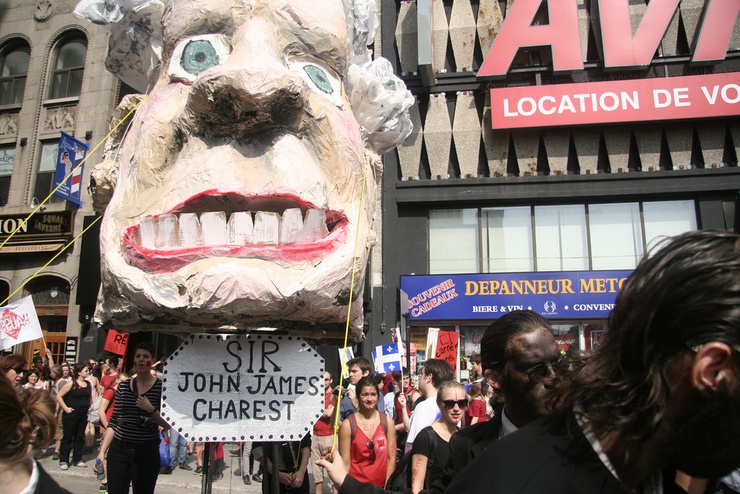 Even if the most immediate issue is the challenge of preventing a further increase (the government in 2007 had already decided upon a 30% increase), the situation is certainly serving as a catalyst for much greater social claims. The teachers of Quebec have followed in the steps of the students by writing a manifesto where they denounce the logic concerning debt that will accompany this increase: 'The student enrolls de facto in the financial world, submitting decisions to the bank. The student will become an agent for the reproduction of social order rather than a citizen with a full role to play in the evolution of society. It is academic freedom and all the critical dimensions of university education which seem in danger of becoming obsolete.'

The 'maple spring', the pretty name some of the media have given the movement, extended the spirit of protest from 2011. However, despite the mobilisation’s huge scale, the government has turned a deaf ear. The movement is far from being unanimous. Some students have disassociated themselves with the movement and, introducing litigation, are demanding the right to study. Sympathisers of the strike have composed photo montages which they circulate on facebook. They compare the headlines of Quebec’s major newspapers; for example, in their coverage of the protest on 22 March, when 200 000 demonstrators marched through the streets of Montreal. While the daily Le Devoir, considered to be an independent publication, sported the headline 'listen to us 200,000 times’, the Journal de Montréal, the largest-circulating French language daily in North America, accused the strikers of being complicit with the government and said that the students were losing support.

In recent times, several instances of increasingly brutal repression by the police has exacerbated the tension. A case was opened with the high commissioner for human rights in the united nations for the filing of complaints against intimidation and police brutality. On 4 May, in a demonstration in Victoriaville  some protesters were very seriously injured: one student lost an eye, another lost part of an ear. ‘What’s happening here is very serious, people are afraid,’ confides Jean- Sébastien. Parents worried about the escalation of the violence have launched the ‘white squares movement’ (a symbol of armistice) to ask the government of Quebec to put an immediate end to the social crisis which has endangered the lives of hundreds of young people.’ They demand a moratorium on the proposed increase in tuition fees ‘to listen to the young people who cry out for a better world, a fairer world and a consultation to discuss with students the importance of education in our society and its funding.'