Will Spanish women have to seek abortions in london?

Spain’s abortion legislation is expected to be tightened under a new law to be passed by Spanish Justice Minister, Alberto Ruiz-Gallardón. If approved, it will be a massive step backwards, leaving Spain trailing behind the rest of Europe. Will they end up regressing to an era when women had to travel to London to seek medical attention?

Under Franco, and particularly in the decade following the end of his regime when the collective mentality and times were changing faster than legislation, a woman who had this type of "problem" announced it in hushed tones accompanied by a circular gesture over her abdomen. It was commonplace that at some point in her desperate situation she might receive some hopeful yet disturbing advice: "Go to this place and tell them I sent you. They'll take care of everything”.

That mysterious “they” could have been a façade for any number of scenarios. These women with no resources whose desperation left them without any other option could end up at a clandestine clinic, relying only on luck to get them through to the other side. In the best-case scenario, providing she could afford the average fee of a month's wages for the procedure, a woman might well have been referred to a travel agent: an outbound charter flight, three days in London and a somewhat bittersweet feeling on returning home, but the "problem" was finally resolved.

This is how 90,000 Spanish women ended their pregnancies in 1985, a mere year before the first abortion law came into force. Many of them fled without parental consent, fearing that parents would not understand, or worse still, that they wouldn't respect her decision. There is every possibility that this situation could soon become reality again for Spanish women if this abortion law is passed. 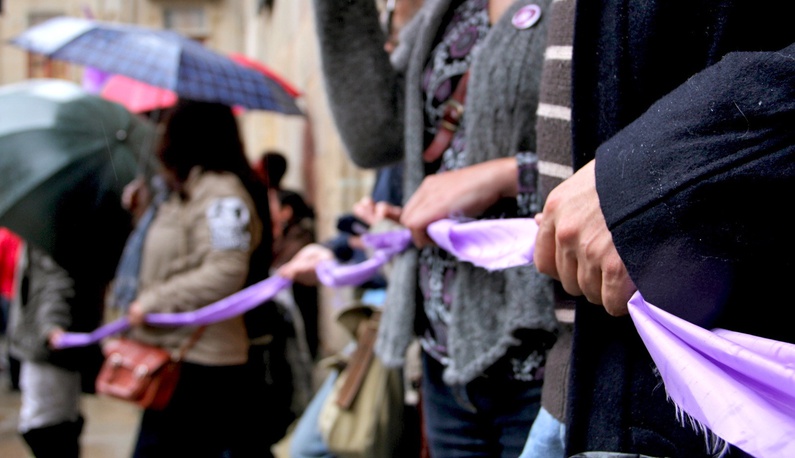 Championed by the Justice Minister, Alberto Ruiz-Gallardón, this law is much more restrictive than the 1986 one, which was in effect until 2010. Approving it would mean that Spain would no longer be in step with the majority of countries in its economic and socio-cultural environment and would become one of the most restrictive countries in the Western world as far as abortion is concerned.

Under the new law, women lose the freedom to end a pregnancy within the first 15 weeks, and the voluntary termination of a pregnancy goes from being a right to a crime (apart from in two instances: serious risk to the physical or mental health of the woman and rape). As well as honouring conscientious objections from doctors and reinstating parental consent in the case of minors, it eliminates the option to abort in cases of foetal abnormalities, meaning that women will be obligated to give birth to children whose physical and mental conditions prevent them from living for more than a few months, or allow them to do so with great difficulty.

This is one of the most controversial aspects of the new law, generating fervent opposition even within the Popular Party itself. Minister Gallardón hides behind the principles of the UN Convention on the Rights of Persons with Disabilities, but he unintentionally stumbles by failing to consider that being born with serious physical abnormalities or pathologies is not always compatible with living a dignified life.

Some PP regional leaders (those dubbed 'barones', or the political heavyweights) have expressed their discomfort with the proposals and hope to be able to relax the law as it makes its way through the parliamentary process. Some have even made their disagreement public and have gone so far as to request a secret ballot or free vote - something unusual for a party who are accustomed to stringently toeing the line. This is in stark contrast to Prime Minister Mariano Rajoy's inclination to avoid public debate over an issue that he knows the majority of society objects to, subscribing instead to his characteristic "wait and see" approach.

Rajoy’s silence, as he deliberately lingers in the background and assumes the role of referee when conflict arises, could be viewed as taking a back seat during the greatest challenge yet faced by the Popular Party, or, as they have already come to be known, the Spanish Tea Party, comprising former president José María Aznar, the Foundation for Social Studies and Analysis (FAES) and key leaders of the Spanish Episcopal Conference. Like the PP, the church is not unanimous in its opinion either. Views from certain ultraorthodox sects clash violently with the postures maintained by the Catholic Church as a whole, whose stances are more open-minded and in direct contact with reality, which could theoretically be attributed to Pope Francis.

The unbridled media frenzy and the internal opposition do not seem to have daunted the celebrity minister of the hour, however, and he seems determined to counter his image as a moderate quite close to the Spanish Socialist Workers' Party (PSOE) by introducing a law to please the hardliners in his party. Gallardón - a man who always liked being in the spotlight - has not given up on his antiabortion crusade just yet, declaring that the law is "the government's most progressive". Nothing could be further from the truth.

SPAIN, TRAILING BEHIND THE REST OF EUROPE YET AGAIN

If we cross the Channel, as many women felt obligated to do three decades ago, we find a country that honours the right that it is currently in jeopardy in Spain.  Since 1967, the United Kingdom has recognised a woman's right to freely terminate a pregnancy during the first 24 weeks in order to save her life, protect her physical and mental health, in cases of foetal abnormalities or for socioeconomic reasons.  Neither rape nor incest are mentioned in the legislation, but they are taken into account in practice.

Similar legislation exists in Austria, Belgium, Denmark, Finland, France, Germany, Greece, Portugal and even in staunchly Catholic Italy. In fact, if the law goes through without any modifications, Spain will be on par with Poland, just a step ahead of Ireland where abortion is illegal except in cases where the mother's life is in danger or there is a risk of suicide, and two steps ahead of Andorra where, as implausible as it sounds, abortion is still completely illegal.