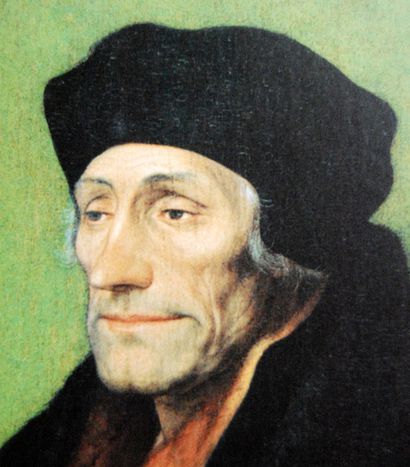 Why would you not do Erasmus?

In France, around 4000 Erasmus bursaries found no takers in 2008. But why say no to an experience abroad? Efficiency, money, elitism…here an assortment of experiences shed some light on the situation surrounding the student exchange programme in Europe

'We’re a year of around 90 pupils studying communication and journalism; but only about 10 of us decided to go abroad on the Erasmus scheme!' says an amazed Sébastien, a student from Belgium. Why such low participation, particularly in a school supposed to educate people whose jobs are based on curiosity and a willingness to explore the world? When you listen to the testimonies of those students who decided not to give Erasmus a go, you notice a certain degree of anxiety about their studies. 'I have enough trouble already with my French classes, let alone studying another language,' declares Pauline, 'I’d prefer to finish my studies in the same school and go abroad afterwards.'

Even for young communication students, the idea of spending several months abroad is sometimes intimidating: 'I didn’t go on Erasmus because, I think, I was scared. Scared of being far away, scared of leaving the school system which I know and am used to! Personally, I always need to put work first…I imagine it’s a great experience but there you have it, it must not suit my personality,' explains Justine. Her friend Camille, a former Erasmus student in Malaga, agrees: 'It’s true that the atmosphere isn’t really favourable to work. And there are classes which don’t correspond at all with those of your home university.' According to a SOMECON study published in 2007 for the French community in Belgium, from a university point of view the Erasmus experience was 'beneficial' for 42% of students (4% 'not beneficial', 15% 'indifferent'), but 82% said it was 'very beneficial' from a personal point of view.

All of Europe agrees on one issue: the problems of bureaucracy and other administrative delights are a sore point with Erasmus trips. Yoann, who is following his medical studies in Italy this year, thinks that the programme’s weakness lies in 'the lack of information when it comes to the educational programmes offered by the university.' He observes that there has been 'a lot of fiddling with the ‘learning agreement’ in an attempt to make programmes correspond with each other. Our universities let us go abroad without bothering to find out if the courses are compatible.' Andrea and Marco, two Italians studying under the Erasmus programme in France, agree: 'The bureaucracy’s the worst thing!' Coraline and Mylène chime in together, though smiling as they do so: 'The organisation was non-existent during our Erasmus stay in Sardinia!'

The latest commission reports congratulate themselves on having greatly improved, thanks to Erasmus, student services and the internationalisation of further education systems, amongst other things by the introduction of ECTS credits. But such testimonies show that there is still a long way to go towards a greater homogeneity of education systems, which would limit, for example, big gaps between lessons in the home university and those in the host university. 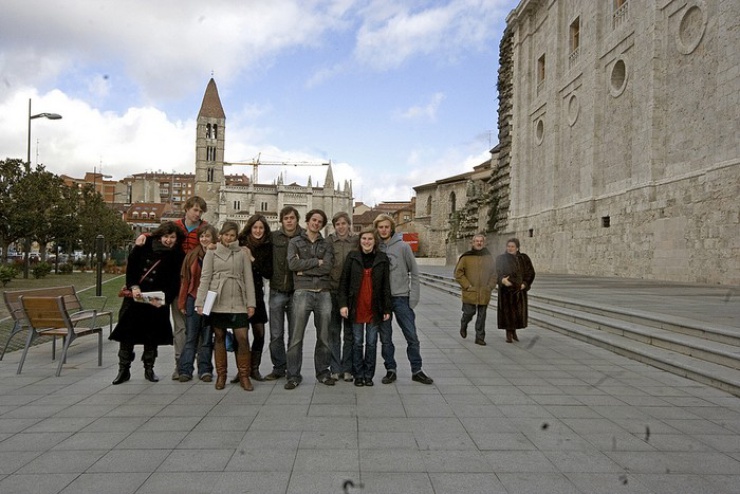 But what holds students back most of all is the financial side of things. Xavier, a 26 year old student from Barcelona, explains: 'I didn’t participate in Erasmus because I couldn’t afford it. I don’t think it’s a programme which is accessible to everyone, but rather only for students whose families are well-off or for people who’ve been able to work and put money to one side…On the other hand, I participated in the Eurodyssée programme in Reims, France. That I could afford and it was an experience I’d really recommend.'

The French minister of further education says that international mobility is only possible for a minority of 'privileged, well-off' students

The European Union Erasmus bursary, at around 150 euros (£133) a month, obviously does not cover student living costs. For certain people it’s help enough, but for others the numbers just don’t work. Since it’s much harder to find a student job abroad, and what with the rise in living costs and the increasing poverty of students, the lack of necessary income may discourage the least wealthy from taking the trip. When you know it’s quite possible your bursary may not arrive until the end of your stay. Understandable then the declaration of Valérie Pécresse, the French minister of further education, that international mobility is only possible for a minority of 'privileged, well-off' students.

A study by Magalie Ballatore and Thierry Blöss (2008) actually blames the self-proclaimed 'democratic' spirit of the programme. Despite the democratisation of these foreign trips according to official statements, they in fact observe a significantly large proportion of students from advantaged social categories. In France for example, the opening up of further education to a new public has only had the effect of accentuating the differences between students according to their social and academic origins. The former president of the European commission, Romano Prodi, declares: 'Erasmus students contribute to forging a common European identity.' So does this mean Erasmus leads the way towards an elitist European culture?