Antoine Deltour’s trial, the whistleblower at the centre of the LuxLeaks case, finishes today after opening on the 26th of April in Luxembourg. He risks up to ten years in prison and thousands of euros in fines. Portrait of a man waiting for his sentence with bated breath, but no regrets.

Antoine Deltour, despite being all but unknown a few years ago, became famous following the LuxLeaks incident towards the end of 2014. This leak, revealed with the help of the International Consortium for Investigative Journalists (ICIJ), brought legal but unfair tax practices conducted within Luxembourg into the limelight, which had for years negatively affected other European states.

The practice allowed European companies to embed themselves within Luxembourg's tax system, incorporating all of its benefits. Under an agreement between the state and society, the taxes of the latter were significantly under the average for other European countries.

These revelations were disclosed just as Jean-Claude Juncker, the former Prime Minister of Luxembourg, was taking up his post as President of the European Commission – garnering significant media coverage. In the aftermath, the Commission presented an action plan to revaluate corporate taxation on the January 28th 2016.

Even if this case might lead to tax harmonisation for companies in the European Union, for now it mainly consists of the heavy legal proceedings brought against the whistleblower. The trial of the 34-year-old former employee of PricewaterhouseCoopers (PwC) closes today in Luxembourg. He risks jail time for revealing classified documentation.

The business school graduate is accused of stealing data on taxation rulings from his former employer. In 2010, Antoine Deltour quit PwC. Whilst gathering up his training documentation, he found evidence of these tax arrangements and decided to keep hold of them. A few months later, he contacted the journalist Edouard Perrin – also accused in the trial along with a third person who wants to remain unnamed. In 2014, the ICIJ published the results of its investigation on the basis of the whistleblowers purloined documents.

We contacted one of his lawyers, Philippe Penning, by e-mail. He explained that, for all these accusations, his client risks between one and 10 years in prison, and from 2,752 to 1,297,500 euros in fine. It's thus very difficult to speculate about his sentencing, or to predict the possible impact of the collective mobilisation that has built up around the defendant.

Indeed support for the three defendants, and in particular for Antoine Deltour, has always been significant. The website https://support-antoine.org/en/ catalogues a number of personalities and organisations that express solidarity with the former auditor. Among them can be found ATTAC, Oxfam, Les Economistes atterrés and the LDH, as well as Edward Snowden, Julian Assange, Daniel Cohn-Bendit, Pascal Lamy and even Erri de Luca.

More recently, a support committee in solidarity with Antoine Deltour and Edouard Perrin has been created in Luxembourg – made up of activists, human right's campaigners, journalists and Luxembourgian lawyers. All unite to stand up for the defendants' cause because of the "selfless aspect" of Antoine Deltour’s approach and because they believe in the freedom of information. 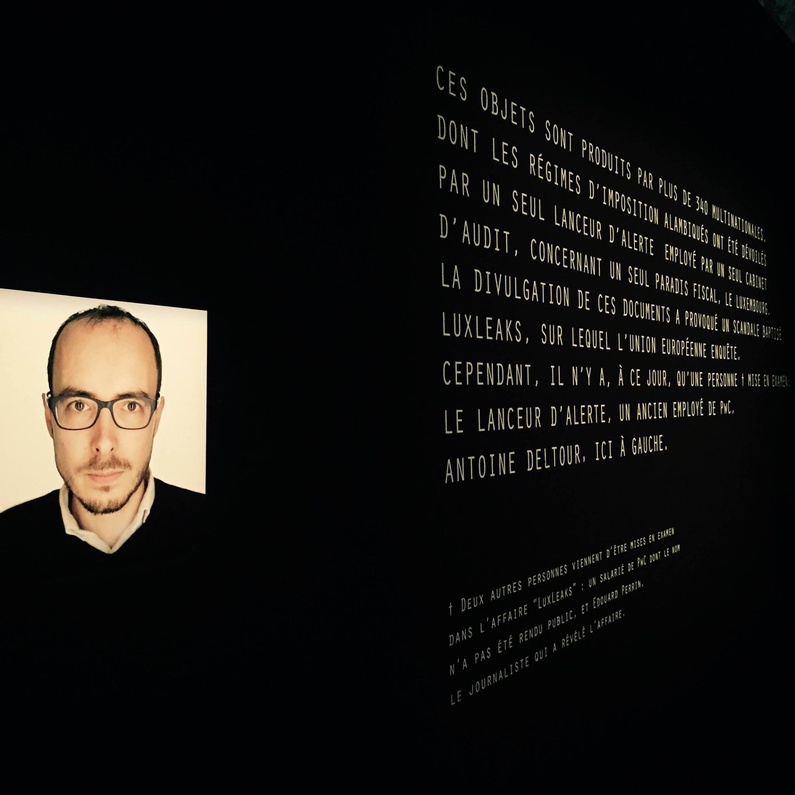 According to Philippe Penning: "With these two committees and hundreds of public figures supporting him, Antoine Deltour couldn’t have hoped for better."

Romain Deltour, his brother and also a member of the support committee, said via email: "The support is impressive. Over 100,000 people signed the petition, as well as a very long list of public figures and organisations. The diversity of support is striking. It shows once again Antoine's action is widely recognised to be in the general interest."

Moreover, the former employee of PwC has acquired a certain symbolic prestige for his actions after disclosing Luxembourg’s tax practices. On the 3rd of June 2015, he received the European Citizens’ Prize from the European Parliament – among 46 other competitors. The prize acknowledges his contribution to "European cooperation and for promoting common values" – a considerable diplomatic support.

Antoine Deltour was also nominated, along with Edward Snowden and Stéphanie Gibaud (UBS), for the Sakharov Prize 2015 – rewarding people who bring an "exceptional contribution for the fight for human rights across the world".

"Antoine Deltour has no regrets"

But how was the main defendant bearing up leading into his trial? According to his lawyer: "Split between concern about the potential personal consequences for himself and his relatives, and the expectations that all potential whistleblowers and people working for a more transparent world have for change."

Odile Delhaye, spokesperson for the support committee, commented on France Info a few days ago that Antoine Deltour was "relaxed, as he always is".

Anyway, no matter what the verdict might be, the former auditor acted "out of conviction" (as he said to the French newspaper Libération in December 2014). As his lawyer told us: "Antoine Deltour doesn’t regret anything. His regret disappeared after the huge impact his actions had and the great political developments that have resulted from the leak. He acted, moved solely by his conscience, in a completely selfless manner."

Romain Deltour adds that: "With hindsight – and considering the essential role played by LuxLeaks in renewed public debate, judiciary advances and tax transparency – he doesn’t regret his actions, even if his current situation really doesn’t suit him."

The trial is also an occasion to focus on the wider status of whistleblowers, not only in Luxembourg but within the European Union. Contrary to the media campaign carried out by Parliament since the vote on the directive on business secrecy, Penning is rather optimistic in this regard. For him it is "a step forward, but we will need to carefully follow up the process through which it is transcribed in national law". In any case, Luxembourg's legislation is insufficient – according to the Minister for Justice, Félix Braz.

So are Penning and his client expecting the legal status of whistleblowers to be recognised following the trial? "Yes," he answers. "If not explicitly, at least implicitly. At least a judgement consistent with the almost unanimous condemnation of these 'unacceptable tax practices' – along with the willingness to show more transparency."