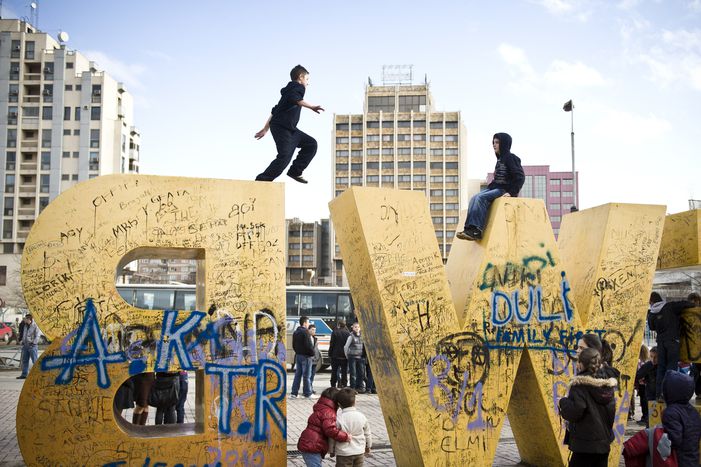 On 17 February 2011 Kosovo celebrated three years of independence whilst its Serbian minority population bit their lips. Emotions ran high with memories of the 1999 war Serbia-Nato war, the circumstances of unemployment and low trust in the politicians. Over four days the Brussels-based Italo-Argentine photographer Ezequiel Scagnetti shot moments of serenity, life and optimism across the country, between the cities of Prishtina, Mitrovica and Drenica, and between Albanian and Serb Kosovars, children and adults, students and farmers. Even the prime minister didn’t escape his lens