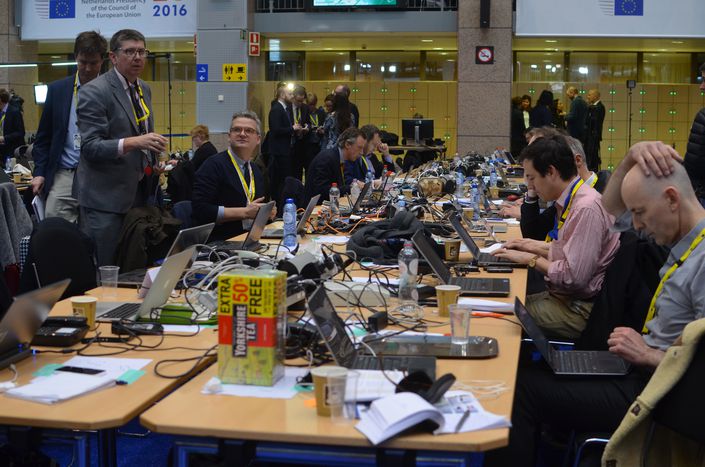 What do British journalists think about Brexit?

Among the British Press, leading advocates and perpetual critics of the European Union find themselves seated together in Brussels to cover the Brexit negotiations. A few months away from the referendum, what do they consider their role to be in shaping public opinion?

'Historic', 'huge', 'a major event', are some of the words used by various British journalists to describe the European Summit of 18-19 February whose main, hot topic - Brexit, has eclipsed the concurrent negotiations on migration. "Normally, summits are very boring to cover. But this one is different" confides a British journalist, who has chosen to withhold the name of the newspaper with whom they are associated. In fact, this time, 1600 journalists, of all nationalities, have been authorized to attend, with roughly one third more than usual in attendance.

'Whatever Cameron does, they will say that he is a sell-out'.

It comes as no surprise then, that an especially high proportion of these journalists are British. 'Normally, 80-90 British correspondents are present, this time there are 150', explains the press centre for the summit. And what a range of correspondents! Seated together, correspondents from various British newspapers, with differing political leanings come face to face.  Gathered for the event, are no less than seven journalists from the Financial Times ( a newspaper which supports European integration), who are seated only a couple of metres away from the Daily Express's correspondent, who is openly opposed to the European Union. A few months away from a referendum on 'Brexit', it is worth considering what role the media has in shaping public opinion. 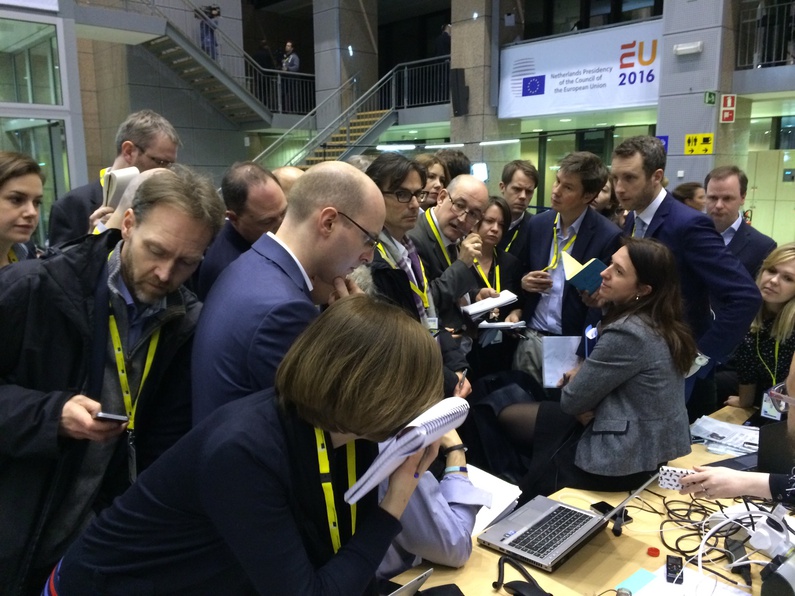 A spokesperson arrives promptly to provide an update on the progress of the negotiations, (whose focus are the conditions for the continuation of the United Kingdom’s membership in the European Union).  Journalists gather around the speaker, desperate not to miss a word. Despite taking notes from the same source, tomorrow, the headlines and conclusions of their articles will be very different.

'British newspapers are very divided over the European Union', says George Parker of the Financial Times. 'The Guardian, The Independent or even the Financial Times are pro-EU, while the Daily Mail, the Sun or even the Daily Express are very opposed to it'. He adds: "Whatever David Cameron does during this summit, the newspapers will say that he is a sell-out, that he has betrayed the British public and, that he should have demanded more".

"Our readers will probably be disappointed"

And indeed, as far as the Daily Express is concerned, scepticism is to be expected. Journalist Macer Hall shares his thoughts: "Our readers will probably be disappointed. They would not only like to see Westminster gain more power, but for the country to gain real control over borders and immigration. This deal just doesn't meet those expectations.

If there is one point that everyone agrees on, it is definitely the shared intent to be fair, to be stuble subtle, to present the deal clearly and to give the public the tools to help them understand it. Certainly, very few readers will read the details and conclusions of the agreement in depth. But the question is: Can such intentions be reconciled with political decision making. A journalist who didn't want to be associated with their newspaper, sums up the situation: 'the objective is to be fair, but also fair in their approach'. 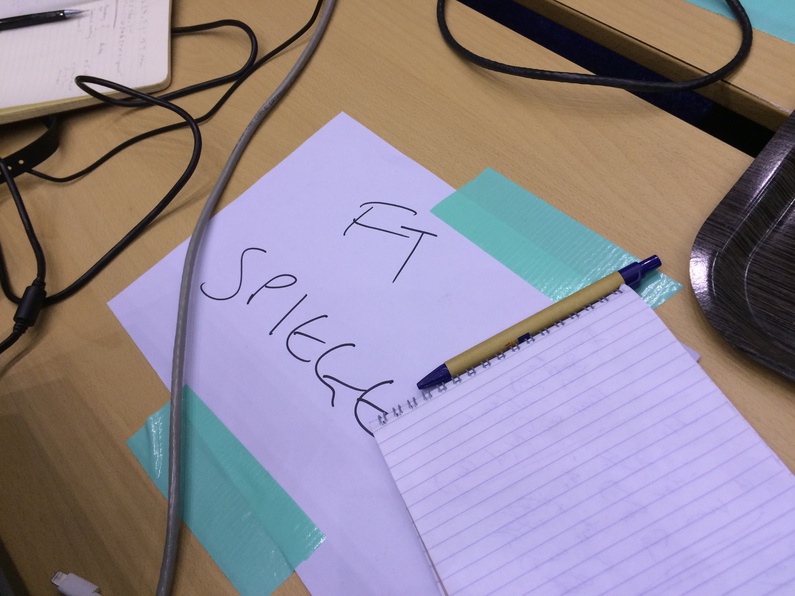 The Daily Express correspondent says: 'People tend to buy newspapers that reflect their own opinions. The angle that we take, therefore depends on our readers. Ultimately, the facts will be the same, but the angle will be different. Even if it isn't the only influence, readership remains a determining factor to understand the media's position. "When covering the same subjects, some journalists will assign more importance to particular aspects according to the interests of their readers" explains David Charter of The Times. Thus, as readers of the Financial Times are interested in the world of finance and economics, the newspaper focuses on that area" he adds.

With Goldman Sachs' warnings that 'Brexit' could pose a risk to economic stability, it isn’t surprising that the Financial Times is fiercely opposed to the idea. Where the Daily Express is concerned, an important subject for readers is immigration claims Marcel Hall. With this in mind, 'we will focus on the issues which are important for us'.

A considerable influence on the British people?

Referendum or not, journalists have differing opinions about what role and what responsibility the media have. "This is not an unusual situation, it was the case during the elections" the Times journalist recalls.

"Having the freedom to voice one's opinions is the greatest advantage of living in a democracy" the Daily Express correspondent continues, "We aren't limited to one newspaper, offering one opinion, rather we have many newspapers at our disposal, which offer vastly differing opinions." However, he states, "People are free to form their own opinions. They don't consume one sort of media. They watch television, listen to radio, read newspapers, watch the news on the internet, there are many different news sources. I don't think that any one newspaper is more influential than the others." 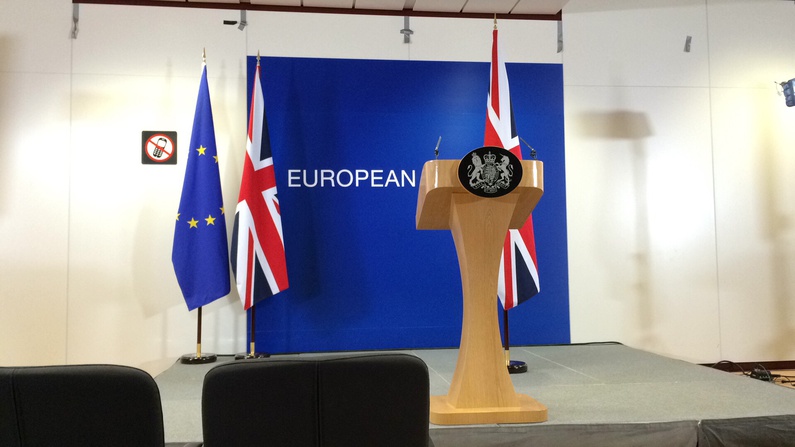 Correspondents from the Financial Times share the same sentiment: "Yes we have a responsibility to present matters in an accurate and balanced manner, but ultimately, I don't think that the British people will vote in the referendum based on what was decided during the summit. Rather, they will vote according to what they think is in our national interest."

Such concerns don't apply to journalists who work for television or radio. "In British law, anything that is published (by journalists) must be unbiased', explains a journalist. Given that current opinion in the press is divided, "we have an even stronger sense of responsibility. Because people know that we will not take sides" says a journalist from a British television station.

And, to the question "and if Brexit goes ahead, will British correspondents be forced to leave?" came the response: "No, no. There will probably be even more to cover in the short term. But in the long term..."perhaps."