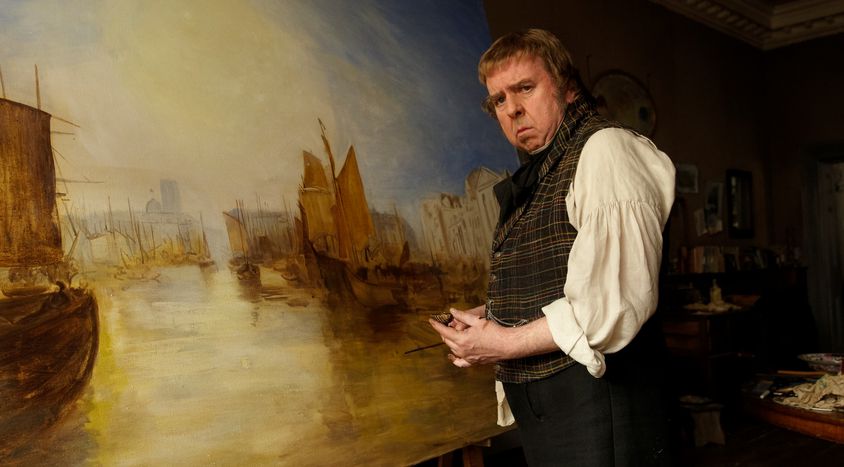 Mr. Turner (2014) is the perfect homage to the works of the British painter. It is his best virtue and worst defect, as it sacrifices cinematography for visuals. On top of its careful sensitivity for aesthetics, the movie highlights Timothy Spall’s acting, awarded the Golden Palm for best actor at Cannes.

Turner is considered by many as the best of British painters. Without a doubt, his works merit notable interest, and he already holds a place in the list of the big names in the history of art in general. His experimentation with light and colours puts him with the French avant-gardists, and therefore the father, in a way, of that series of movements that made art evolve at a speed never before seen. Undoubtedly, he was an ancestor of modernity.

In the past few years there have been various painters' biopics featured on the posters, always with moderate success and a timid reception in the best of cases. There exists an interest for the life of these artists, but to write about and show the supposed lives of these historical figures always brings certain controversy. Allow me a brief selection: Girl with a Pearl Earring (2003) is a movie based on the novel by Tracy Chevalier, where the creation of Vermeer’s painting was liberally imagined, through a very romantic prism. Colin Firth and Scarlett Johansson starred in a film with marvelous aesthetics that harken to the Dutchman’s pieces, but that suffers of a boring plot and basic characters. On the other hand, Modigliani (2004) had Andy García as the painter, and yes, his acting was noteworthy, but sadly this was the only good thing of the film. In this case, the almost epic failure of a luckless life intended to awaken in the spectator feelings that never reached them. To indemnify us, Séraphine (2008) appeared, by far the best of those cited here, a delicate and magnificent film starring Yolande Moreau as the naive painter. No convoluted plotlines, nor famous celebrities to attract the public. Possibly it went unnoticed in other countries, but this gem swept the Césars in France.

Finally, we have Renoir (2012), that furnishes a sympathetic depiction of the old king of the Impressionists, as portrayed by Michel Bouquet. Again, love serves as an excuse to say something about the painter and about art while his son, the filmmaker Jean Renoir, falls in love. A movie without anything special. Of course this geneaology is a burden, and Mike Leigh (Broughton, 1943) hoped to produce a film different from the others mentioned earlier, one that would truly show the art of J.M. William Turner, without entering risky fictions nor magnifying the best moments of the painter’s life. Without a doubt he has reached his objective with Mr. Turner (2014), but reality is not as benevolent facing the result.

The first that stands out, above all, is the acting of Timothy Spall (Battersea, 1957), that earned him the Golden Palm at Cannes. As the trailer has made us suspect, his interpretation of the character is very particular, because this actor with such a recognizable physique rarely speaks, and instead expresses himself through grunts. Yes, Spall is placed into the body of a painter that Leigh wants to show as human, but he ends up being too human. Spall creates a unique character, moving because of his apparent simplicity, his modesty, and his restrained behavior. But contrarily to what Modigliani did with Andy García, Mr. Turner doesn’t have a screenplay in which Spall’s nuances can be properly appreciated. It has to have a very refined sensibility or be incredibly indulgent to not make a joke of this painter with no apparent finesse. Leigh plays with this, showing us the rough artist capable of the delicate, a reminder to the public to not judge appearances. 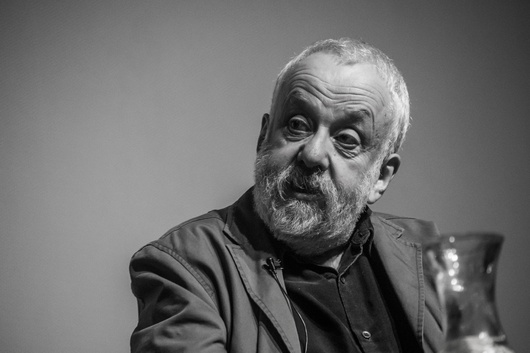 Curiously, it’s the aesthetics of the film that co-star with Spall in this singular biopic. The scenes stretch out to the point of redundancy, with the goal of creating an atmosphere similar to the Englishman’s paintings. That is to say, Leigh and his photography director Dick Pope (Bromley, 1947), pretend to be Turner or make a 'Turner-style' movie. It seems as though the idea of an homage to an author invited them to film as Turner painted. And yes, they create scenes of great beauty, the visuals as carefully-worked as in Girl with a Pearl Earring, but the excessive care in these scenes stretches the movie to its unnecessary 150 minutes, destroying the rhythm of the story. Well, “destroying” isn’t the most adequate term, it’s as if the rhythm is the the gaping absence in this film. There is simply no story behind it to support the stupendous acting of Spall and the beauty Pope brought. A spectator of Mr. Turner who isn’t familiar with the painter’s life will naturally come to the conclusion that the poor man had a quiet life.

The movie begins and Turner returns from a trip, of which no details are given, because that would disrupt the intentional simplicity of the film. The painter is shown as a sort of pushover with simple feelings: he loves his father dearly, he endures without protest the hysteria of his non-wife, he’s a good friend to his friends though they don’t deserve it, etc. He also paints, preferring to pass unnoticed because of his fame, and is humble until the end. It is difficult to explain the argument of a film without one. We are shown everyday scenes of his lengthy life (he died at 76) while avoiding the important moment, exactly the opposite of what an average biographical film would do.

There’s nothing on the painter’s childhood, except a few sentences without emotional implication. Nevertheless, his mother had serious mental problems and was sent to an asylum, forcing a young Turner to leave his parents and live with an uncle in Brentford. Nothing on his very early interest in painting or his premature entry at the Royal Academy of Art, nor his success, his not-marriage, his daughters, or his tour of Europe. That grand tour that could delight any cinema director when moving the character between various magnificent sets, here it is completely ignored. What of the famous rivalry with John Constable? Where is the embodiment of the artist’s ideology? In his grunts? Not even his love for painting, which seems to be the inspiration of the film, is shown. Yes, Spall’s Turner paints, but he shows more curiosity than true passion for his works. The movie has the virtue of avoiding the topic of the transcendence of art, that brings an artist to glory via creation, but it sacrifices the “magic” of said creation. Turner knew well the benefits of observing attentively before translating anything onto canvas, and his perception of space, perspective, and most of all colour and light made him a painter of unquestionable talent. Yes, there was curiosity and experimentation on his part, but also a burning enthusiasm for the whole process. Mr. Turner does recuperate all these elements, but they are so subtle that they require previous knowledge of the artist’s biography. Finally it results in a confusing movie, created specifically for lovers of Turner. 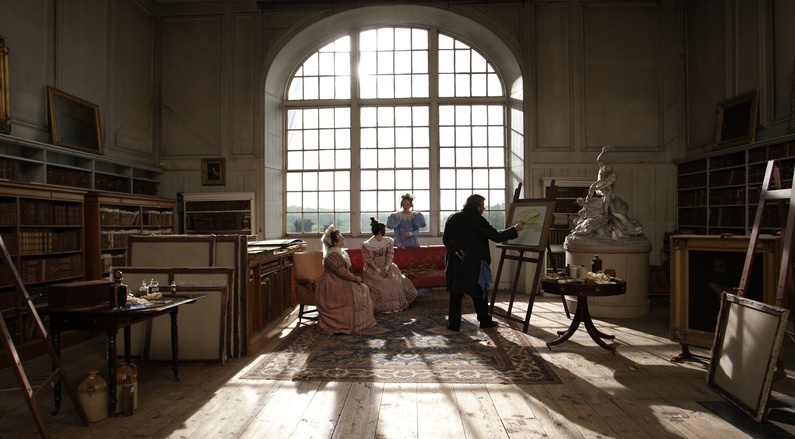 The problem of the film takes root in the director’s perspective. As we said at the beginning of this article, Leigh wanted to create the perfect homage to Turner, and he achieves this, but along the way sacrifices the cinematographic form, without reaching something poetic. The movie is something else, though it is difficult to define exactly what. This doesn’t impede the presence of very good elements in Mr. Turner, the final product is interesting, and Leigh, Pope, and Spall ensure that it is as pleasurable as standing in front of a canvas of the painter of light, but with a target public not of moviegoers but of museum visitors. Like long art exhibits, during the two and a half hours one leaves with a strong impression of beauty, along with the fatigue and even boredom of the excessive. Finally, like in Waiting for Godot, the theatrical work of Samuel Beckett (Dublin, 1906), the spectator will spend hours wanting to know who is this person whose name is in the title. In Mr. Turner there is not an answer either, resulting in a false biopic. The protagonist isn’t the painter, but the lighting of his paintings.

Translated from Esperando a Mr. Turner