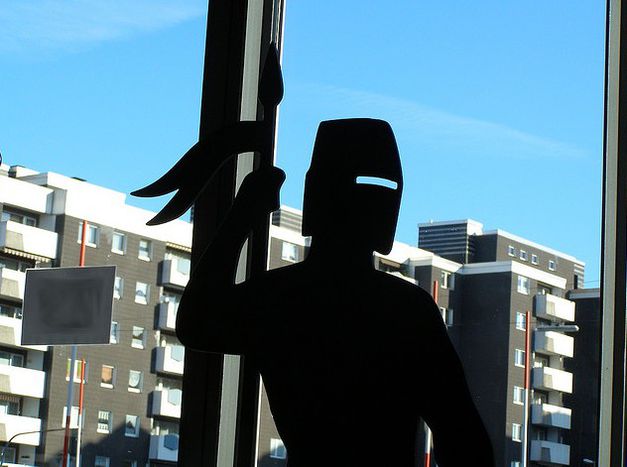 Viktor Orban: who's been a naughty boy at the European parliament?

A fierce dispute broke out between Hungarian prime minister and EU parliamentarians during Orbán's speech marking his country's EU Council presidency. The MEPs were above all critical of Hungary's new media law. While Orbán's reaction cast his country in a dim light, the criticism went too far and was implausible, write Hungarian, German and Slovakian commentators

'Hungary further than ever from Europe' - Népszava, Hungary

Viktor Orban's behaviour before the European parliament has brought discredit upon Hungary, writes the leftist daily: 'Originally Orbán's intention was to show that the government in Budapest is committed to European values. But instead he caused a scandal which has left Hungary further than ever from Europe. A visibly annoyed and irritated Orbán was called on by MEPs to respect Europe's fundamental values. And he was also reminded of the following: He once fought against the very same policy he now represents. It must have been extremely unpleasant for Orbán. Orbán retaliated: He belligerently lectured the European parliament and described Germany's media law as anti-democratic. He behaved as if he were in the Hungarian parliament: or in other words in his own little kingdom. He has managed to bring Hungary's EU council presidency into disrepute even before it has really begun' (Tamás Rónay)

Hungary's prime minister Viktor Orbán didn't do a very good job of countering his critics in his speech at the presidency ceremony, but his critics are also unreliable, the liberal daily writes: 'For Orbán it was an exceedingly embarrassing day because he was unable to control himself when addressing the MEPs and journalists and accused them of insulting Hungary in the same language he uses at home. Nevertheless Orbán's critics from the ranks of the European socialists are no better. Weren't they the ones who not so long ago called the former Slovakian government under Robert Fico an example of successful left-wing politics, while playing down their authoritarian tactics such as the press law or nationalist attacks on the Hungarian minority? In the same way it's just as hard to describe the members of the European people's party as reliable, who criticised Fico back then and who are now playing down Orbán's attack on democracy, the free word, market principles and private property' (Peter Morvay)

'Other things to worry about' - Frankfurter Allgemeine Zeitung, Germany

There are two culpable parties in the  scandal at the Strasbourg parliament: the criticised and the critics, writes the conservative daily, adding that both must moderate their tone in the interest of Europe: 'It is ridiculous to claim Hungary is on the way to becoming a dictatorship. But neither should Orbán play along with the role intended for him – that of the black knight; not every critic of the media law is targeting Hungary's domestic politics and the conservatives' majority; many are simply concerned about press freedom, and that is not even one at the core of Europe's canon of values. The government in Budapest should not reject the commission's desire for the law to be corrected as impudent interference but see it as a legitimate contribution. It's unfortunate that the EU presidency of Hungary, whose honour no one calls into question, has got off to such a start. It can't go on like this. All European protagonists must take an interest in preventing Hungary's presidency from going up in flames in the heat of the media dispute. It's not as if Europe didn't have other things to worry about' (Klaus-Dieter Frankenberger)