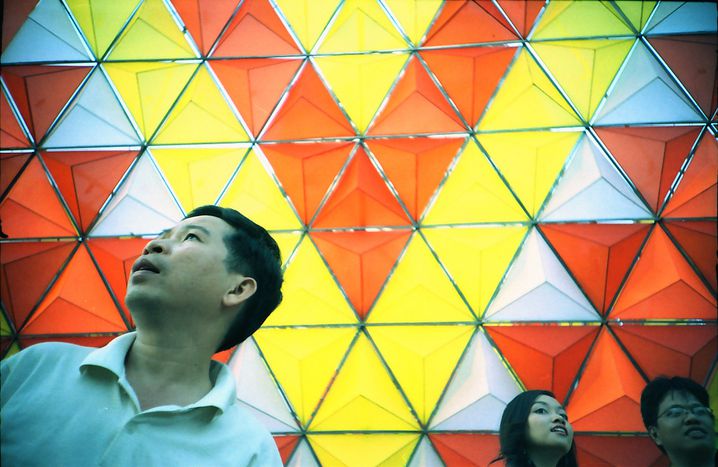 Vietnamese and pleased to be Polish

In a society where 96% of the population is of Polish nationality, it might appear to be difficult to integrate as a minority. Yet every hundredth person in the capital - with its 1,800,000 inhabitants - is of Vietnamese origin

The first Vietnamese natives to arrive in Poland were students in the 1950s, when diplomatic relations between the Asian country and eastern Europe were established. Nonetheless, the biggest wave of immigration wasn't seen until the 1990s, when democracy was introduced in Poland. The general impression from the Varsovians, Warsaw's residents, is that the Vietnamese are not integrated at all and are practically invisible. They live their own lives, are respectful and don't get involved in anything or with anyone.

Many of the residents in the capital don't even know that a Vietnamese community exists in their society, where it is, or what types of events it organises. It is present in Marszałkowska, one of the busiest streets in Warsaw  - even if it is hidden inside a restaurant. Dong Nam provides Vietnamese, Thai and Chinese dishes in three rooms, styled according to the corresponding culture. A welcoming Buddha immediately transports the customer into an asian world. Ask about the community here,  and two employees will tell you to talk to the boss, Anh Tuan Truong.

Read 'Disappearing in the crowd: Vietnamese immigrants in Poland' on cafebabel.com

Truong, also the president of the social-cultural association of Vietnamese in Poland, arrived in 1976 to study at the university of Warsaw. He wanted to study physics, but as he couldn't speak the language, he decided to take a Polish language course in the city of Łodz (74 miles from Warsaw) as it's free for foreign students to attend university in Poland, should they study the country's official language. As for what Poland and Vietnam have in common, Truong finds that his adopted home's oppressive past is somewhat similar to that of his birth country, which partly lead him to settle down here. He asserts that he feels at home. On finishing his studies, he worked for some years in Lodz and in other universities as a physicist, until he opened his restaurant in 1990. After marrying a Pole, he settled down in Warsaw, the place where his child (who has been to Vietnam twice and loves martial arts) was born and studies.

'70% of the Vietnamese living in Poland choose to live in Warsaw because it's a city with business prospects,' Truong explains. 'They don't all live in a specific area out of the eighteen districts that divide the city. I am proud of the cultural variety in the capital and I'm sure that in no time at all Warsaw will be as multicultural as London and Paris. The Polish are educated, very respectful and very kind. They are very open to foreigners and respectful to their religions and cultures. Wherever I go in Poland, I feel welcome,' he adds, with a smile. He seems completely integrated, but what he misses the most from Vietnam are the traditions. 'The traditional Vietnamese celebrations, more than anything, like that of the New Year,' he says. 'I usually go back once a year, though there are still problems with the government, there.' Like most Vietnamese, Truong is Buddhist. There are two temples in Warsaw, one of which only recently opened. In the [cultural] community that it belongs to they organise traditional Vietnamese celebrations such as weddings, new year celebrations, sermons and so on. 'Some Polish people participate in these events, mainly family and friends of one of the members of the community,' Truong says. 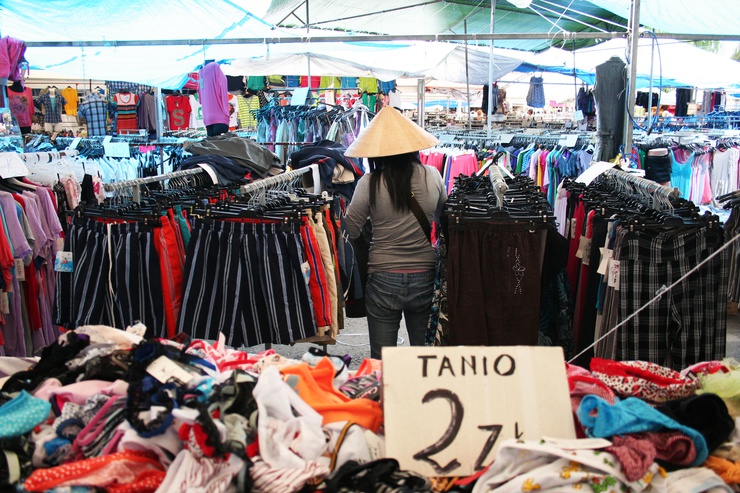 The 'Targowisko Bakalarska', Polish for street market, is another home for the Vietnamese community in Warsaw. The national football stadium was until recently among this great marketplace, but since the stadium was rebuilt for the euro 2012 football championships, it can now be found at the esplanade, on the other side of Warsaw. The market, which consists of more than 1, 000 stalls, is open everyday and sells a bit of everything: from clothes and footwear to food or films. The majority of the stall owners are of Asian origin and they most don't seem to be willing to speak to journalists.

Most people we do speak to who have preserved part of their Vietnamese heritage, but don't intend to 'go back' and live in Vietname. The younger generations feel completely Polish, despite preserving their cultural heritage: their families have put down roots here and they're completely integrated, looking to the future, from Europe. 'My parents are Vietnamese and came to Poland to work and to help their families out economically,' explains Hania, who helps out on her family's shoe stall. 'I do feel Polish. I was born here, my friends are Polish and I go to a Polish-speaking school. Actually, I've only ever gone to Vietnam once, when I was four years old. I don't remember anything. I intend to stay in Poland for life. My parents don't speak Polish and only meet up with Vietnamese friends. I don't feel Vietnamese at all, even though I speak the language and I try to learn to write it. That said, I celebrate typical Vietnamese celebrations and not the Polish ones.' 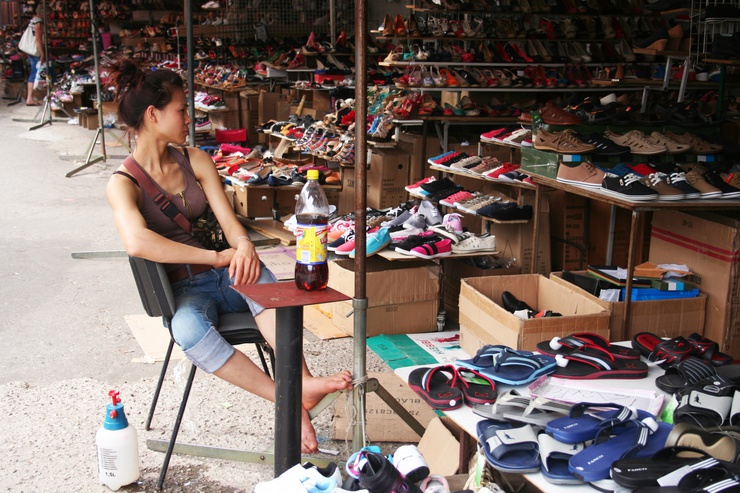 Throughout its history, Warsaw has been and continues to be a desired place to be for many of those who have come to the country or who are in Europe. So much so that after the second world war, it was known as the 'second Paris' due to its high rate in immigration (ending up with 20% of the population being foreign, coming mostly from central European countries and from the east). Its economical and cultural attraction and the people's tolerance continue to have the effect of travelling in a time machine to the future, for those who come over from the east, and now much further.

This article is part of the fourth edition in cafebabel.com’s 2012 feature focus series on multiculturalism in Europe - thanks to our local hosts, cafebabel Warsaw, who you can find on facebook. You can also read 'German minority Poland: April census due' and 'Building a mosque in Warsaw: is it all trouble and strife?' on cafebabel.com