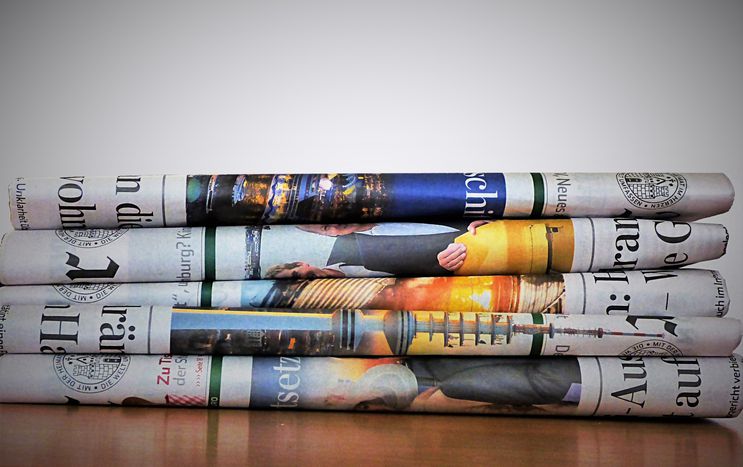 UK Press Endorsements: Who's backing Brexit and who's pro-Remain?

When an important election comes to Britain, the country's newspapers and magazines boldly announce their endorsements and overtly call on their readers to vote a certain way. To what extent are they able to influence the outcome of Thursday’s EU Referendum? Check who is backing Brexit and who lobbies for remain with our interactive graphic.

The graphic is updated as new endorsements are announced.

The UK referendum on EU membership is rapidly approaching, and the Internet is resonating with a cacophony of clashing arguments from each of the opposing camps. For a continental European like myself, it's mesmerising to observe how the British press overtly pushes readers into voting a certain way on political questions, in this case trying to convince people to either vote Remain or Leave. It seems to me that not even the slightest effort is made to appear unbiased or go through the motions of objectivity.

The only exceptions are those media that receive public funding by the state, thus no one expects to see the BBC or Channel 4 do a similar "coming out".

Most of the official endorsements from the British press started appearing last week, mere days before the referendum. The timing is not accidental, it aims at influencing the decision of those who have not yet made up their minds about whether to vote Remain or Leave.

A low level of discussion was already noticeable back in May when the ex-mayor of London Boris Johnson called on the argument that Brussels banning bendy bananas sufficiently made the case for Leave. The unabated inflation of hyperbole since has caused us to take everything we read or hear about Brexit with a phenomenal pinch of salt.

On the one hand The Sun started yelling, in occasional caps lock: "We urge our readers to beLEAVE in Britain and vote to quit the EU on June 23". On the other, the largely left wing Guardian politely exhorted: "Keep connected and inclusive, not angry and isolated." 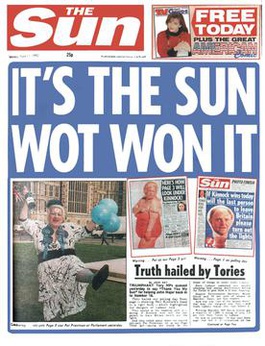 In the past, The Sun became famous as a self-appointed Oracle of Delphi. In the general election of 1992, when the Conservative party led by John Major beat their Labour rival's led by Neil Kinnock by a tight margin, the tabloid claimed this victory. The Sun relished in its months of fierce campaigning against Kinnock, arguing it brought about the unexpected result through the coarse headline "It's The Sun Wot Won It". A similar situation occurred in 1997 when the tabloid switched sides and supported Tony Blair's Labour Party. The Sun again ascribed the victory to their reporting.

However, the readership of traditional print newspapers is today in decline and people are instead drawn towards reading online content. Also, as it is possible that The Sun could simply be accurately detecting tendencies among their readership and reflecting them accordingly, it's hard to say to what extent it's capable of influencing debate.

According to Viral Shah, cafébabel's former English editor, this press circus operates by its own laws.

"For normal general elections, it seems to be the opinion of the newspaper's owner that is reflected in its editorial stance," he explains. "However with this referendum, the owners are either just hedging their bets or they’ve genuinely allowed their editors to choose a side. To me, the former is more likely – as these are businesses after all. For example, the Daily Mail is pro-Leave but the Mail on Sunday is pro-Remain – both are owned by Lord Rothermere, who has non-dom tax status and owns the two papers through tax companies based in Bermuda. Everyone’s favourite geriatric Australian ball sack Rupert Murdoch has done the same – The Sun is pro-Leave but The Times is pro-Remain."