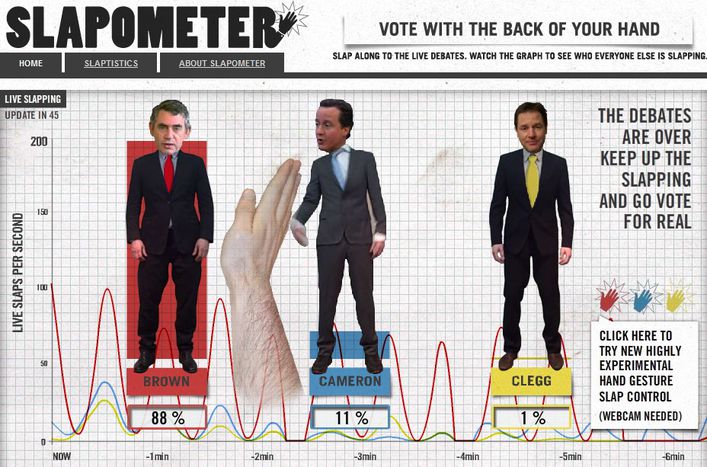 UK elections on 6 May: EU press discuss budget and coalition

As the British house of commons goes to vote, the statistics are putting David Cameron (conservative party) a little ahead of Gordon Brown (ruling labour party). Whoever wins might share power with Nick Clegg in a coalition with the liberal democrat party. The German, Spanish, British and Italian press say 'balance the budget first'

Regardless of who wins the elections the new British government will not find itself in an enviable position, writes the conservative daily: 'The British will have no choice but to weep and gnash their teeth when the truth comes out after the elections. At over 12%, the British budget deficit is almost on a par with that of Greece. Even if all parties have been sensitive enough to avoid the issue while on the campaign trail, the country will not be able to avoid brutal austerity measures, above all in the public sector which swelled up under Labour in the years of prosperity. The battle lines are being drawn and the unions have already taken to the trenches. The UK is in for hard times (Matthias Beermann)

A coalition government in the UK would scare away investors, the business paper fears. 'This scenario worries investors for two reasons: British politicians are not used to governing in coalition or with the aid of parliamentary pacts, and this could cause political stability. Moreover, the UK needs to take resolute action to reduce the national deficit and avoid the kind of problems other European countries are currently experiencing. [Conservative opposition leader] David Cameron is using the fear spread by the Greek crisis as a formula for winning every last vote that could give him a majority'

The latest polls point to a victory for the conservatives in the UK's general election tomorrow. The business paper finds this is paradoxical because conservative party leader David Cameron has picked up on a number of the labour party's achievements and ideas: 'The [positive] aspects of the thirteen-year long labour government are also clearly visible in the country, even on the eve of the highly probable defeat of prime minister Gordon Brown. Because precisely now British politics seems to have taken a highly progressive course. The leader of the conservatives [David Cameron] has words of high praise for the national health service - the labour party's sacrosanct success. Moreover he has announced a multi-ethnic policy, which represents an absolute novelty in the history of the conservatives. And a liberal democrat [Nick Clegg] is boasting that he has inherited the best of the labour tradition. The progressive transformation of the British political zeitgeist is perhaps new labour's greatest achievement' (Andrea Romano)

The British elections on 6 May will take place according to the majority vote system. The daily calls for a change in the electoral law: 'Electoral reform is a valuable end in itself. A party's representation in parliament should represent its level of support in the country. The way to convince the public that their vote truly counts is to make it a reality. There is also reason to believe that electoral reform would open the door to a new era of self-confident, progressive politics in a range of areas - from Europe, to the economy, to wider constitutional reform. That is why this newspaper suggests that, if voters do not want this inspiring movement for radical political change to fizzle out once this election campaign is over, they should mark their ballot tomorrow with a larger picture in mind than simply the merits of the respective parties'