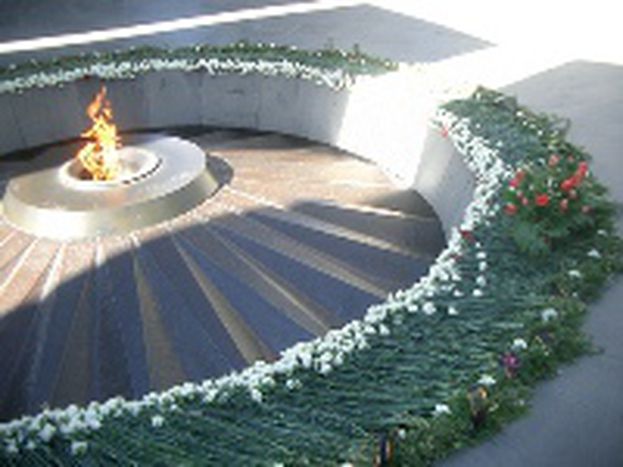 Turkey and France in conflict over Armenia

In France, denying the Armenian genocide could lead up to one year in prison and a €45.000 fine

The recent award of the Nobel Literature Prize to Orhan Pamuk, and the new law passed by the French national assembly making denial of the Armenian genocide a crime, have brought this historical event back into the limelight. The Turkish government is still recovering from the shock. Their talk of imposing economic sanctions on French companies does seem very European. They also warned that political relations with Paris threaten to deteriorate if “hostilities do not cease”.

In Turkey, acknowledgment of the Armenian Genocide is a crime that can lead to prison sentences, severe economic penalties, and ostracism from Turkish society. In a recent interview, a journalist from Turkish Daily News said that “many intellectuals and communicators are still afraid to speak openly about these matters in Turkey”. Some journalists and writers have been prosecuted, whilst extreme right-wing groups have attacked, and even killed, a number of journalists, lawyers and activists dedicated to freedom of expression and to the promotion of human rights in Turkey. Many violent attacks have never been investigated and violent groups enjoy relative impunity thanks to their links with security forces.

There is much talk about Turkey’s ‘European-ness’ and need to adapt to the pace set by Brussels for its accession to the European Union. If only the government in Ankara had the moral conscience post-war Germany had, they would recognise facts which have been documented and acknowledged by historians. Just as it is a crime to deny the Holocaust in many countries, playing down or denying the Armenian Genocide is an absolute absurdity in our world today.

It is estimated that between 1915 and 1921 around 2 million Armenians died at the hands of the Turkish security forces and army. The Armenians, like the Jews after them, were accused by the Turks of being in league with those who wanted to see Turkey destroyed. They were accused of being "Russian agents" and paid for this with their lives.

European leaders need to be more courageous and emphatic when defending Europe’s democratic values in Ankara, because it is these principles which are at the heart of the European project. Without values or moral principles to ensure the defence of democracy, there is not, and neither can there be, a unified Europe. The economic advantages which the enormous Turkish market presents for Europe should not be the only factor determining their attitude towards Turkey.

To deny the Armenian Genocide, a tragedy recorded by many Europeans such as the philosopher Antonio Gramsci or the historian Arnold Toynbee, would be a return to the “radical evil” postulated by another European thinker, Hannah Arendt, in her early writings. This "forgetting" is the result of a reflexive, voluntary and entirely purposeful attempt to erase all traces of the truth.

With the EU progress reports on Turkey coming out this week, the country is in the spotlight. Where do the EU members stand on its membership bid?

The United Kingdom and Finland are two countries in favour of Turkish membership. The Finnish Presidency has for months been engaging in ´sauna diplomacy´, trying to find a solution to the problem of Cyprus, that is to say the opening of Turkish ports and harbours to Cypriot ships and planes. In December the Council is expected to say whether or not Turkey has made sufficient progress on this issue, but Commission President Barroso has stated he expects trouble ahead.

France and Germany are against. In Germany, the coalition government is split, with the SPD in favour of membership and the CDU in favour of a ´privileged partnership´ with Turkey, stopping short of full membership. In France, elections are upcoming. The likely candidate for the right, Nicolas Sarkozy, is against Turkish membership As for the left, it is still unclear, but it was the Socialist party which introduced a bill making it a crime to deny that Armenians suffered genocide at the hands of Ottoman Turks after the first world war. France will have a referendum on Turkish membership before negotiations are concluded.

Others, mostly the new member states, seem undecided. Poland, while inclined to listen to Pope Benedict´s claim that Turkey is perhaps not culturally a part of Europe , is demanding fair treatment of candidate states, Turkey among them.