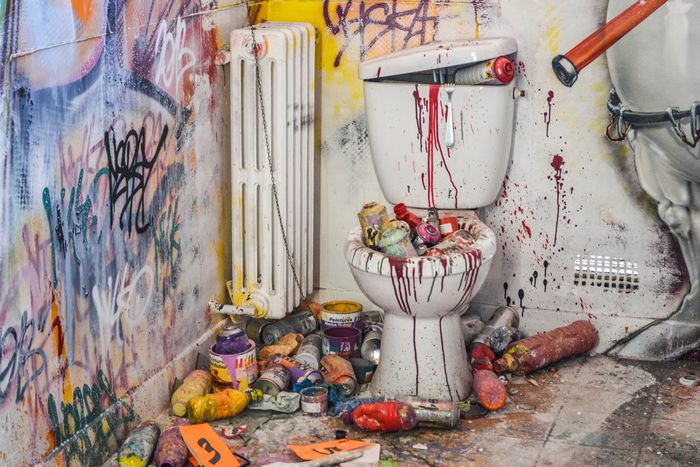 An abandoned building about to be destroyed is taken over by world famous street artists. It is sprayed up to the nines from top to toe. It is bursting with colour and swarming with visitors, but the tower's life span is short. It will be with us for only a month, before being domolished at the end of October. Perhaps part of the beauty lies in its transience

It took three weeks for the Galerie Itinerrance to get me a press pass. I assumed the PR girl was a bit of a birdbrain. On the phone I ask her if it’s possible to take a tour of the tower. ‘Of course you can…. if you want to spend six hours queuing.’ Her reply seems over the top, but then I start to hear rumours, ‘Tower 13, that’s that gallery isn't it. You better set a whole day aside!’ 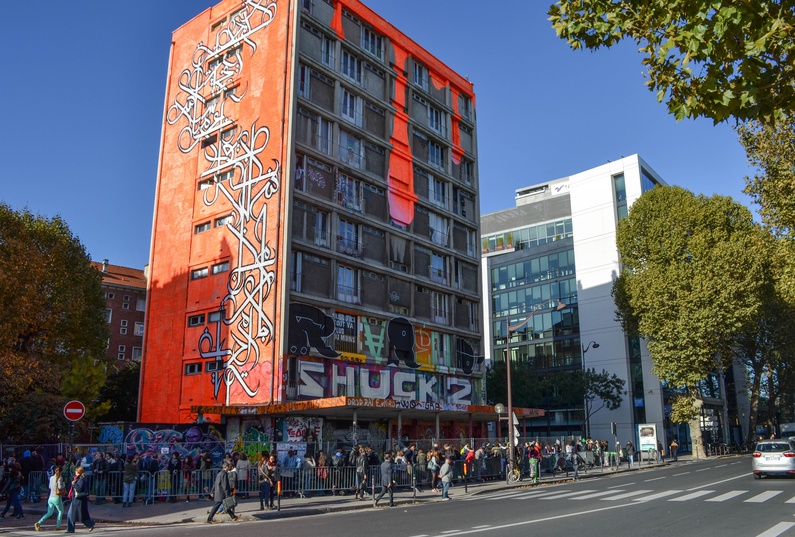 I’m baffled. Since when has street art been so popular? Isn’t the whole point that it’s underground? Well it’s a wonderful project regardless. 36 apartments done up by the crème de la crème of international street art. An exhibition in situ, free and available for one month only. At the end of the month the bulldozers move in, mash it down and take it away. Street art is the buzzword once more. Graffiti’s back in fashion. Everbody's heading to Tower 13. 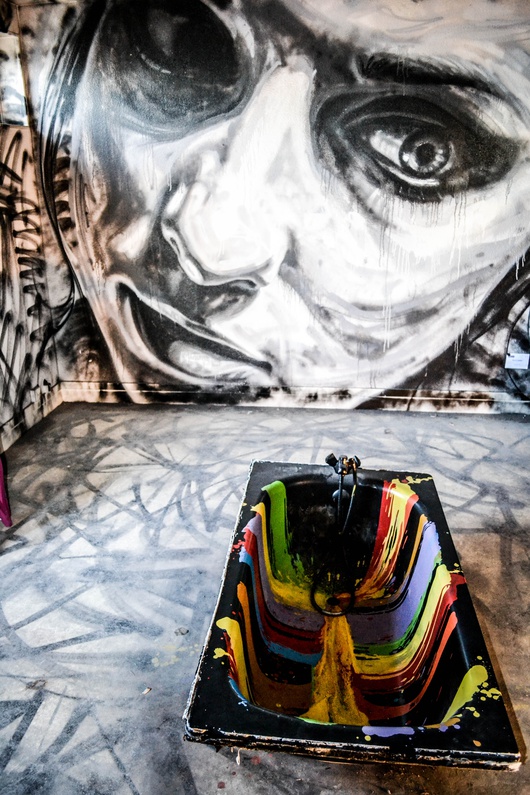 Three days before it disappears for ever, I am told to turn up at the foot of the tower at 8:30 am. The press visit will last for exactly one and a half hours, hardly the unbridled freedom I had in mind for my urban explorations. I’m used to attacking abandoned buildings armed with my camera. I love the leftovers spat out by the industrial world and the relentless march of time. No guide, no limits, risking life and limb to shoot abandoned objects and find unusual perspectives. It’s called ‘urbex’ (urban exploration). As I arrive at my destination opposite de Bercy (the imposing building owned by the treasury) on the banks of the Seine bathed in the early morning brilliance, I begin to understand why I was told to set a whole day aside. At least a hundred people are already queuing. Those at the front are still fast asleep in their sleeping bags… About forty journalists await the press officer. When she opens the doors, the people who have been waiting since two in the morning hurl abuse at the journalists. They have to wait another hour and a half. ‘I want all the journalists out by ten, otherwise there’ll be a riot!” shouts the press officer. The atmosphere is tremendous.

Inside there’s a lot to see. TV crews have their cameras rolling. There are Scandinavians and Brazilians, journalism students and TV crews, tons of photographers. The press officer, who watches like a hawk, replies to questions on behalf of the artists and Mehdi Ben Cheikh, the gallery’s founder. Cheikh is an important player in the street art scene in the thirteenth arrondissement and beyond. The press officer looks haggard. She’s been welcoming a thousand people a day for the last four weeks. Every day she has fifty journalists on her hands. ‘There have been over 500 reviews, a lot of them international. JT in South Korea, broadcasts in Italy, Spain and South America… People have come from all over the place. We’ve received mind-blowing offers but we’ve refused them all – this isn’t a commercial venture. We have to stay true to the spirit of street-art. That’s why it’s ephemeral and that’s why it has to be destroyed. On the 31st it’s over – it’s being demolished.’ 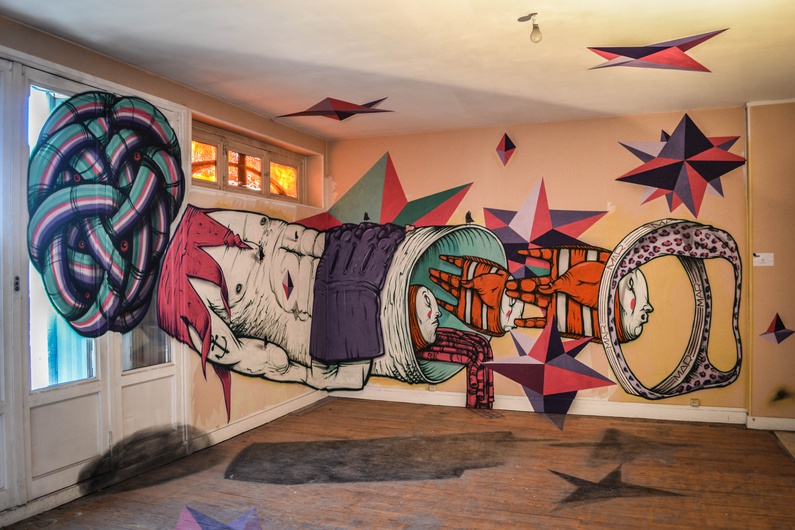 The organisers are more surprised than anybody by the exhibition’s remarkable success. In spite of everything, the experiment has been successful. There are security guards to filter the visitors. The queue is hemmed in by barriers. The barriers are jostled by ranks of people. A guy is peddling coffee for coppers, it’s business as usual in Paris! Marie and her friends got up at four to take the train from the suburbs. You can tell we’re in the middle of the holidays – most of the brave human beings standing here waiting are under the age of twenty. Empathy is bubbling up in the crowd, ‘You get to know each other after a few hours,’ laugh a group of girls who link arms as evidence of this. 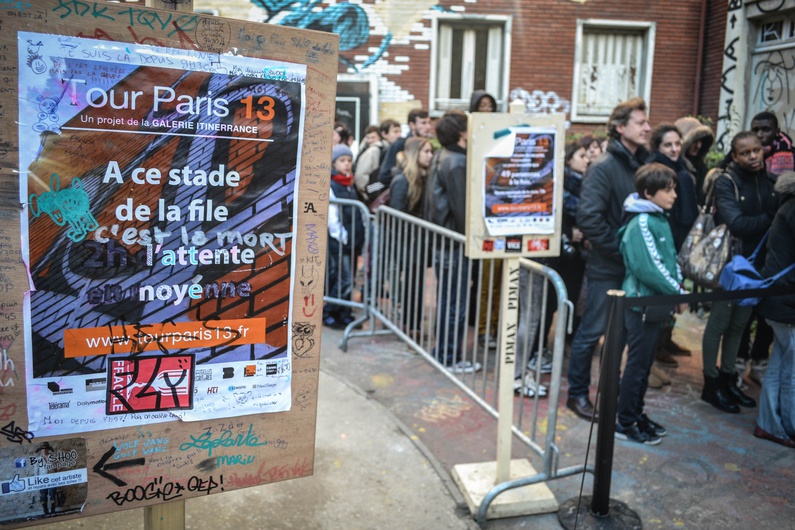 In a glass box

When I leave I feel kind of uncertain about what I’ve just seen, 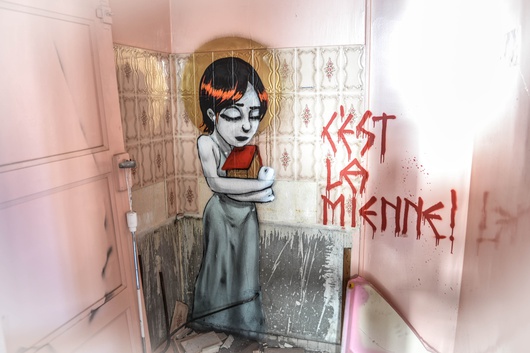 although I have the sense that I’ve taken part in something special. With all the hustle and bustle you don’t have much time to focus on the works. You find yourself trapped in a spiral staircase made of bricks that were once a bathroom or a kitchen. It’s a shame you can’t meet the artists or feel at ease to discover the place for yourself, to feel like you’re in a world that’s been frozen in time and has suddenly been reawakened by a few fleeting visitors. It’s like wanting to be alone in the middle of an anthill. This vision of street art is not dissimilar to a modern day street – globalised, open  and exposed to the media.

Since time has run out for you and your chance has slipped away, here are a few photos that can serve as your tour... 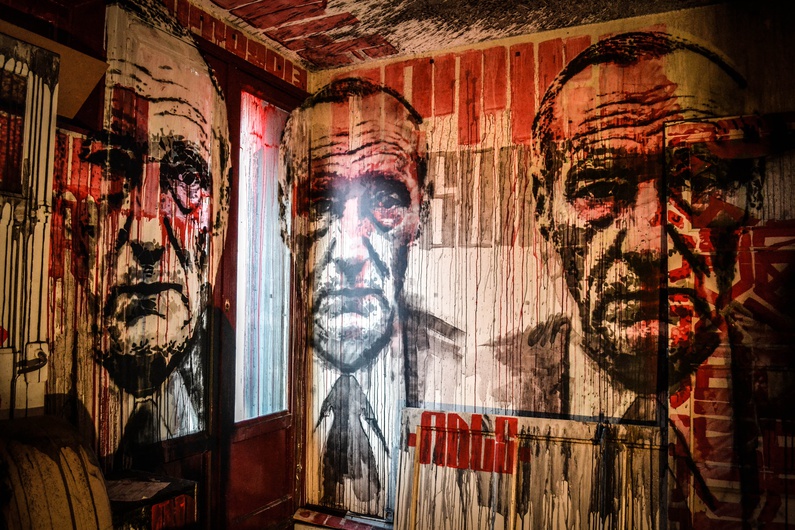 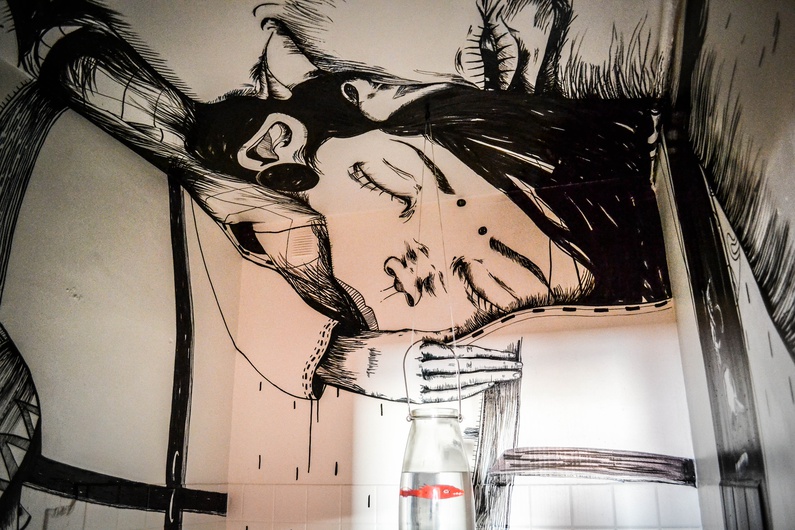 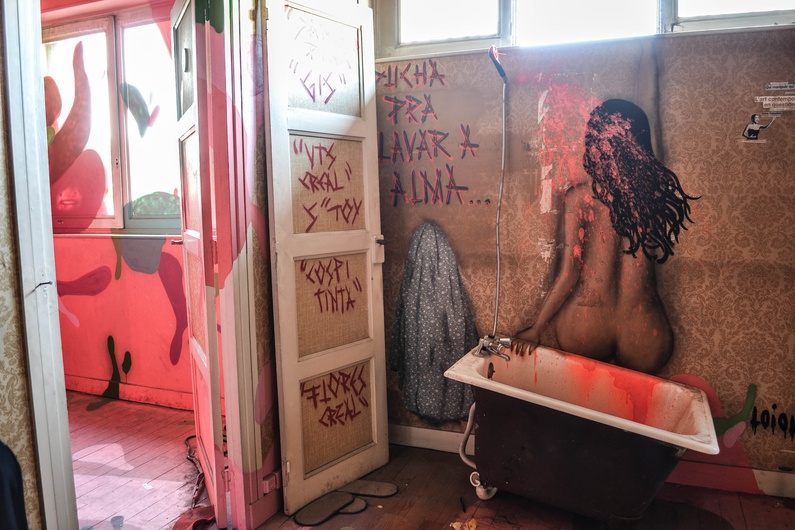 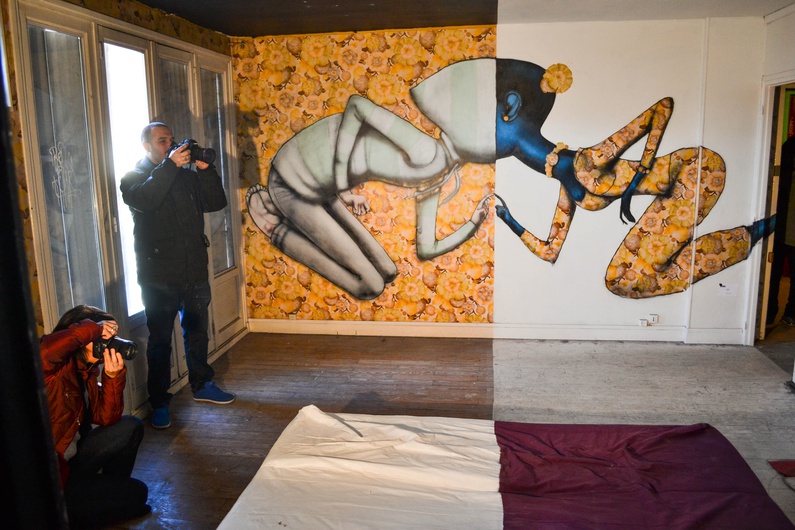 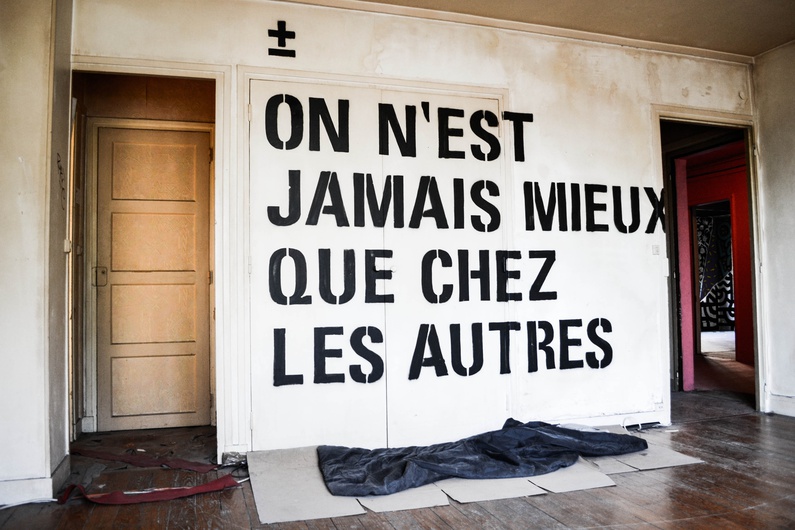 there is a petition to save the tower from destruction.