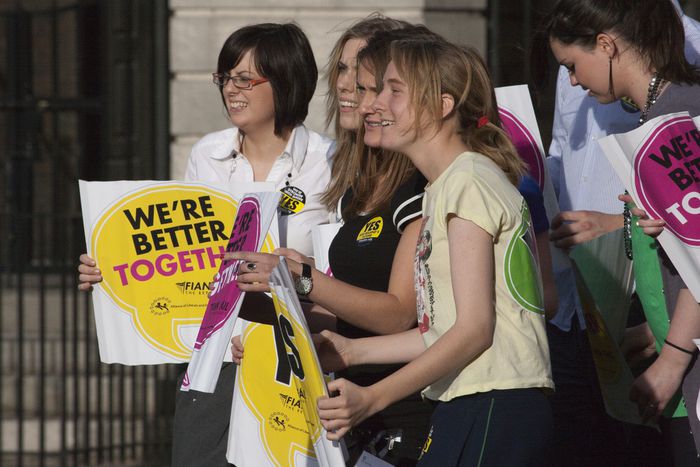 The eurosceptic Pole Lech Kaczyński plans to sign the EU reform document in the next few days, Czech president Václav Klaus refuses and British conservative leader David Cameron again promises his country a referendum if he is elected prime minister in 2010 and the treaty has still not taken effect. The Irish, Czech, German and Hungarian press react

The liberal daily writes that the British conservatives' euroscepticism might end up distancing them from the electorate: 'The antipathy to all things European manifested at the conservative party conference in Manchester this week is not just the usual case of an extremist rank and file tail wagging a cautious parliamentary dog. The delegates, sad to say, are probably genuinely in tune with Britain's eurosceptical public mood and with most of their MPs on the issue. For the Tories to make the issue of European politics a central plank of their election campaign might well be to send out the message that they do not share the electorate's sense of priorities, whatever about their values. And that therefore, as Labour will try to show, they are essentially the unreformed ideological party of old, not the pragmatic, modern, centrist new Tories that leader David Cameron is so keen to project'

'Cameron hopes he won't have to keep his promise' - Frankfurter Allgemeine Zeitung, Germany 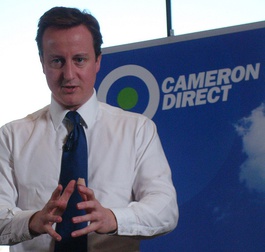 At the conservative party conference in Manchester David Cameron has once again promised the British a referendum on the Lisbon treaty in the event that he becomes prime minister after a Tory victory next spring and the treaty has not yet gone into effect. The conservative daily says: 'Secretly Cameron can only be hoping that he won't have to keep his promise. If the UK toppled the treaty it had already ratified it would be an affront to other member states and prime minister Cameron wouldn't have an easy start with his fellow heads of state and government. Perhaps he would choose to snub the EU opponents in his own ranks instead. Paradoxically, it's Czech president Václav Klaus who will decide whether he faces this choice or not. Should Klaus, a firm opponent of the treaty, bow to the pressure of circumstances and sign the treaty (albeit unwillingly), so that it comes into force this year, Cameron would be out of the wood' (Horst Bacia)

'Why use money from Europe?' - Blog Hospodářské Noviny, Czech Republic

The business paper says that the Czech Republic's reputation has suffered as a result of president Václav Klaus blocking the Lisbon treaty: 'The problem is that the Czechs are incapable of defining their national interests. If they want better education, science and culture, a better environment and less corruption, then it's hard to see how Lisbon could hurt the country. If the diversification of energy sources and security is their goal then it's clear that none of that can happen without a stronger EU. If it's in the Czechs' interest to use the money from Europe effectively then it's completely unclear why we are causing Europe problems' (Jan Macháček)

'We shouldn't be so afraid of referendums' - Népszava, Hungary

The daily draws lessons from the Irish referendum on the EU reform treaty: 'The question today is less why the Irish have now said 'Yes' to the treaty of Lisbon, but why they said 'No' in June 2008. The answer is not lastly because the Irish people didn't know what they were voting on. This should come as no surprise when you consider that they hadn't even read the treaty. Under such circumstances the first referendum made no sense at all.

Last weekend more than two-thirds of the Irish endorsed the treaty. What does this teach us?

Everyone knows that popular ignorance opens the door wide for demagogues, and they seized the opportunity that time too. Last weekend more than two-thirds of the Irish endorsed the treaty. What does this teach us? Perhaps we shouldn't be so afraid of referendums. The people aren't infallible. But when they are sufficiently well-informed they generally make good decisions. In any case better than most politicians' (Ferenc Kepecs)