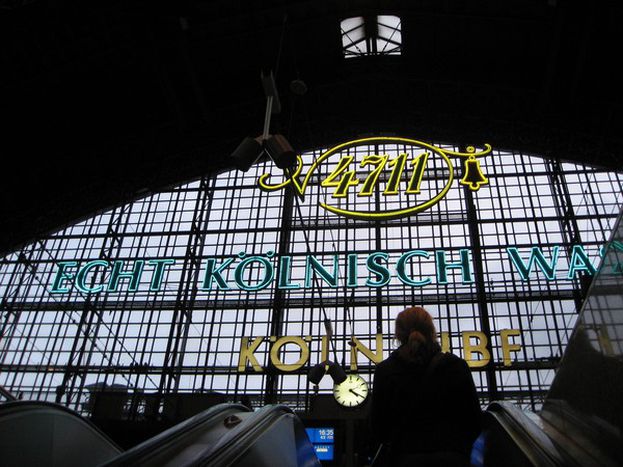 The world in an Eau de Cologne bottle

It’s no lucky mistake; Eau de Cologne, or Cologne, world renowned for centuries, has benefitted from the ideal geographical location of the city that has given the perfume its name. At the heart of Europe, Cologne is putting the finishing touches to its strategy to form international links 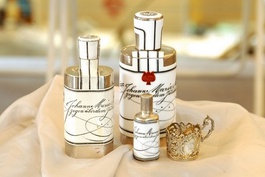 If the Italian Giovanni Maria Farina, creator of the first Eau de Cologne, knew about the success his creation would have when he first considered making the perfume in the town in 1703, he would be turning in his grave. Plagiarised countless times, whether to the highest quality or cheaply thrown together, the famous Cologne has become generic, representing nothing more nor less than a light perfume (containing a few essential oils) that only the elderly, generally speaking, still wear. Formerly travelling down the Rhine, now departing from Köln Bonn Airport, the product is exported to the world, still reminding the world of the city’s existence. Anyway …

'Nowadays, people don’t connect the town and the perfume,' states the current managing director of Farina House, Johann Maria Farina, who continues the old family name with dignity, passed from father to son, just like the perfumes recipe (any mention of citrus fruits and bergamot are quickly hushed). Comfortably seated in his office which adjoins a mini-museum celebrating the successes of his ancestors, he tirelessly narrates the company’s history in this anniversary year; Eau de Cologne is celebrating its 300th birthday. The confusion caused by dozens of counterfeits has damaged the status of the original, despite decades of lawsuits. Cologne drowned in its bottles of perfume. Today, the cathedral which stands a few feet from the Italian perfume House has replaced the factory as the city’s main tourist attraction, generating visits from the rest of the country and outside its borders.

Not a classic German city 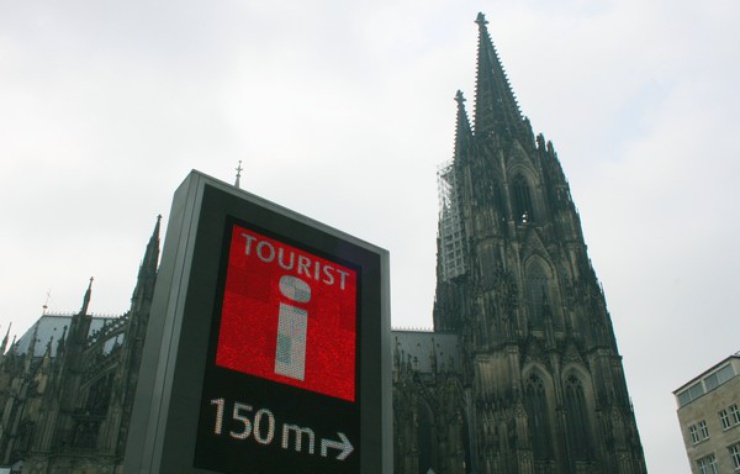 So, the most visited historic place of interest in German, local icon, attracts six million visitors a year (nearly 65% of which are Germans). Unbeatable. To boost its pulling power, Cologne is increasingly opting for a cross-border strategy (notably in partnership with Amsterdam and Brussels, thanks to good train links), rather than joining forces with the other big German cities, principally Hamburg and Frankfurt, with whom Cologne often disputes third place in the list of most visited cities nationally. 'We attract more foreigners than Hamburg, nevertheless, we need to reinforce the message to an international audience,' states Claudia Neumann, head of public relations at KölnTourismus. 'The cathedral aside, Cologne has other strong features: business visitors account for 70% of one night stays, during the forty fairs organised each year, as well as its reputation for being open-minded, relaxed and multicultural.' 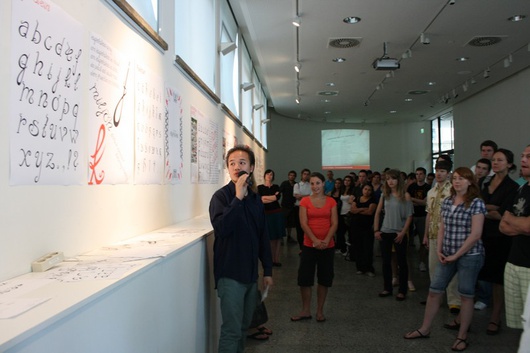 Said 'character' has been shaped since the Middle Ages, when the city was a crossroads for European commerce, positioned ideally on the Rhine and enjoying, nowadays, a strong transport network. It was part of the attraction for various foreign investors, like the beloved Giovanni Maria Farina. 'In the eighteenth century, Cologne was not constricted by the empire or subordinate to any state, and therefore very attractive as a commercial turntable, for all entrepreneurs,' explains Farina’s heir. 'This also explains why Cologne is not a classic German city. It has always orientated itself towards the outside world.' 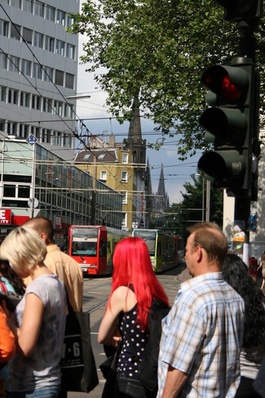 The result: People of 184 nationalities live in this youthful town (the University of Cologne is the second biggest in Germany, welcoming 60, 000 students), and 20% of the population is non-German. This idea of an 'open' Cologne is often exported beyond the German border. Paradoxically, however, this reputation is also worrying to local leaders, who look to attract investors. 'People here are more Italian than German,' states Victor Vogt, head of international business at the Cologne chamber of commerce and industry. When asked about the expression Kölsche Klüngel (evoking images of a lack of identity true to Cologne), which is used locally to stir up visitors’ curiosity, he explains that Cologne 'distances itself from the stereotypical image which sees a German as being efficient and straight laced. People are not like that here. Maybe that doesn’t give off the best impression.'

With agility and a sense of humour, Victor Vogt outlines the strengths and weaknesses of his city. 'Cologne is suffering from the effects of the economic downturn because its GDP is more than 50% reliant on exports. But the companies in the service sector (insurance, communication, IT …) are helping us to stay afloat.' In regards to the United States, having created ties with twin cities in China and India, Vogt continues, 'we are developing a new strategy to present the city as a centre of commercial activity in Europe and across the Atlantic. We know that Cologne doesn’t have the same status as Paris and London though. In order to be competitive, we must unite forces with our neighbours, Dusseldorf and Bonn. They are already renowned as global forces in business.' Multinationals like Sony, Toys ‘R Us, Barilla and Microsoft have all, however, chosen Cologne as their base in Germany.

Office with views over the Rhine 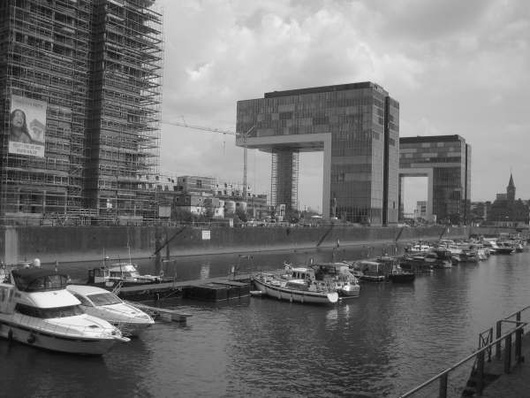 Whether in the chemical industry which is its biggest employer, the automotive industry which is experiencing great difficulties, mechanical or electronic engineering, radio and television which make the city the German media capital, Cologne’s strategy is not to sell out 'as a cheap commercial destination'. The city’s strategy is to market itself in order to attract companies to establish their corporate headquarters there. That is notably seen in the city’s architecture. This is visible at the moment, on the banks of the Rhine, a few hundred metres from the immense Früh am Dom brewery, where thirsty foreigners take their seats, cranes stand alongside unfinished steel and concrete giants. Before long, they will be home to beautiful offices with views over the river.

Second to none; the same strategy that Farina House has chosen to follow. 'Luxury is a niche market, and it’s true that our perfume is not available to just anybody,' maintains Johann Maria Farina, who employs fifty people locally. His small company (Cologne’s oldest if you take his word for it) continues the family tradition, even though its finest hour has long passed. Because not far from the brewery and the souvenir stalls, is an Eau de Cologne, packaged in a turquoise blue bottle, which still manages to tempt clients. It is a different brand, from another House, with a more aggressive marketing style. Even the smell is different; the Eau de Cologne 4711, created in 1792, is the unopposed challenger of the Farinas, and is proud of the fact that it is exported to more than sixty countries. Each nose to its own …

Many thanks to Yvonne Poppelbaum and the cafebabel.com hub in Cologne