The “Third way” or a wolf in sheep’s clothing?

The Lisbon Strategy is part of Tony Blair and Gerhard Schröder’s “Third Way”. Can we expect more from it than just economic liberalisation and the dismantling of social structures? 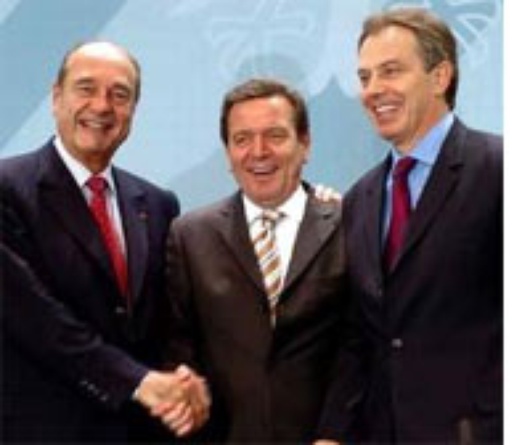 The designated president of the EU Commission, José Manuel Barroso, has said that the Lisbon Strategy is his main priority. With these words he has taken onboard a project that was adopted in early 2000 by the majority of social democratic government and state leaders. Carried along by the momentum of the Third Way, with which British PM Tony Blair and German Chancellor Gerhard Schröder, in particular, hoped to reform their national economies, these two leaders passed their ambitious aims onto the Community level. To the horror of many of their social democratic contemporaries, these aims were based on neo-liberal ideas, which Blair and Schröder had come up with the previous year in their joint paper “The way forward for Europe’s social democrats”. Is the Lisbon Strategy mainly market-based, or does it also contain “social” elements?

Everything’s there, from Kyoto to the discontinuation of subsidies

The declared objectives of the Lisbon Strategy are nothing if not multi-facetted. Yes, the Strategy includes such aims as “providing greater incentives for people to take up work” but it also seeks to intensify competition in the domestic market on the basis of strict neo-liberal concepts. On the other hand, more women are to be encouraged to work through the introduction of better child care provisions – here we can see that those who came up with the Strategy were envisaging mainly State intervention. The obligatory consideration of environmental issues also gives the Strategy a wide-ranging approach, with particular emphasis on implementing the Kyoto Protocol. However, time will tell which of these aims will be given particular importance.

Since 2001, the British Centre for European Reform (CER) has been documenting the measures that have been implemented as part of the Lisbon Strategy. Its findings on economic policy show that activities in this area have been very varied. As expected, there has been a policy of tax reductions. Belgium, Denmark and Ireland have all reduced the tax burden on the comparatively labour-intensive small and medium-sized businesses, and Estonia has abolished taxes on reinvested profits. Neo-liberal elements can also be found in Austria, among others, where the financial costs for business start-up have been reduced. This said, business lessons have been made a part of the curriculum in Belgian, Greek, Polish and Lithuanian schools. Before 2000 it was only possible to take such lessons in the “left-wing” northern countries. The far-reaching discontinuation of subsidies also forms part of the measures. According to neo-liberal theory, subsidies, with a few exceptions, should not be encouraged. The Lisbon Strategy is against providing direct help for certain sectors where competition is especially distorted. Grants for research and development and support measures for small and medium-sized enterprises, on the other hand, are most definitely allowed.

The examples given here show that the Strategy’s general statements of intent are actually being put into practice. The partial retreat of the State from certain economic areas plays an important role in those reforms, but fears of an Americanisation of Europe’s economy have so far proved unfounded. The Lisbon Strategy contains a wide range of proposals, which cannot exactly be described as blindingly original concepts, but which also do not restrict themselves to giving the (economically) strong more rights. The fact that Blair and Schröder are behind this approach is shown in the letter that they drew up together with France’s conservative President, Jacques Chirac. In it, they emphasise the need to modernise the welfare system by reducing costs but, at the same time, they point out the need to increase research funds by not only private means. They also call for more effective funding by the State to play a role in the support of new ideas.

The Lisbon Strategy can be criticised in many respects. For example, the CER says that the manner in which the project has been implemented is not as consistent and far-reaching as it should be, and the Lithuanian Free Market Institute has established contradictions in the content of the Strategy. However, the Strategy represents a serious attempt to solve the problems of our economic and welfare systems with wide-ranging measures, and in no way is it solely based on neo-liberal economic theories.