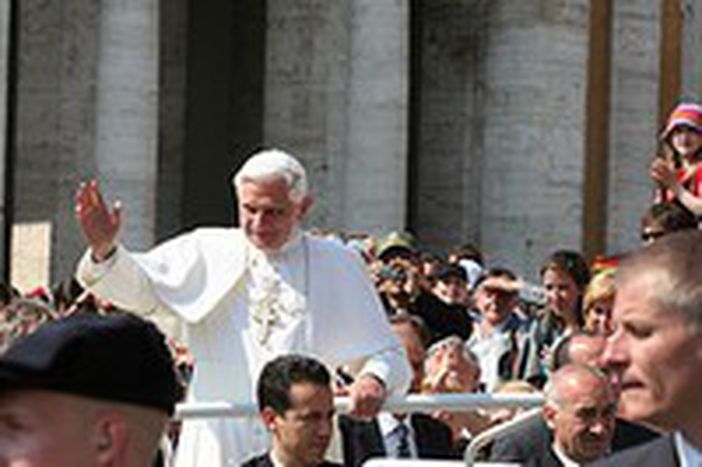 The Pakistan parliament claimed that the pope has to excuse himself for holding ‘hostile’ statements. Fawi Zezzaf, president of the Commission on religious dialogue for the Egyptian parliament, accused the pope of being ‘a liar’. Ali Bardakoglu, head of the Turkish administration for religion, says Pope Benedict XVI displays a ‘crusader mentality’.

All this huff and puff was provoked by Benedict XVI speech at Regensburg University on September 12. Those who listened to the Pope’s soft voice carefully would have detected with some surprise that he quoted the Byzantine emperor Manuel II: "Show me just what Mohammed brought that was new, and there you will find things only evil and inhuman, such as his command to spread by the sword the faith he preached".

Needless to say that his declarations provoked quite a scandal. And European commentators rushed to cool the hot potato: the pope was only speaking to academics and the quote he chose was somewhat unfortunate. The Pontifex Maximus was merely trying to stimulate the dialogue between different religions.

Is Benedict XVI simply a disingenuous professor who knows nothing of the discourse of world diplomats? Nothing can be further from the truth. Benedict's declarations at the Regensburg University were real political ammo.

In truth, he was not addressing the Muslim world but his fellow Europeans. Benedict XVI knows how many of them reject the achievements of the modern world. In a world dominated by reality-tv, Britney Spears' ring tones, protein drinks and climate change, people thirst after some sort of deeper meaning to their lives.

Yet these scared Europeans reject the arms of her old mother church. It all reeks of pre-modern deja-vu: No sex before marriage, obsolete image of women, discrimination against homosexuals and so on.

With his Regensburg speech, Benedict XVI wants to recall these lost lambs left out in the rain by the Catholic church, back to his dry quarters. His central quote is ‘Not to act in accordance with reason is contrary to God's nature.’ This is the key to his speech: Reason – individual freedom or self-determination – and Christian faith can be compatible. Benedict does not want to ‘put the clock back to the time before the Enlightenment and reject the insights of the modern age’.

But the pope takes a step further. This meeting of faith and reason is ‘the foundation of what can rightly be called Europe’. And there’s no room for Islam within it: ‘But for Muslim teaching, God is absolutely transcendent. His will is not bound up with any of our categories, even that of rationality’. This is actually the most scandalous sentence of the speech: Socrates and Jesus are Europeans whereas Mohammed can only aspire to becoming one.

The Turkish hard reactions and infuriation were not completely unfounded. This pope’s stance has clear political consequences. His vision of Europe is not compatible with the entry in the EU. His speech also raises another question concerning the 15 million Europeans whose ancestors lived in Europe for generations. Are they not European? During Benedict’s next visit to Turkey end October, we’ll see whether he has enough guts to defend his stance.

Whereas Pope John Paul II used public prayers with representatives of other faiths to conceal religious conflict from peace loving Europeans, Benedict XVI puts things more clearly. Media incense is not his thing. In Regensburg, he presented his solution to the European identity crisis and excluded Turkey from the boundaries of the EU. Now each and everyone must choose his camp. The European conservatives who do not want to see Turkey join the European Union can rejoice. ‘We have to determine who is European and who isn’t,’ stated the French Interior Minister ten days ago in Brussels. Pope Benedict XVI heard his prayer.