The Men Behind Kerry

Is knowing who is advising Kerry on foreign policy the key to knowing what the United States’ attitude to the rest of the world will be in 2005? 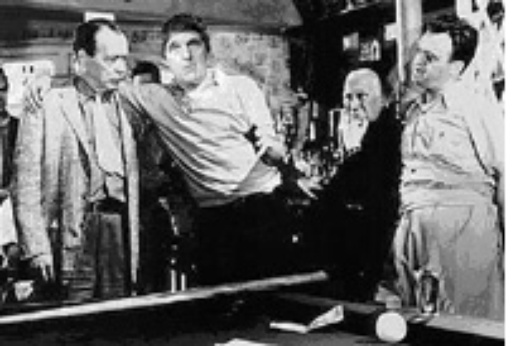 Who will be the Condoleeza Rice of the future? To overcome the now notorious gaps in his knowledge, George W Bush surrounded himself with a team of Rasputins, who were sometimes barely more cosmopolitan than him, but eminently familiar with the decision-making circles of American foreign policy. John Kerry, worldly and multilingual, divided his youth between a family home in Brittany and the Mekong delta, and is today a pillar of the Senate Foreign Affairs Committee. He hardly needs tutors to get to grips with the international scene. His advisors will probably play a less decisive and pre-eminent role than their predecessors if their party wins the election.

A feeling of déjà vu

On the other hand, the identity of these advisors can already provide useful indications with regard to the politics of a future Kerry administration. Kerry himself has remained extremely prudent in the formulation of his policies, preferring discretion and fearing the premature antagonism of any elector, guessing that the Bush team doesn’t need any help losing points in the polls at this stage of the campaign. However, that hasn’t prevented him from retaining among his advisors people such as Sandy Berger, Condoleeza Rice’s predecessor; Richard Holbrooke, the famous negotiator of the Dayton agreements which brought an end to the Bosnian conflict; and, above all, Randy Beers, who made a recent but notable entry onto the public scene by leaving the National Security Council with a bang after a 20 year career in the institution because of disagreements with the Bush administration. He is Kerry’s current main collaborator and he aligned himself to the Democrat candidate very early on in the campaign. Today, he is presented as the successor to Condoleeza Rice, a reflection of his origins.

However, these big shots are only the most directly implicated members of an illustrious panel. Who is in this Kerry team then and can we even talk in terms of a team? How well do they get on? How are they contributing to the campaign today? There are many answers which, without prejudging the final product, do provide some suggestions concerning Democrat foreign policy from 2005.

No ‘hawks’ surround Kerry. The formulation of his foreign policy is much more ‘decentralised’ and less partisan than Bush’s for many reasons. The members of Bill Clinton’s team scattered towards think tanks and consultancy firms in 2001 in typical Washington style after an election defeat. But they only left power three years ago and have not gone far. Sandy Berger created his own ‘Geostrategy’ and lobbying consultancy firm; Madeleine Albright teaches at Georgetown University; Richard Holbrooke became advisor to the Council on Foreign Relations and different foundations. They are all still influential in their own domains and a return to public affairs would be a natural step. Even more so since partisan feeling has been considerably reinforced in the last three years in the United States and the stakes of this election are much higher than those of the five or six preceding ones. In these circumstances none of the big names can resist putting their mark on the campaign and on a future Democrat administration.

John Kerry’s many experiences in terms of international relations widen the pool of potential advisors beyond the Clinton team. From his time in the army, he retains notable solid support from military officers, support which was precious during the primaries. Many senior officers, active and retired, have moved closer to him, such as the former Chairman of the Joint Chiefs of Staff, John Shalikashvili, ‘removed’ from his post in Spring 2003 after stormy relations with the Pentagon with regard to preparation for the war in Iraq.

During his two decades in the Senate, and in particular with the Committee for Foreign Affairs, John Kerry forged close relationships with moderate, ‘realistic’ Republicans who today are fighting against their party’s radical fringe. Republican Senators John McCain, Chuck Hagel and Richard Lugar are paradoxically very close to the Democrat candidate on foreign policy issues. A President Kerry would continue to foster the relationships of Senator Kerry and it is not beyond the realms of possibility that one of his Republican friends could even be offered a post within a possible Democrat administration. Then there are his Democrat friends in the Senate: Joe Biden, Gary Hart, Bob Kerrey. The progress of the primaries has left its mark on the entire Democrat campaign. Foreign policy was one of the subjects on which Democrat candidates were most divided. While Kerry is trying to unite the party after a particularly acrimonious campaign, he must take into account the anti-war feeling incarnated by Howard Dean, a feeling which threatens to give votes to the independent candidate, Ralph Nader.

Again, without prejudging the end product of their collaboration, if these different personalities were to enter the White House next year, two comments can be made. Kerry’s advisors may be aware of the new challenges post-September 11th, but diplomatic or military experience and experience of multilateral forums will be much more significant in their careers that in those of George Bush’s advisors, who are more used to seeing the world through the lens of Washington. They are pragmatic and aware of the realities in the field and the limits of an all-powerful America, sentiments formed by the resolution of conflicts in the Balkans and the now defunct Peace Process. Where the Bush administration has revolutionised both the end and the means of American foreign policy, Kerry’s advisors should apply old methods to new problems. If the White House does change hands, the most visible evolution will be one of tone and style, not content.