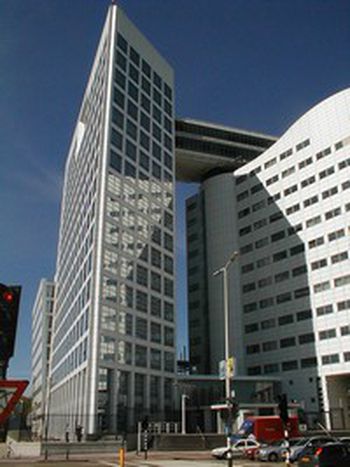 The ICC, a true fruit of hard labour, will hold its first trial on June 27 against the Congolese warlord, Thomas Lubanga. It is seen a key step in determining the ICC’s legitimacy

On March 20, having just arrived from Kinshasa, Thomas Lubanga was the first person to sit in the ICC’s dock. The prosecutor, Luis Moreno Ocampo, accused him of “having turned Congolese children into war machines.” In his defence, Lubanga claimed that he was a professional politician. The conflict in DR Congo has killed 60,000 people and left 600,000 displaced. It affected six states throughout the Great Lakes region. The opening statements were convoluted, but the Canadian President of the ICC, Philippe Kirsch, is confident. “The Court will expedite proceedings, whilst respecting the rules.” Trials are intended to last 18 months.

50 years have passed since the United Nations resolution of December 9, 1948, which anticipated the creation of an “international criminal court,” and its implementation through the adoption of the Rome Statute in July 1998. Today, the ICC is finding it difficult to establish its legitimacy, having been criticized for its universalist ambitions and lack of resources. It is said that a trial in The Hague, trying crimes that took place thousands of miles away, will not make up for the suffering inflicted on the people involved. Nevertheless, it is for this very reason that the Special Court for Sierra Leone wants to move the trial of the former Liberian president, Charles Taylor, to the ICC. It seems that justice is calmer when there is distance involved.

Underlying the need for international justice is the idea that no-one is above the law when it comes to the most serious crimes affecting the international community. Since the Nuremburg trials, it is the individual who is put on trial and not the state, which brings the myth of “collective responsibility” crashing down. “This means,” says Antonio Cassesse, professor of international law at the University of Florence, “that we can avoid putting the good people on one side of the fence and the bad ones on the other. In the former Yugoslavia, Serbs, Croats and Muslims all committed crimes. Individual responsibility and punishment allow us to overcome the hatred between the different groups.”

Despite the enormous steps taken by the military tribunals in Nuremburg and Tokyo in 1945-6, it was not until the Cold War ended that discussions began again. The ICC has thus been able to draw on the experiences of ad hoc tribunals established to try crimes committed in the former Yugoslavia and Rwanda, seen as testing grounds for international justice. However, the permanent nature of the Court, created through consensus, has caused distrust, meaning that it has a more limited remit than that of its predecessors. It cannot try crimes committed before August 1, 2002, the date its statute entered into force, and it must play second fiddle to national jurisdictions, whereas the ad hoc tribunals benefit from the principal of primacy in the legal hierarchy.

The ICC’s remit allows it to try the most serious violations of international law: crimes against humanity, genocide and war crimes. However, there are grey areas regarding the wording of its jurisdiction. The definition of genocide – the intentional destruction of a group because of nationality, race or religion – excludes ideological or political persecution. However, the door remains open because its statute will be revised in 2009, which could allow its jurisdiction to be extended to treaty crimes: terrorism, drug trafficking and international organised crime.

The ICC has had more success than people expected, particularly with the small countries that fell head over heels to ratify the Statute: Sierra Leone, Colombia, Macedonia and Burundi. Today, the ICC has 100 member states, encompassing almost half of the world’s population. However, the absentees – the USA, Russia, China, Israel and India – are notable. The ICC only has jurisdiction over crimes committed on the territory of its members, or by its subjects, meaning that it is geographically very limited. Nevertheless, there is still hope, since the United Nations Security Council can refer it cases that are outside its remit. In March 2005, faced with pressure from the US, itself not a member, the ICC received the brief for the difficult Darfur case, since Sudan is not member of the Court.

The ICC suffers from being a form of justice without a police force or enforcers, relying on the goodwill of its member states to be able to investigate. In the two investigations carried out in DR Congo and Uganda, the Court’s cooperation with local authorities was criticised as being contrary to the impartiality of the enquiry. According to Antoine Garapon, the Secretary General of the Higher Institute for Justice Studies, the ICC will have to “invent a synthetic product: room to manoeuvre between the application of criminal justice and considerations of international politics, because the two cannot be separated.”

The success of the ICC will be measured not only in the light of the trials it holds, but by its obstinate refusal to grant impunity. This means that it have to act as a deterrent before any legal proceedings, encouraging states to respect international law within their territory before trying to enforce it in The Hague.