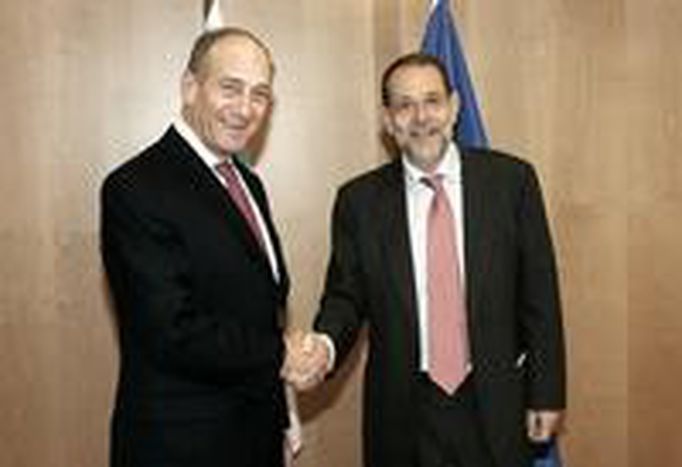 In relations with Israel, the EU is walking on eggshells. While their commercial and historic ties remain strong, there are numerous points of friction between Israel and the EU.

The straw that broke the camel’s back

There are numerous examples of the discord that characterises the ambiguity of the relationship. Last February, the EU, who are the main source of funding for the Palestinian territories, granted E120 million in aid to Palestinians. This was just after Hamas, a movement labeled a ‘terrorist organisation’ by Brussels, swept the board in the country’s recent general election. One week later, the Israeli Minister for Foreign Affairs, Tzipi Livni opted to block the transfer of tax revenues collected by the Israeli government on behalf of the Palestinian Authority to the new Palestinian government.

Many agreements tie Israel and the EU; amongst them the new European Neighbourhood Policy (ENP), adopted in December 2004. In the spreadsheet world of economics, the EU is Israel’s number commercial trading partner with the total volume of trade in 2004 surpassing €15 billion. What’s more, grants are awarded to Israeli film directors and scientific cooperation agreements are frequently signed.

In June 1980, in its Venice declaration, Europe showed its support for the peace process in the Middle East. In this document, the EU affirmed the right to self-determination for the Palestinian people and highlighted the illegality of the Israeli occupation of their territories. Since then, the EU has tried to achieve a resolution to the conflict through its participation in the ‘quartet’ (the US, the EU, the UN, and Russia) and by seeking to apply the road map for peace, through its special envoy in the region.

Yet, the Israeli government doesn’t always appreciate European meddling in their internal affairs. The EU frequently refers to the Israeli "separation wall" being built in the West Bank to protect the Jewish state from suicide bombers, as the “wall of shame”. Indeed, the EU approved a 2004 UN resolution calling for its destruction. A deeper cause of discontent in the Israeli camp is the perception that Brussels has always shown itself to be more attentive to the suffering of Palestinians, than to the plight of the Israelis. It is this view which provokes strong feelings of injustice and resentment towards not only the institutions of the EU, but also its citizens. In 2003 a poll published by the Commission caused a clamour of indignation in the Jewish community when it revealed that 59% of Europeans sampled considered Israel, before both North Korea and Iran, as the biggest threat to world peace.

Israel’s evacuation of 7,500 settlers from the Gaza Strip and the West Bank in the summer of 2005 elicited a thunder of applause from the international community, with none clapping louder than the EU. In an official speech in August 2005, the EU “praised the courage of Ariel Sharon, the then Israeli prime minister, and his government for having put in place a plan of disengagement […], an important step on the road map to peace.”

Following Ariel Sharon’s dramatic exit from Israeli politics, Ehud Olmert, the interim Israeli prime minister gave cause for hope when he expressed his desire to negotiate with Mahmoud Abbas, the leader of the Palestinian Authority. But after Hamas’s victory in the general election, he made a rapid about turn: no negotiation was possible with “terrorists”, unless Hamas disarmed and recognised Israel. It is at precisely this moment that Benita Ferrero-Waldner, the EU Commissioner for External Relations, announced a “very substantial package of assistance to the Palestinians to meet the basic needs” of the population, of which €17.5 million will be spent on the salaries of the transition government. Sagi Karni, a member of the Israeli diplomatic mission to the EU puts the grant into perspective, “it’s first and foremost humanitarian aid. Israel marks a sharp distinction between the Palestinian people and the future Hamas government”.

Despite this, in March last, as if to show his discontent, Ehud Olmert expressed his desire to set “the permanent borders of the state of Israel”, without delay. No doubt a polite way of informing the international community that if negotiations with the Palestinians don’t make rapid progress, the Israeli government is prepared to unilaterally impose the future boundaries of the region. The fact that members of the European parliament recently condemned the Israeli army’s raid on a Palestinian prison in Jericho risks further fanning the flames of an already overheated relationship.