The Economy: Those Unfinished Reforms

The CAP has caused nothing but grief and the Lisbon Strategy is finding it difficult to get going. Nevertheless, it is also true that… 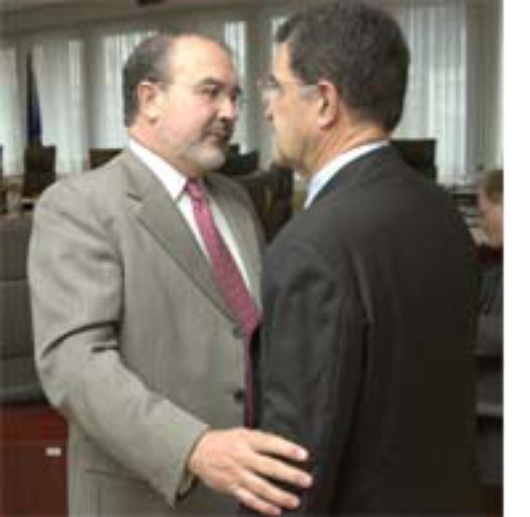 The Prodi Commission has been perhaps the most ‘political’ in the European Union’s history. More than any other, it has tried to redefine its own role in the Community’s institutional architecture. Prodi’s aim – well illustrated in his constitution, Penelope – was clear: to contribute to moulding the rules which would confer on the Commission the duties of a real trans-national executive.

The project was ambitious and, perhaps, too much too soon, but Prodi has been recognised as having an indisputable medium to long term political vision. Even if, unfortunately, equal political realism has not corresponded to the breadth of this vision, often reducing the Commission to playing the role of Cerberus to the Community’s rules. In any case, the result is disappointing: despite Prodi, the draft constitutional treaty, created by the Convention and due to be approved by Heads of State and Government, with some modifications, at the Dublin summit on June 17th, is unsatisfying. Putting the Council at the centre of the political life of the EU perpetuates de facto the democratic deficit of the institutions and feeds disaffection among European citizens.

But how has the Commission distinguished itself in terms of the economy, an area which already grants it greater freedom for action?

Let’s take the Lisbon Strategy which foresaw making the EU’s economy more dynamic in the world by 2010. In the light of recent events, this aim smacks more of naivety than a serious economic-political proposal. Taking such ambitions seriously is impossible because the necessary political desire to achieve them is lacking in Europe. Result? The Union is continuing to lose credibility. Meanwhile, levels of GDP growth in China and India are fairly steady at about 10% with about two billion inhabitants; the USA is sitting at about 4.5% mainly thanks to the development of progressive sectors; and South East Asia is doing no less well. And that’s not all. In all these counties unemployment is in sharp decline. So, what is still being discussed as a proposal in Europe is already a reality in the USA, and Asia is coming up quickly behind.

The EU needs reform in a large number of sectors, from agriculture and finance to basic and applied research. Of all these areas, however, agriculture indicates the most immediate negative consequences. The Common Agricultural Policy (CAP) represents a clear distortion of the internal structures of the European market. It represents mistaken production incentives, and it maintains high prices for agricultural goods. It reflects the European inflation rate and, consequently, has a negative impact on the perception of the euro, which is unjustly considered as responsible for the leap in inflation. Responsibility should really be concentrated on the inefficiency of various overprotected sectors which have not been the object of market oriented reform.

But defence of the CAP does not just have an effect within the EU. Abroad, defending the CAP was the reason for the Commission’s contribution to the failure of the WTO and Cancun negotiations - thus allying itself to the USA’s protectionism. These negotiations could have contributed to helping developing nations increase their own exports and helping consumers in developed nations to buy the same goods at lower prices. The negative effects of the CAP are most strongly felt by weak African economies which, by force of circumstances, can mainly put forward raw materials and agricultural products.

A cause of pride

The Commission has, however, achieved two important results in terms of foreign policy –enlargement to Eastern Europe and the anti-trust policy. Enlargement of the EU to ten new countries is concrete evidence of opening up further afield. The EU is not a fortress but an institutional cluster. The difficulties connected to enlargement must not allow us to forget the historic significance of this event, where the European people has the chance to come together to co-ordinate its social, economic, legal and cultural models.

The tangible sign of the strength of the EU is also in its knowing the importance of imposing rules, not only within its borders but also beyond. Through the anti-trust policy, the United States has been able to measure this strength, not military but economic, cemented in legal rules, which are valued within the EU but which also have trans-national effects.

Finally, still on the foreign front, I can also point to the free trade treaty with Brazil, the end of the EU-Russia negotiations to join the WTO, and dialogue with Turkey and other Mediterranean countries. Dialogue with the Mediterranean can be fundamental for providing the possibility of social stability and economic growth. Enlarging the EU to include Turkey will perhaps be the EU’s biggest foreign policy challenge in the next few years. The report on the state of the dialogue between the EU and Turkey will be the last big official act of this Commission in the autumn. The hope is that it manages to combine a long term vision which contributes to achieving the aspirations of the Turkish people with the necessary political realism, where respect for human rights and the foundations of liberal democracy is something widely shared.

There are therefore two clear sides to this Commission: success abroad, led by a wide-reaching political vision which agrees with the political interests and values of the principal EU countries (dialogue, inclusiveness, enlargement), and inefficiency within the EU where the Council has managed to prevent the Commission from redefining its own political role. Marrying these two sides, the Union seems to have maximum strength when it sets itself up as a body bringing people together and, leaving an internal structure which is still very weak, demonstrates a dimension of stability and security abroad.