The Commission Which Wanted to Be a Government

The European Commission led by Romano Prodi has tried to strengthen its role - which is all well and good. Now is the time for assessment. 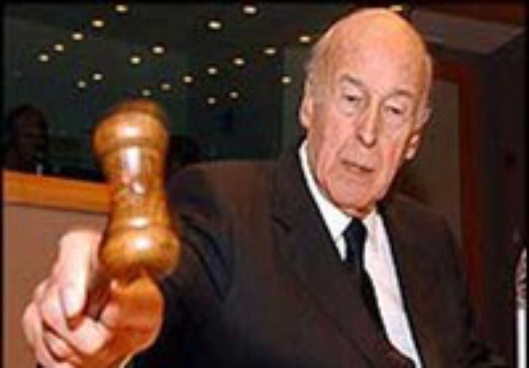 ‘United in diversity’ or ‘The last one to leave should turn off the lights’? The people in charge of the Community’s communication strategy should change the EU’s slogan. Not least because more and more members of the Prodi Commission are turning to national politics: Solbes to Spain, Diamantopoulou to Greece, Barnier to France and so on. And Prodi himself? Not the President of the Commission. He is sitting tight in the saddle - despite his hyperactivity on the Italian political scene in his position as leader of the centre-left party as the European elections approach.

The time has come, therefore, for a political assessment of the Commission in all areas.

And not only because the European executive has gone into ‘stand-by’ mode, something which will only be interrupted in the Autumn when the Commission will have to give its opinion on the extremely thorny issue of Turkey’s membership to the EU. But also because no other Commission has had, demanded and boasted of so much power - thanks to the evolution of the Treaties, the protagonism of a career politician like Prodi, and the desire to carry weight – not least through the media - in public debate. Remember how the President of the Commission called the Stability Pact ‘stupid’ in 2003. Or consider the strong personality of a Pascal Lamy in terms of trade policy or a Mario Monti, who has become the waking nightmare of American corporate giants such as Microsoft or General Electric.

…which the EU really needed

But, from the point of view of making the European institutions more democratic, this attitude is anything but negative. It contributes to making the work of the people who govern an increasingly authoritative EU more visible, to subjecting them to checks and balances by the media and the European Parliament, to incarnating the principle of responsibility –accountability as they say in London – which the EU desperately needs.

This is why café babel, before the rest of the media, has chosen to kick off the debate - open and pluralist in its usual style. Because it is by both criticising and applauding, by railing against those who govern us and by admiring them that we can cross that democratic gap which, otherwise, risks becoming an abyss.

Certainly, Prodi has failed in his attempt to reform European ‘governance’. The desire was already apparent in his policy statement in 2000 which was then translated into a constitutional project, Penelope, which aimed to turn the Commission into a real Community executive. But why has this idea not been successful? The politician from Bologna is certainly not entirely blameless. According to one top Commission official – who preferred to remain anonymous – the text was presented without the slightest sensitivity: ‘The President of the Convention, Giscard d’Estaing, saw Prodi’s move as a personal affront’. And the project fell through. But that’s not all. The Commission itself opposed the idea of making itself more political, remaining tied to the myth of the super-partes ‘guardian of the Treaties’ which is relegated by the Community tradition. And that is the contradiction and biggest failure of the Commission led for five long years by Romano Prodi.

Writing for café babel, Nicola Dell’Arciprete described them as ‘the most intense years of European history in the post-war period’. Not least thanks to the legacy of Maastricht. It was here that enlargement and the euro were first launched; the historic results were achieved by this Commission.

The Prodi Commission has accompanied the gradual development of the EU very well. But it has not managed to revolutionise the institutions which are now facing paralysis. It’s not a great legacy for a Commission which wanted to be a ‘government’.