On the 11th of April, the Indian conglomerate Tata Steel announced its withdrawal from the United Kingdom, the consequences of which could be felt all over Europe. To understand this latest steel crisis, we spoke to French MEP Édouard Martin of the Socialists & Democrats – a former steelworker and big defender of the industry – to shed some light on the situation.

Édouard Martin – MEP since 2014 – is a steelworker by training. He is also the former trade union leader of the CFDT (French Democratic Confederation of Labour), and was very active during strikes in Lorraine over preventing job losses in the Arcelor-Mittal factories between 2008 and 2013. We arranged a meeting to get to the bottom of the latest crisis to rock the European steel industry.

cafébabel: What can you tell us about Tata Steel’s withdrawal from the United Kingdom?

Édouard Martin: In the midst of a worldwide steel crisis – because of unfair competition from China extravagantly cutting prices – the European Parliament and part of the Council of the European Union are hoping to modernise trade protection, initiating higher custom duties than those currently charged (as high as 300%). Many countries are opposed to this, among them the United Kingdom.

The management of Tata Steel based their decision on UK political positioning. They believe that if the government is not ready to defend its own industry, there's no other option but to withdraw. Given that the company loses around a million euros a day, it feels like it can no longer kept this up.

cafébabel: Does this new crisis fit into trends of structural changes within the industry over the last few years?

Édouard Martin: 2007 and 2008 were very prosperous years, which saw billions of euros in profit. But the subprime crisis indirectly affected the steel industry. Between 2009 and 2011 there was a drastic decrease in demand for steel production and markets took a tumble. People stopped investing. We were buying less.

Now the problem is not demand but price. Not a single industrialist is earning money from selling steel. An OECD (Organisation for Economic Co-operation and Development) study from last week shows that Chinese producers lose 55 dollars on every tonne of steel produced. But as they rely on public subsidies, they keep on exporting and gaining an ever-increasing market share. Between 2013 and 2015, China almost doubled the level of its exports.

cafébabel: What measures would you recommend?

Édouard Martin: I've produced a report on the subject. In this report I point out how dangerous these Chinese trading practices are. We need to show China that it's impossible to keep on moving in this direction. Everyone loses out. Since the beginning of the year, the OECD has been asking China to decrease its production, but they still refuse.

We need to raise custom duties as high as is necessary to mitigate the damages we are suffering. As Tata Steel withdraws from the United Kingdom 15,000 jobs are directly under threat. For each job that goes, three more will be put in danger. Two steel mills in Spain, one in the Val d’Oise in France, and many others throughout Europe are already in jeopardy.

2016 will be a key year. Either the European Union takes quick, pragmatic measures to save steel by implementing new trade protection mechanisms, or we do nothing. In that case, I fear that by the end of the year other big companies will be throwing in the towel.

China has reluctantly committed to decreasing production by 100 to 150 million tonnes – but only over the next decade. This deadline is too far in the future: by the time we reach it a lot of damage will have already been done. Also, China has been promising that it would decrease production for 15 years, and nevertheless it is ever increasing.

The real question is: "Do we still want a European steel industry?" There is no qualified majority at the Council that would allow me to answer "yes". 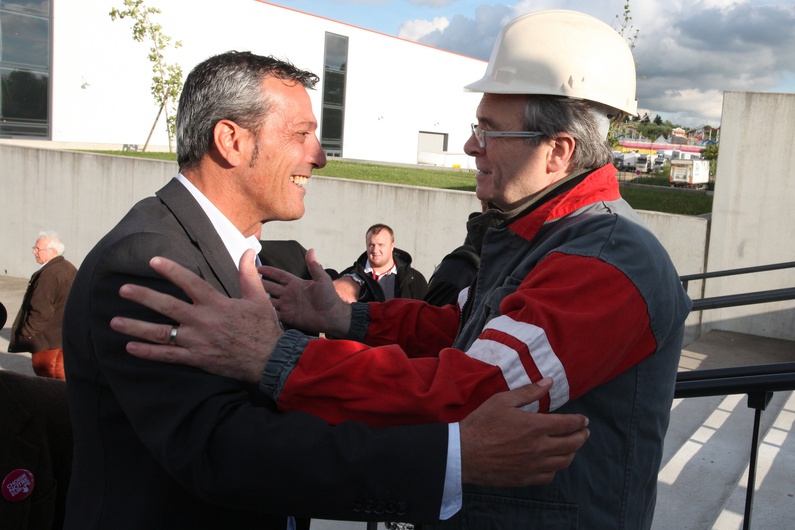 cafébabel: Where do the different member states stand on the issue?

Édouard Martin: If I had to generalise, I'd say that Europe is divided into two parts. Northern countries are opposed to the modernisation of trade protection mechanisms because of their dogma. They're against protectionism. They think that even if they lose out in the steel industry, they will win in others – and they want to keep up a strong relationship with China. On the other side, southern countries – among them France and Germany – want to adapt our currently inappropriate protections.

David Cameron wept crocodile tears when the Redcar Steelworks announced its closure (5,000 jobs lost), and when Tata Steel decided to withdraw. He's pretending to be moved whilst blaming Brussels for the damage. Meanwhile, the UK’s Chancellor of the Exchequer is the first in line to oppose modernising trade sanctions.

cafébabel: What do you think about the UK's support plan, announced last week?

Édouard Martin: I really struggle to understand Cameron’s position. He's always been against state intervention in private companies, saying such industries should adapt to competition. But he also can't face a country in which employees are paid 200 euros a month for 60 hours of work a week.

Under pressure from workers and public opinion, Cameron finally announced that the state would be taking over 20% of the factory's running costs to allow it to keep up production. It doesn't make sense. He's announced that he's going to ask British citizens to pay for it. He could have saved steel by voting in favour of trade protection mechanisms that wouldn't have cost a penny. We know that China is always ready to take retaliatory action when it comes to trade, and that it reasons in terms of power relations. I think that Cameron’s position isn't too far away from that. 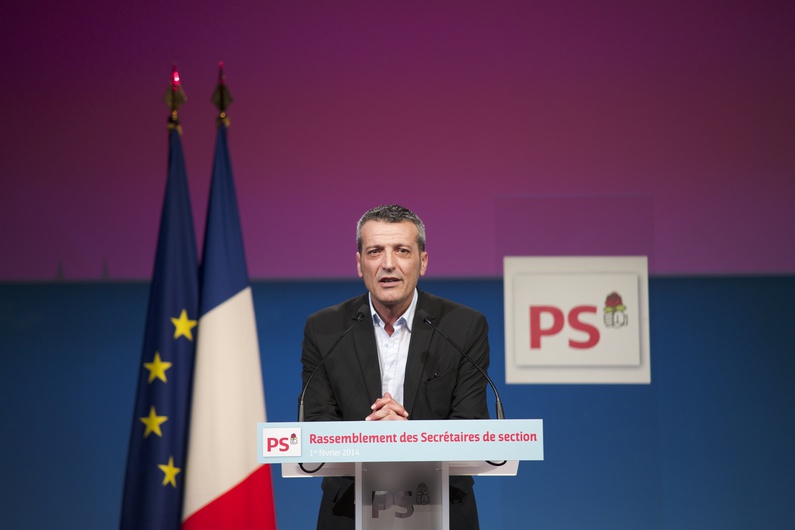 cafébabel: Due to your position as a former steelworker, are you particularly in demand by industry and labour organisations?

Édouard Martin: I became a candidate so that I could defend this industrial sector. If there's one place where we can succeed in this protection, it's Brussels. My first job after I was elected involved a tour of Europe, meeting trade unions in every country, as well as CEOs and NGOs. It took me a year.

Industrialists came to see me. I told them that they were partly responsible for the current crisis, because since 2008 the sector has been suffering from a lack of investment. However, they're still asking for help. They were awarded the right to freely emit CO2 that was supposed to benefit investment, but these commitments were not coercive enough. They later sold their quotas, gaining billions of euros that then benefitted their shareholders.

We use around 170 million tonnes of steel every year in Europe. If China manages to force European producers to bend the knee, we will be entirely dependent on imports. In one sense, this could be a problem when it comes to quality. In another, in the case of a monopoly, China could set whatever price they wanted, just like OPEC (Organisation of the Petroleum Exporting Countries) does with oil.

So yes, we need to put protections in place for the steel industry. I realise the importance steel has within our borders: economically, socially and environmentally. As a reminder, European factories are those that pollute the least. After COP21, we need to encourage producers to make clean steel. As Saint-Exupéry would say: "We do not inherit the earth from our ancestors; we borrow it from our children." We have to take action.