Spanish elections: Begging for the right to vote

Since universal suffrage was established, any citizen of a democratic country has secured the right to vote... in theory at least. Since 2011, Spaniards living abroad have to request their right to vote through a mechanism known as the "voto rogado", or begged vote. But what does it mean to have to "beg" for this right?

As elections approach – whether on the local, regional or national level (as is the case with elections in Spain on the 20th of December) – citizens living outside their own country have to face potential hurdles that may hinder their right to vote. While in some states (such as France) this is as simple as authorising another person to vote on your behalf. Spaniards have to fight a little – or a lot – more.

What is a "begged vote"?

Since January 2011, Spanish citizens residing in a foreign country do not secure their active participation in elections. In order to vote, they must apply – or "beg for" – this right. Although it might seem a simple procedure, it has become a nightmare for those who want to exercise their right to vote during Spanish elections.

The first difficulty that expats face is misinformation. Many people don’t know the procedure to follow in order to vote from abroad. It is for this reason that groups such as Marea Granate have mobilized to explain the necessary steps to take if expats want to vote in the general election.

Election officials do not make it easy. For example: on the 31st of July, the government closed the census without prior notice, which multiplied the bureaucratic procedures for those who had not previously registered.

In theory, the procedure of the "begged vote" is similar to registering on the electoral roll. Or it would be, at least, if the process was equally simple in both cases. In practice, the "begged vote" restricts universal suffrage because, although technically it should not prevent any voter from exercising their right, low voter turnout overseas has demonstrated that reality is somewhat different. 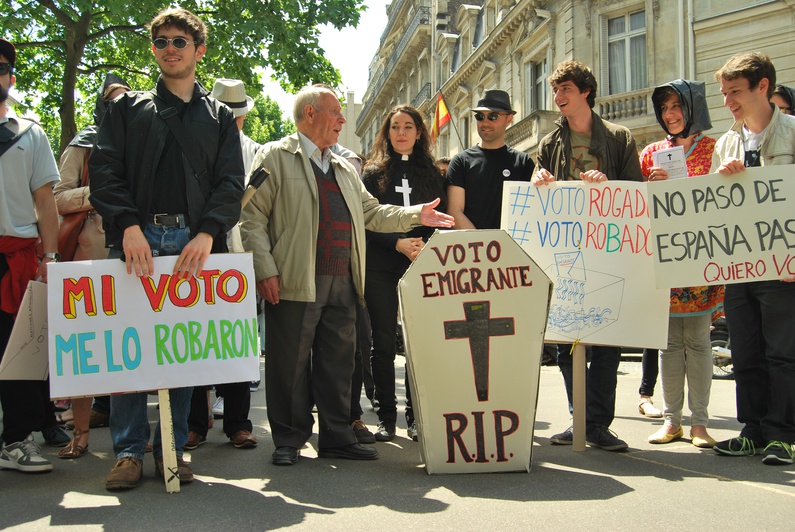 What lies behind these obstacles?

Infinite visits to Spanish consulates to submit documentation (online procedures have not yet been activated, although they are used for many other administrative issues), and ballot papers that fail to arrive on time… Endless difficulties lead's one to suspect that the aim of all this is to discourage expats from casting their votes. This vote could in many cases be being turned into a “punishment vote” for all those who left their home country in search of opportunities, usually employment based, abroad.

Without going into too much detail, in the first general election after the "begged vote" entered into force in 2011, only 5% of Spaniards voted from abroad. What are the predictions for the 20th of December? Only 115,000 out of more than 1,875,000 expat Spaniards registered to vote in these elections, just 6%.

The 11 measures outlined by the collective DosMillonesDeVotos (TwoMillionVotes) have not really served their purpose. This collective – bringing together 50 lawyers and legal experts – was created to denounce the numerous bureaucratic obstacles faced by Spanish voters, and to propose multiple solutions.

Having reached the deadline for requesting the vote with 94% of Spaniards living abroad not registered on the electoral roll, the collective Marea Granate has launched an ambitious campaign; an attempt to play one final card that would allow many of these expatriates who have been left out to vote in the elections. The #RescataMiVoto (#SaveMyVote) initiative intends to bring together Spanish expats with people in Spain who politically abstain, so that the latter vote on their behalf. At the time of writing, the vote of 941 expatriates have been “saved". 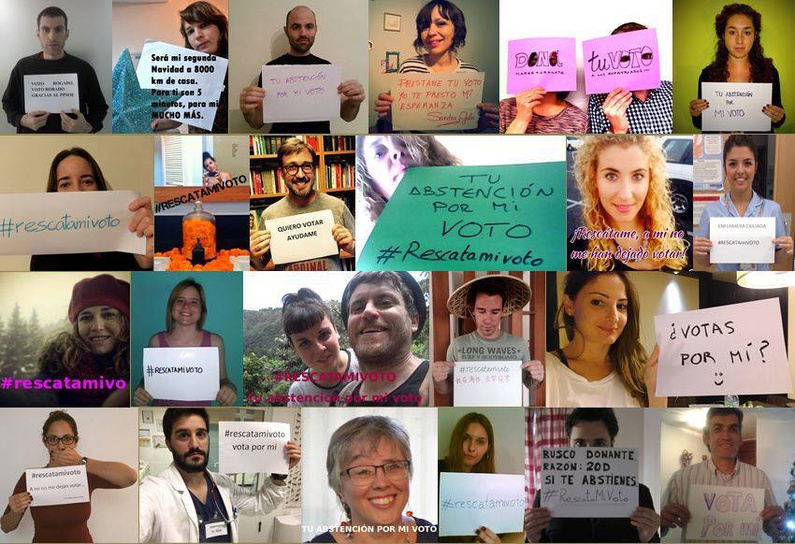