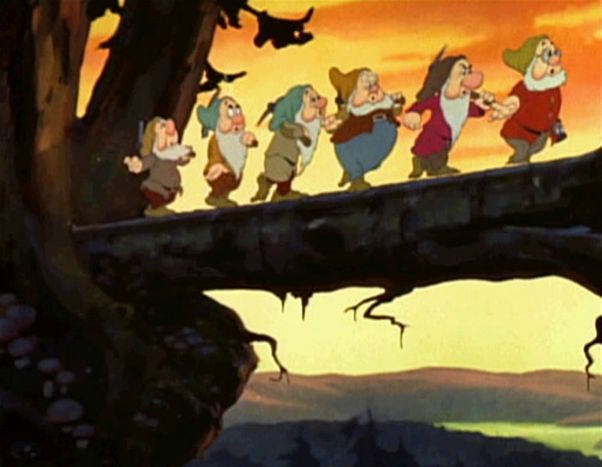 Snow Europe and the 27 dwarves 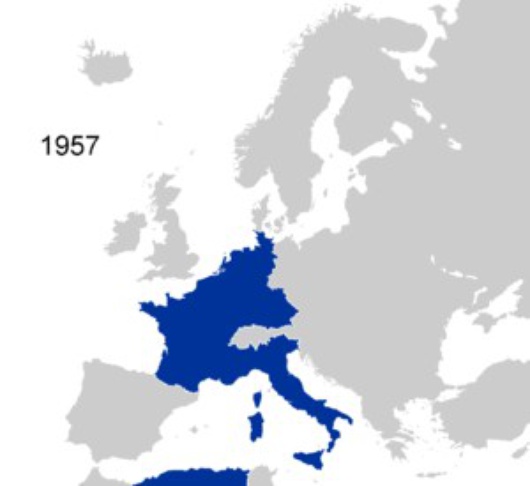 After world war II ended in 1945, France wanted to prevent Germany from posing a threat ever again. Based on an idea by French politicians Robert Schuman and Jean Monnet, the European coal and steel community was formed. This was to make a new war not only unthinkable, but also materially impossible. After some initial hesitation, the Benelux states and Italy also joined. The ECSC was born on 18 April 1951

In France, the communists and Gaullists (in favour of French independence from foreign power) rejected the ‘Schuman plan’. In 1954, they overturned the European defence community project in parliament. For the first time, Europe found itself at an impasse. The Messina conference on 2 une 2955 was intended to find new ways out of the crisis. After marathon negotiations, initial plans for a single European market finally came together on the last night. Belgian statesman and socialist leader Paul-Henri Spaak wrote about the conference afterwards: ‘The sun was rising over Mount Etna as we emerged from the negotiation room, tired but satisfied. Significant decisions were made.’ These decisions led to the signing of the treaties of Rome and the beginning of the European economic community 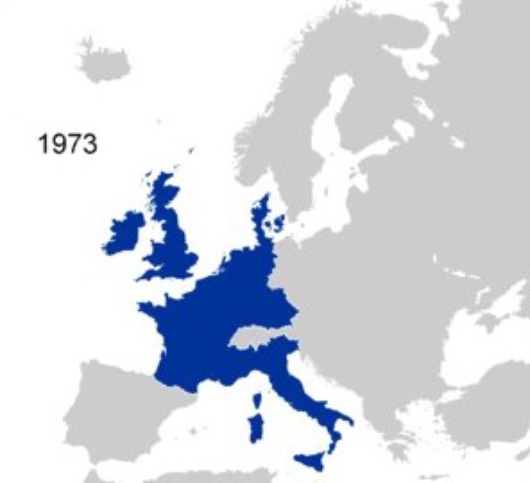 Great Britain had supported the European integration process but was not itself a founding member of the ECSC. In the mid fifties, co-operating with the Commonwealth was still important, but when the British first came knocking on the door of the EEC in 1963, president Charles de Gaulle vetoed the action, fearing the United Kingdom could be a Trojan horse sent by the USA. The first EEC enlargement was postponed by a whole decade.

Ireland, Denmark and Norway also decided to begin membership negotiations. A referendum took place in both Scandinavian countries before the enlargement, but whilst most Danes voted in favour of joining, the opponents of the EEC were victorious in Norway, leading to a governmental crisis 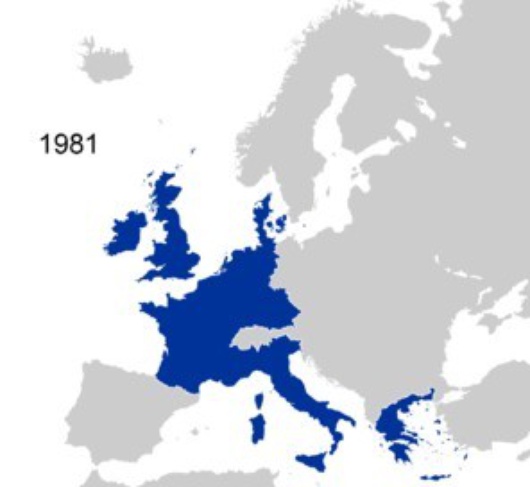 In 1974, following the end of the military dictatorship, Athens applied to join the EEC. This application was strongly supported by the member states, as it would consolidate the new democracy. Until well into the 80s, the Atlantic states and a catholic-protestant legacy formed the core of the community, but the face of the EEC changed when Greece joined. The Mediterranean, the Balkans, an Orthodox population and an antiquated economy made for increasing diversity within the Union 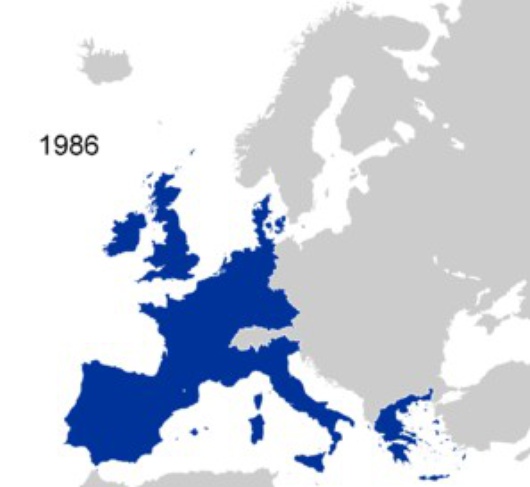 Since the mid seventies, Spain and Portugal had also been controlled by military dictatorships. Due to their long political and economic isolation, the third enlargement increased the north-south divide within the EEC. With 321 million inhabitants, however, the EEC represented the world’s largest domestic market, overtaking the Soviet Union and the USA 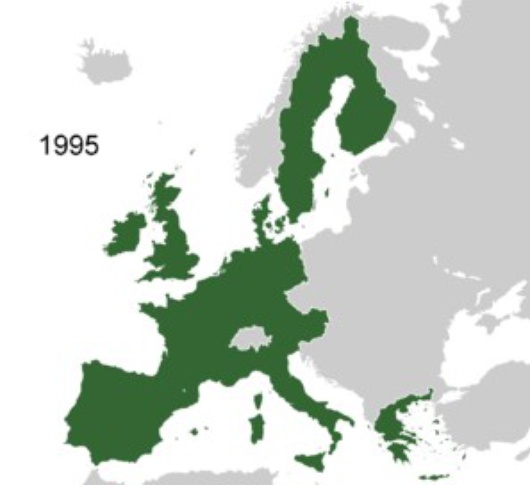 Since the four countries to be incorporated already belonged to the European economic area, the fourth enlargement was the quickest. However, following a referendum, Norway once again turned its back on the EU. The other countries concerned were not exactly enthusiastic about the subject of Europe either. Swedish EU supporters, for example, concentrated on practical details rather than grand visions; after the enlargement, it was permitted to import up to fifteen litres of beer from Germany 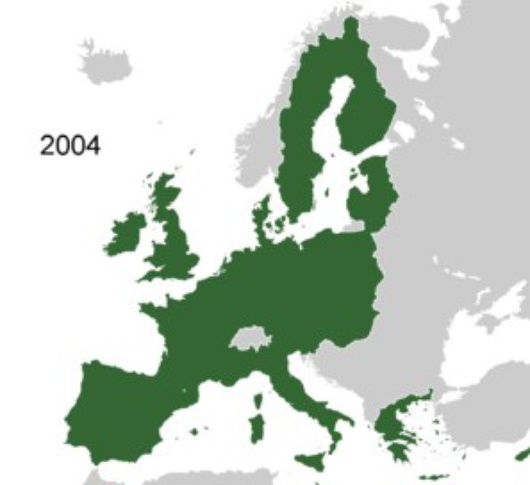 To end the division created by the Cold war and ensure peace in Europe, eastern and central European states were to be integrated in the EU. For the first time, questions were asked about definitive borders within the Union, as well as the values to be upheld by the community. In addition, for the Union to be enlarged by a further twelve states, European institutions – above all the commission – had to be reformed. Europe’s new diversity was in evidence in the translation offices of Brussels: following the fifth enlargement, all texts and documents were translated into the twenty official languages of the community.

Plus Bulgaria and Romania = twenty-seven states 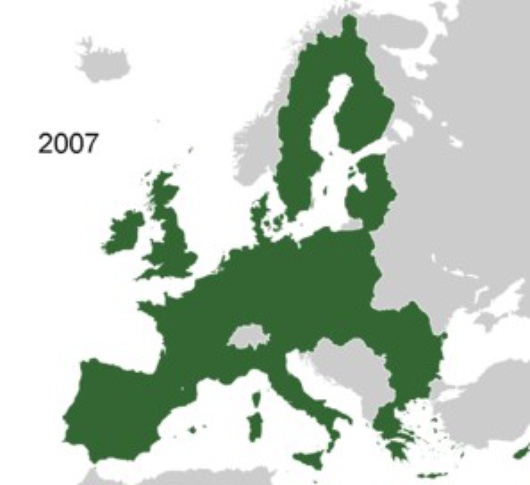 Bulgaria and Romania applied for membership at the same time as the other eastern European states. During the negotiations, however, their progress in implementing the required reforms was continually found to be unsatisfactory. The administrative and judicial structures in place in 2004 were not yet sufficient to guarantee a free market economy and to implement the legal rulings of the EU. At the end of 2006, the EU commission gave the green light. However, both countries must continue the fight against corruption and organised crime