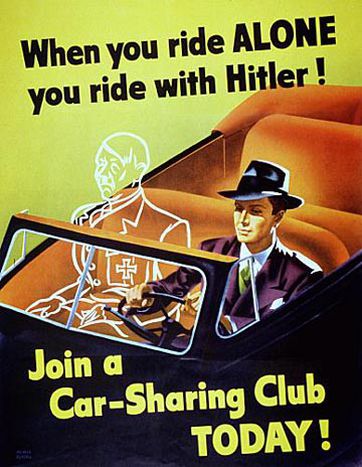 The environmental concept of sharing a car with other drivers and passengers was born in Europe in the eighties. Skim of the continent's alternative transit surface, plus some popular websites

How big and beautiful Europe seems now that there are no border controls! Even people who’ve barely heard of the Schengen agreement can take advantage of it at least once a year during their summer holidays to Cyprus or Norway. Europe could be a land of the free-to-roam – if it wasn’t for money troubles. What good is wanderlust without finances? Even a free European can’t get that far into his neighbouring countries without enough euros.

Clearly this is a problem that mainly affects young people, students, and those who still have a few rungs to climb up the career ladder before they can splash out on weekend trips to Prague. The solution, ‘car-sharing’, is not necessarily a new idea. The best known German car-pooling agency, ADM (‘arbeitsgemeinschaft deutscher und europäischer mitfahrzentralen’), has operated across the country for many years. The same goes for the ICS in Italy (‘iniziativa car sharing’). France’s FEDUCO (‘fedération du covoiturage’) is a younger organisation, but has enjoyed a lot of popularity in its first few months. However, while these networks often demand a placement fee, or complicate signing up to their club with formalities like membership costs, a parallel internet community has sprung up alongside agency-run schemes to offer cheap lifts without the bureaucracy.

There are almost too many different internet car-sharing sites to count, most of which act as a ‘noticeboard’ where people can post a ‘lift offered’ or ‘lift wanted’ ad. For France alone, Parisians with experience of car-sharing cited around eighty specialist websites. That’s why the more well-known sites with the most traffic – such as mitfahrgelegenheit.de (Germany), trasportiamoci.it (Italy), covoiturage.fr (France) or autospolujizda.cz (Czech Republic) – are often the first post of call. These platforms don’t only offer short trips within your own country; you will also find offers for longer journeys into other countries. 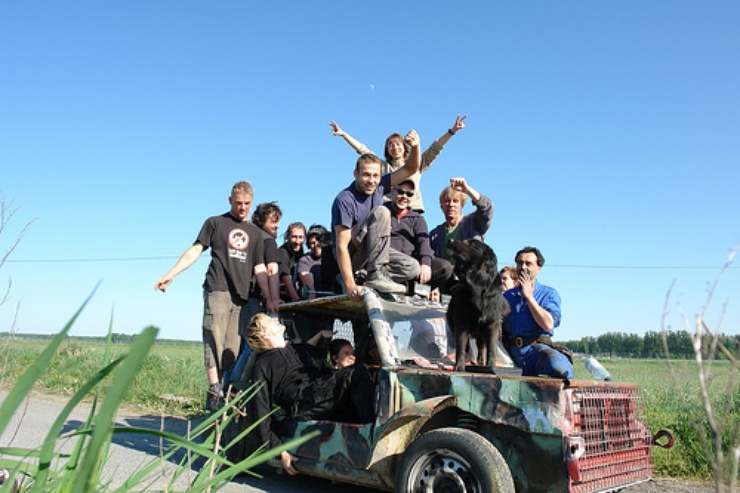 The advantages of car-sharing are obvious: apart from lower levels of pollution, which can be significantly reduced by having fewer cars on the road, the other reward for your ecologically and socially responsible behaviour are much lower travel costs for both driver and passenger. Incentive enough to get out of your own car, leave the train to one side and take up a car-sharing alternative. For example, a car-sharing trip from Paris to Prague in the peak holiday month of July was offered on covoiturage.fr for just 40 - 60 euros (£34 - £51). Making the trip via Frankfurt with French and German railway groups SNCF and Deutsche Bahn would, on the other hand, come in at a hefty 106 euros (£91).

Cheap flights don’t compare either - you always have to take into account the journey from the airport into town, whereas with car-sharing, you can decide where you’ll be dropped off. Aside from the financial gains, there’s also another pleasant side-effect – lonely hours on seemingly interminable motorways are a thing of the past. Meeting friendly and interesting people to share a trip with can turn the car-sharing experiment into a real experience. Who else has had the opportunity of travelling across the continent with two Germans, a Czech guy, a Moroccan girl and a dog?

Anna, an American exchange student in Paris, tried it out. Although sceptical at first when a German friend suggested they car-share their way to the Balkans, she soon got used to the idea. ‘To start with, I felt a bit funny about it – I hadn’t done something like this before. I don’t even know if you can do something like this where I’m from! So I wasn’t sure if I wanted to initially, and I had all kinds of crazy suspicions about the person offering us a lift.’ But he turned out to be a perfectly nice electrician who makes the trip from Berlin to the Czech Republic every day and was sick of spending hours alone in his empty van. Everyone’s a winner: Anna picked up a few words of German and Czech, Sonia told everyone about Morocco. ‘It was really great,’ says Anna. ‘I would never have thought a car journey could be so interesting – even if the dog smelled quite bad!’ The excuse of not having enough money to take off around Europe doesn’t wash. Even Anna, who has returned to America in the meantime, wants to come back for more. ‘Everywhere’s so close in Europe. You can get around really cheaply! I’m a bit jealous of you.’