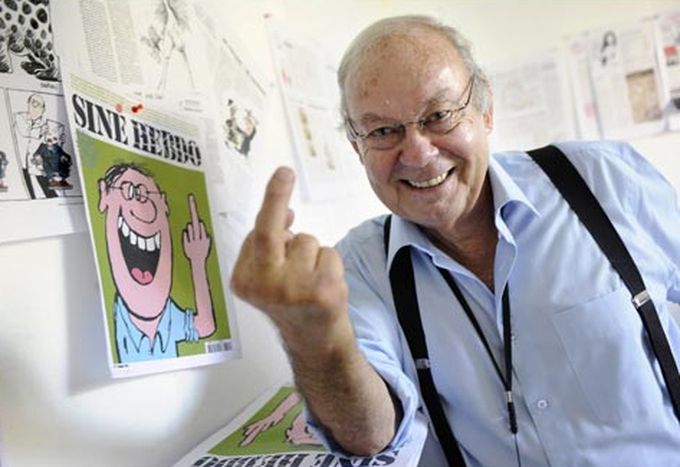 Siné: ‘Satire has to be iconoclastic‘

Interview with the former caricaturist from French satirical weekly Charlie Hebdo, who founded his own newspaper after he was sacked for his anti-semitic tendencies

Siné, born Maurice Sinet in 1928, is a French cartoonist and caricaturist, who worked for national satirical weekly Charlie Hebdo, which was already in the news for having published the infamous cartoons of the prophet Mohammed from the Danish daily Jylladen-Posten. The eighty-year-old helped the paper hit the headlines again on 5 July when he caricutarised Jean Sarkozy after he married Jewish heiress Jessica Sebaoun Darty; would the catholic son of the French president Nicolas be converting to Judaism? Anti-semitism complaints flooded in, and editor Philippe Val sacked Siné. On 10 September he created his own weekly, Siné Hebdo, in a suburb of Paris. 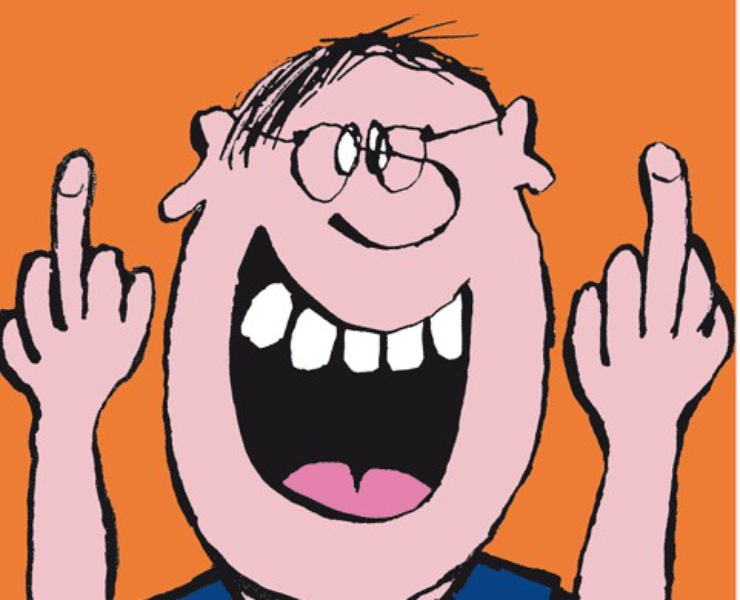 What does it mean to make satire? 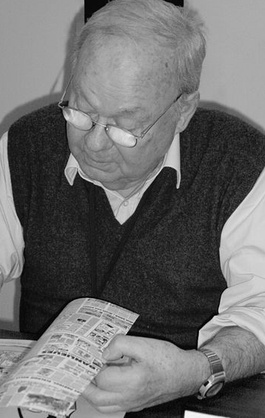 It’s not an easy question. It means taboos on everything which is holy, chalenging authority, being iconoclastic.

Is there a limit to the freedom of expression in your country?

Of course, as in every country. Laws restrict us more and more. But as a Frenchman I can’t complain. In countries such as China and the USA the situation is worse. Above all, in Italy. In America you can always call upon the First Amendment.

How would you define your own role? Do you feel more like a militant or an artist?

Like a militant. Even if it’s not a effective role. Even if it’s not always very efficient. You have to give oxygen to the debate, stimulate people to shake them up a bit, say ‘I am with you guys.’ But in the end it’s like trying to stroke a cat or a dog’s back.

It exceeded our expectations. We published 150, 000 copies in the first edition. Sold out. We plan to do the same thing for the second edition, and we hope it will have the same success.