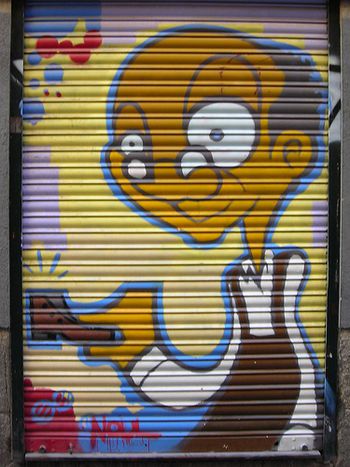 Foreign names are not often translated into Spanish in Spain: you don’t usually hear people talking about Guillermo Shakespeare or prime minister 'Shoemaker' (Zapatero) abroad, for example. But, what would happen if foreign names were translated in every language?

Unsurprisingly, if you do an internet search, there aren’t many results coming out of the Iberian peninsula that have an annotation that explains the meaning behind the most famous Spanish example: José Luis Rodríguez Zapatero (his surname means shoemaker) – a name shared with the Formula 1 racer, Michael Schumacher.

Imagine when the names of the participants are announced in a European summit for interior ministers. The Italian Roberto Maroni is instantly outed as Roberto Balls … not very diplomatic. Maybe the clearest example (and more politically correct than the last) is the German Helmut Kohl whose last name means cabbage. Same goes for the famous Polish journalist, Ryszard Kapuscinski (a kapusta is a cabbage).

One might also say that the French socialist Ségolène Royal could have real (royal) blood, which, our French editor says, is not exactly democratic. If we continue in the same vein, one of the candidates in the next Polish elections, Jaroslaw Kaczynski, brother of the late president Lech, would be called duck (after the word kaczka). Not a very practical name for an election campaign.

Undoubtedly, the rich and famous wouldn’t appear so glamorous if this practice became popular. The voluptuous Claudia Schiffer becomes Claudia Fisherman, and the fashion designer Karl Lagerfeld becomes Karl Warehouse. The richest family in Italy, the Agnelli family, could star in their own TV series called The Lambs. Of course, there are those whose names suit them down to the ground. This is the case for the chief of the Italian police, whose name is Antonio Manganelli, that is, Antonio Truncheons. Very appropriate.

In France, people are not so humble. The politically incorrect comedian Dieudonné, ‘sent from God’, is a case in point. Similarly, actor Gérard Depardieu, never one to miss a trick, declares that he has been sent from god. The United Kingdom also has its own versions of names and though they don’t translate them, they are modified as they see fit, something that does not always suit the recipient of the nickname. For example, Madonna has been rebaptised Madge, a name not particularly witty or graceful and more suited to a much older woman (although we mustn’t forget that the queen of pop is getting on). Or the ex-Beatle Paul McCartney whom the tabloids have labelled Macca.

It’s in football that we see the funniest examples. The broadcast of a UEFA match could go something like this: Bastian Pig-Climber (Bastian Schweinsteiger) passes the ball to Franz Swimming-Pool-Builder (Franz Beckenbauer, also known as ‘The Kaiser’), but he loses it to Gianluigi Buffoon (the Italian Gianluigi Buffon) making the manager Vicente Of-The-Forest (Vicente Del Bosque) steaming mad …’ With a commentary like this, it would be impossible to pay attention to what’s happening with the ball.

Translated from Shoemaker a tus zapatos