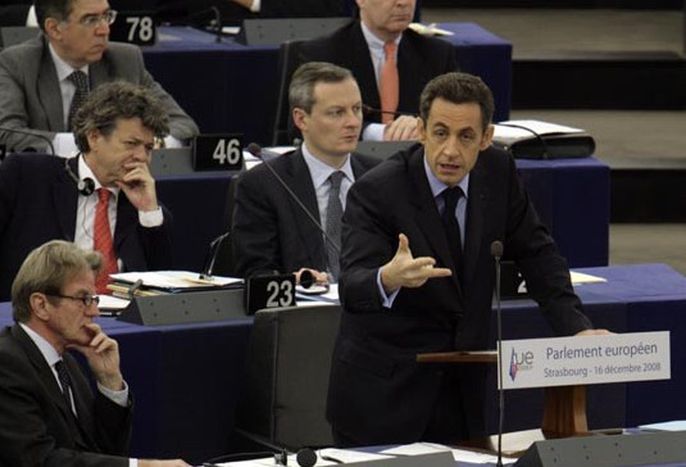 The French six-month presidency of the European Union is up on 31 December. Nicolas Sarkozy, who repositioned France at the centre of the EU and brought the political atmosphere up to date, is not happy with what the parliament is doing… and has not minced his words in Strasbourg!

‘I am in favour of a Europe led by the stronger states,’ emphasised Sarkozy before the European parliament. He could not have chosen a worse place or time to say it. While he was the European super-president, he was certain of the pre-eminence of the council (i.e. the intergovernmental system) with regard to other democratic European institutions such as the European parliament, but MEPS voted in a huge majority against the principal reform which the more powerful states wished to impose on European citizens with regard to the directive on 65 working hours per week.

What mobilises Europeans is the hope of a powerful parliament'

It was nevertheless in front of an enraptured and admiring semicircle (with the exception of the green leader, Franco-German Daniel Cohn-Bendit) that Sarkozy declared that he would not really bet on Europe if it had a strong parliament; a somewhat negative message if we consider the European elections in June (and the 56% abstention at the last vote). This is not the type of declaration to encourage people to vote! 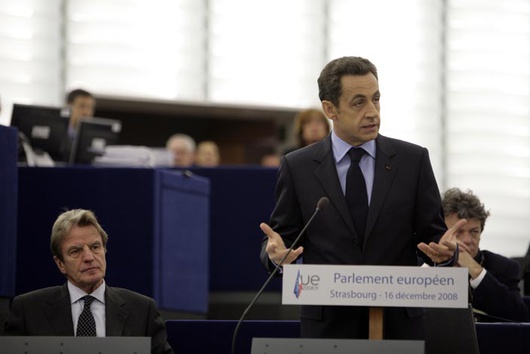 Recent events (the parliament rejecting the European council's proposal following enormous pressure on members of parliament by British and Italian leaders Gordon Brown, Silvio Berlusconi and eastern European governments) have shown that what mobilises Europeans is the hope of a powerful parliament critical of the European council's secretive discussions; in other words, a parliament that would be capable of standing up to the stronger states.

This week, the European parliament taught a lesson on independence and character. The European elections promise to be interesting. Citizens have been guaranteed that their direct vote will be worth more than the opinions of a few heads of state and of governments who have not yet understood that Europe cannot be constructed without Europeans.