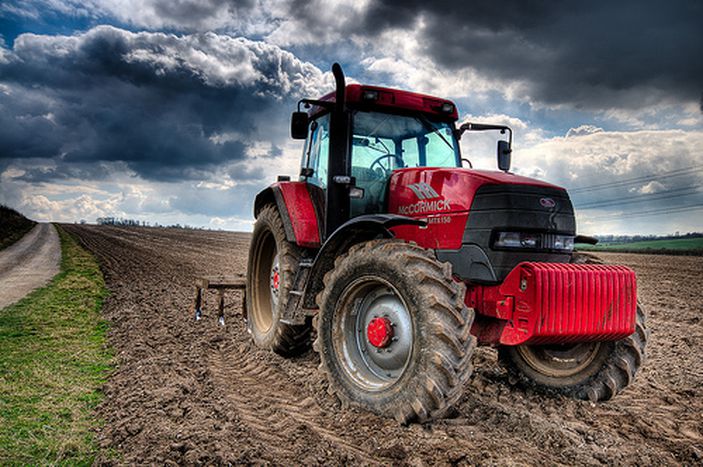 Sale via internet: end of middle man for agricultural products

The new ‘liberating’ direction of European agriculture is looking more closely at the consumer market when it comes to establishing prices and demand for agricultural products on the continent. The internet is taking over from Marx in the agricultural revolution

Someone’s benefitting at some else’s expense 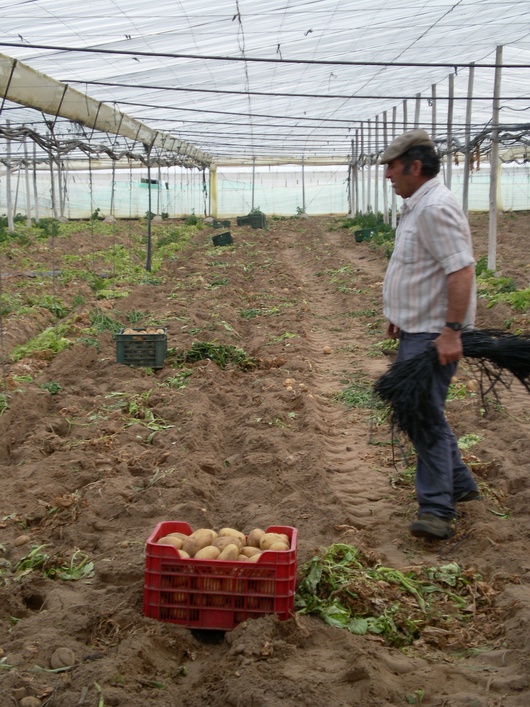 The conclusion of the report which the European economic and social committee published in 2005 highlighted the need for a detailed analysis of profit margins of food products in the EU. Spain officially monitors this via IPOD, the origin and destination food price index ('Índice de Precios en Origen y Destin'), carried out monthly by COAG, the co-ordinators of farmers and livestock farmers organisation, Spain ('Coordinadora de Organizaciones de Agricultores y Ganaderos española'), who declare these margins to be situated higher than 400% of any given product’s price at origin. 'The cost of distribution raises prices to almost five times that of a product at its origin,' explains a COAG spokesman.

The large distributors' association ANGED ('La Asociación Nacional de Grandes Empresas de Distribución') defends this, stating that every business establishes its own commercial policy. And what’s more: a study carried out by the consultancy firm Cap Gemini for the ministry of Spanish agriculture judges this process of intermediaries to be 100% efficient and rules that profit margins are not abusive or excessive. 'Everyone needs to earn here. Furthermore, the net profit is very fair, considering it hangs around the 3% mark of the final price,' corroborates an ANGED spokesperson.

According to a eurobaromete survey, 43 % of European citizens (an increase of 0.8% on the results of the previous survey) think that it’s a good idea to make fixing prices on food products a political priority. Petr Gandalovic, the current president of the EU council for agriculture ministers, acknowledged in February 2009, during the most recent gathering of the presidium of COPA (committee of professional agricultural organisations) in Brussels, that we are dealing with a pan-European problem, and it would be possible to control some of these business practices. Gandalovic also reminded those present that the European parliament is already in the process of creating a report which recommends that price of purchasing products from farmers should not be lower than production costs, which will at least ensure producers’ income.

This is the internet’s revolution, not Marx’s

In order to rescue profit margins, many European farmers with good intuition and an entrepreneurial mind have already put in motion a means of directly selling their products via the internet, in order to cut out the middle man and guarantee the quality of their products. Based on the principles of food sovereignty and shared responsibility agriculture, COAG has only recently put into place the Red Arco, which embodies the philosophy behind this movement and promotes a production and consumption of food products which is socially, environmentally and economically sustainable, whilst at the same time bringing the producer and consumer closer together.

Germany and Switzerland were the first countries in Europe to establish systems which allowed direct sale of food products in the seventies. Today it is France who leads the way with its AMAPs or community-supported agricultural associations (‘Association pour le Maintien de l’Agriculture Paysanne’), however it is no the only country to have such an association: there is the organic market Les Jardins du Cocagne in Switzerland, Reciproco in Portugal and this sector is continuing to develop in Spain thanks to initiatives such as Red Arco or the Proyecto Coccinella, created in 2004 by the  naturalistic society of the south-east (ANSE). 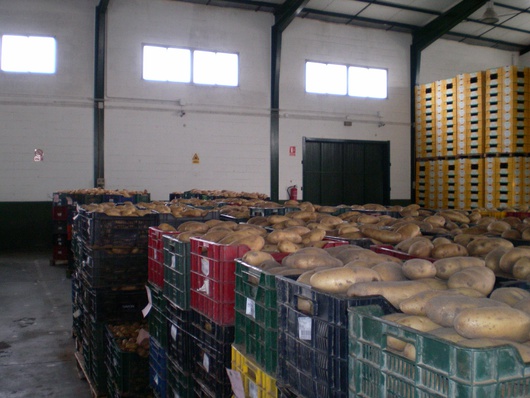 The Agricultural Cooperative in Virgen del Rocío ('La Cooperativa Agrícola Virgen del Rocío') is another organization which is jumping on the bandwagon and adopting these initiatives which are causing a silent revolution. The cooperative has been in action for forty years now in Colonia de Monte Algaida, a district under the jurisdiction of a town, Sanlúcar de Barrameda, near Cádiz, and on the doorstep of the Doñana national park.

The cooperative continues to be suppliers for the rest of Spain and even abroad. 'There are twenty-seven of us on the payroll year round, but in high season there are almost 400 of us working here,' the girl behind the desk who answers the phones and does the administration declares proudly. It’s only been three years since they began selling potatoes over the internet, which currently represents 5% of the product’s total sales. 'Even though it can’t keep the cooperative running on its own, it gives us another avenue for sales and another option for the future,' states one of the business team, Miguel Ángel. Potatoes aren’t sold via internet outside of Spain, as they would lose out on transport costs and it would make serious loss of quality more likely.

'Transportation goes up 8 euros per 10kg of produce when sold via the internet,' Miguel Ángel explains. In addition, all their produce bears the emblem of the global-gap guarantee of quality control, essential when selling internationally or via the internet, in spite of the additional cost of between 3, 000 and 4, 000 euros annually to certify goods, explains Antonio, the cooperative’s in-house expert. The prospect of distribution alarms some farmers, however, selling over the internet with the cooperative acting as the middleman isn’t going to get rid of their anxieties. 'For them nothing will change, they will end up with 10% of the profit as always,' Miguel Ángel assures. 'Direct sales via internet is an initiative which is still in nappies, and that’s why farmers are forming cooperatives,' concludes a COAG spokesperson.