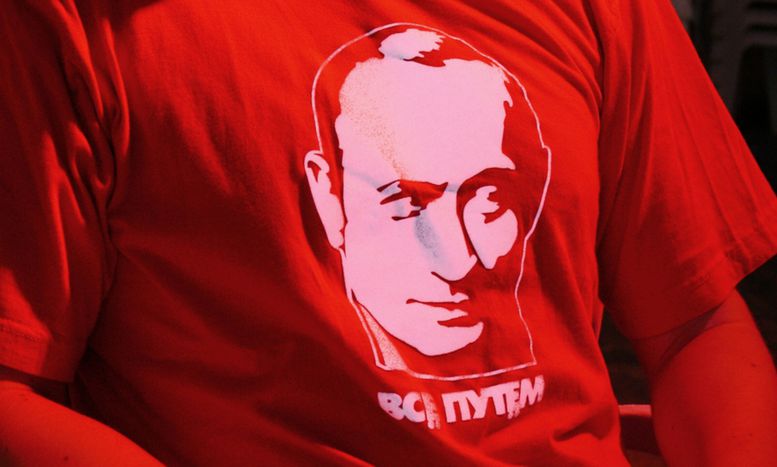 Putin and Erğodan reconcile, but should we be worried?

At a meeting in St Petersburg, Vladimir Putin and Recep Tayyip Erdoğan have declared that the despute between the countries, following the shooting down of a Russian fighter jet last year, is over. Some are delighted by the news, while others find it disconcerting...

What is truly remarkable is that the West is so surprised at the new harmony between Moscow and Ankara, the daily paper Avvenire observes: "The reasons for this second Russian-Turkish marriage are strategic in nature. Both countries border on the Black Sea, which has become one of the centres of US geopolitics, starting with Ukraine, which the White House wanted to extract from Moscow's sphere of influence... Russia and Turkey are too big and too strong to come to terms with being mere vassals but they are not big and strong enough to be able to compete on a par with the US. So isn’t it only natural that they should join forces? ...The same is happening in the Middle East. Putin wants Assad to stay put in Syria, while Erdoğan wants him to go. Now the two leaders are seeking a compromise. Assad could go into exile in Moscow and make way for a successor whom the country's neighbours approve of. For pragmatic reasons and above all out of geopolitical necessity." (10/08/2016)

The start of a new world order - Daily Sabah, Turkey

The meeting between Erdoğan and Putin is historically important because it marks a realignment in the global balance of power, the pro-government paper Daily Sabah comments: "We are stepping into a new and multipolar world where countries like Turkey will determine the fate of their own regions and contribute to the functioning of the global system. This is why Erdoğan reiterates that 'the world is bigger than five' [UN Security Council Members] at every occasion... The advocates of the old world did not pay much attention to Putin and his Eurasian union project. This was because a Eurasian union that excluded Turkey would not go beyond a small cartoon of a new, but rotten Soviet Union. Now, however, there is an opportunity to achieve a Eurasian union that is supported by Turkey... As such, we cannot regard the 15 July incidents merely as a conventional attempted coup like the military coup of 12 September1980. It was a new-generation occupation and pro-mandate move that was staged on an earlier date depending on Turkey's restoration of its ties with Russia and Israel." (10/08/2016)

Turkey and Russia may set a precedent - L'Echo, Belgium

Other countries may follow Russia and Turkey in the transition to authoritarian regimes, L'Echo worries: "This rapprochement between Turkey and Russia could signal the slow but sure emergence of a new balance of power in which the West and its values play only a secondary role. Europe faces huge demographic problems and has endured crisis after crisis. Turkey and Russia, two major military powers enjoying economic growth, have taken advantage of this weakness to push through their authoritarian model on the geopolitical chessboard. There is a great risk that a growing number of emerging countries will also shun the democratic model in favour of such authoritarianism." (10/08/2016)

There are several reasons why Nato and the EU needn't worry too much about the rapprochement between Moscow and Ankara, the Frankfurter Allgemeine Zeitung comments: "Firstly it must be pointed out that Nato was very alarmed by the incidents last autumn, when military escalation seemed a distinct possibility and was to be avoided at all cost. So the fact that at least those clouds have dispersed comes as a relief. The Turkish president's bid to seek favour with Putin because he doesn't believe he can get it in Europe is more likely proof that the alliance being forged in St. Petersburg is not a strategically profound anti-Western one but at most an alliance of convenience dressed up in reconciliation rhetoric." (10/08/2016)

Greece is finally becoming important once more - To Vima, Greece

A new Moscow-Ankara axis will give Greece's geopolitical role a boost, To Vima writes jubilantly: "Yesterday's joint declaration by Putin and Erdoğan in St. Petersburg creates a new reality that extends beyond the region and is a very important international event in geopolitics. This declaration is extremely important for Greece... It brings Greece very close to the geopolitical role it played when it was first founded at the start of the 19th century: at the forefront of the West, on the West's border. No-one in the West can ignore the fact that Greece's geopolitical role is being strengthened.. It is vital that Athens itself doesn't ignore this. It must seize this opportunity to strengthen its role in the region in close cooperation with Cyprus, Israel and naturally with the US too." (10/08/2016)