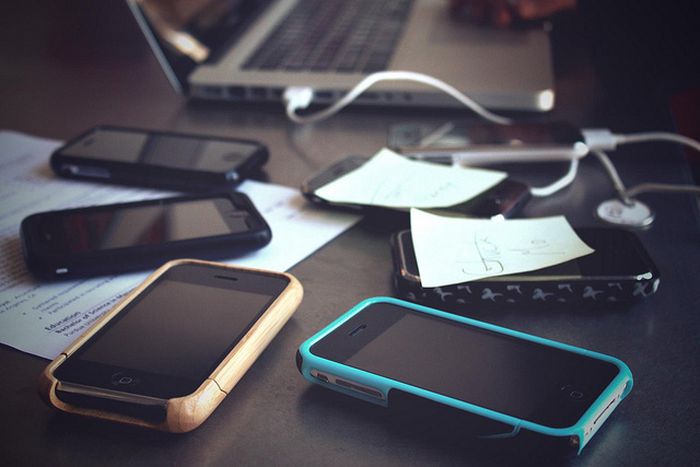 Phubbing : save us from the smartphone scourge

In the digital 21st century it seems almost impossible to have a conversation without the bleeping interruption of a rude third party. Thanks to smartphones we can check facts, watch a funny video or take a quick peek at facebook and stalk our latest romance under the table. But what about the human being sitting opposite?

The coffee machine is humming away quietly, plates laden with a German noodle speciality (“Spaetzle”) keep emerging from the kitchen into the dining area, all bathed in the soft, early autumnal Berlin light.  Those who turn up at Café A.horn in Kreuzberg, a paradise for hipsters in Berlin, are sure to bring a smartphone or tablet along with them.  The fact that most of the café’s clientele are looking at the shiny, faceless display of their iPhone almost incessantly as they work away on its surface, typing softly, or as they smile timidly in response to a funny message, is therefore not very surprising either.  Nothing out of the ordinary so far if it were not for the fact that beings made of flesh and blood are sitting opposite most of these smartphone users, choosing to either sip their coffee, stare into space, continue speaking bravely or play with their own mobile phones.  The biased observer – for in appropriate situations we always take the side of the neglected party to the conversation – must ask himself: is there no longer any café-etiquette in the digital modern era or is this simply a case of multi-tasking? 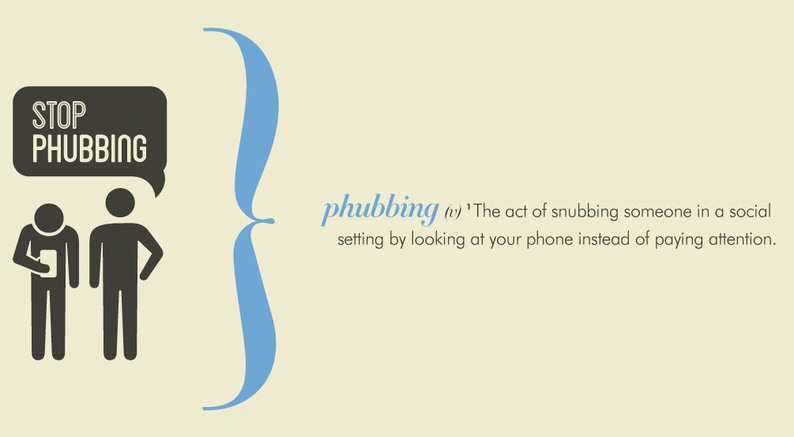 Alex Haigh, 23, a college student from Melbourne, Australia, leans towards the first point of view.  The smartphone obsession of his fellow students and friends inspired him to start an anti-phubbing campaign in the summer of 2013.  Phubbing, a portmanteau derived from phone and snubbing, has gained a certain presence on the net since then, with the pastel-coloured webpage of the anti-phubbing campaign resembling a cupcake, in complete contrast to the ominous prophesies it disseminates: 'Imagine the young couples of the future who just don’t speak to each other any more, relationships living on status updates alone.  Our ability to speak or to communicate directly will have disappeared completely.' It claims that the phubbing plague is now so bad that experts on modern etiquette manuals had agreed that it would be the cause of 'end of our civilisation'.

Beware of phubbing!  The end of the world is nigh.

Whereas the slogans and statistics of the anti-phubbing lobby need not be taken too seriously, this phenomenon really is a matter of a spreading social cancer.  Only a few people say that they have never yet been phubbed during a face-to-face conversation and only narcissistic prince charmings and social misfits are not explicitly opposed to bad mobile manners.  Sigrid, an artist who has chosen to live in Berlin and who is also sitting in Café A.horn this afternoon, points out that she always sets her mobile phone to silent before going to the café to meet someone.  She adds that she feels that men who cannot put down their smart, substitute lover even when meeting her are particularly awful. 'First I ask them if this means that my company is so boring.  If they then look puzzled and don’t answer, I point to their mobile phone and say, ‘If that’s the case I’m afraid I’ll have to leave’. If they haven’t already done so already, almost all of  them put their smartphone in their pocket.' 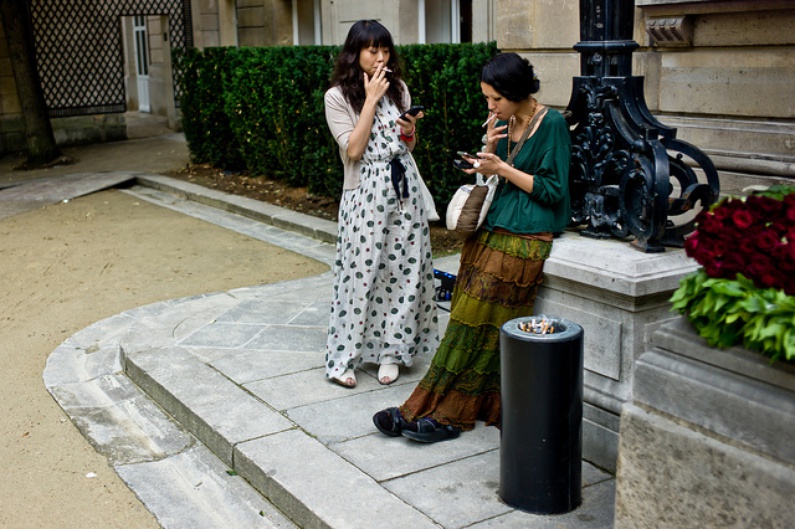 This smartphone fixation could be blamed on many things, such as a short concentration span, an addiction to distractions and entertainment, unconsciously learned reflexes, compulsive digital checking, nervousness or a social escape mechanism.  The causes of phubbing are not actually so hard to understand.  After all, our thoughts are always elsewhere anyway – and not only since web 2.0 was invented.  Our brains are constantly jumping between different sensory perceptions, thoughts, memories and feelings, often unfiltered and without applying any logic directly.  There is no need to read heavyweights from the stream of consciousness school of literature, such as James Joyce or Virginia Woolf, in order to understand this.  Since it is fortunately not possible to see through people’s foreheads or the top of their skulls, the fact that our thoughts are constantly digressing almost always goes unnoticed.  However, the problem with smartphones is that they expose our hectic whirlwind of thoughts, making us ill-mannered.

Tim comes from Ireland originally, but he has made Paris his second home. Less upset by the whole debate, he says, ‘Phubbing is as embarrassing and uncouth as nail biting or scratching oneself.  If phubbers did not hide behind their smartphones they would certainly be ill-mannered in a different way.’  Tim also finds the constant talk about the lack of communication skills exaggerated and says, ‘The purpose of mobile phones is for communicating after all, so it is a bit hypocritical for us to say that we have forgotten how to communicate purely because we are spending so much time on communicating in a new way.’  Phubbing certainly does not herald the end of any face-to-face communication- rather it heralds the arrival of a wave of modern people who have recently been regarding digital nail biting as charming.

But perhaps it’s perfectly normal to be constantly looking at our mobile phones? Perhaps it’s a digital extension of the highly-valued multi-tasking skill?  Perhaps we do not always give the person on the other side of the coffee cup 100% of our attention, but listening, sipping our coffee and simultaneously scrolling down the facebook wall of our latest romance are not entirely mutually exclusive. But engaged in this stressful multitasking which agitates us so, we are often unable to recall the conversation. Who was it that gave us a quick ring earlier on?  How much does a coffee with soy milk cost?  What was that funny video XY posted?  As long as we just play off our iPhone, tablet and our cup of coffee against each other that may be OK, for despite siri and the like, until now smartphones do not appear to harbour any real feelings for their users.  However, if our partner in communication is a human being, then we should not forget that they do not have a shiny display, but instead have a face and that in the brain behind it there are not merely columns of figures being churned out, but that feelings also arise.

Despite this, there would be no harm in being less phony.  If we are honest, we will have to admit that we all phub our conversational partners with great regularity.  Maybe we really should observe our own use of smartphones more closely and not just keep criticising others for their bad mobile manners.

This also includes a couple of unpleasant questions: is the information which the person opposite is giving me really so uninteresting that I would rather look at the same old images on instagram?  Is a facebook friend more interesting than a real person?  Why am I sitting here anyway?  The greater our awareness of the degree to which we are obsessed by our smartphones, the sooner we might start to develop new strategies for a better coexistence – both with our fellow human beings and with our smart little friends. If by then it hasn’t happened already, once the latter start to develop feelings for their users and the love becomes mutual, we will have our work cut out to manage our digital-human ménage à trois to the satisfaction of all concerned.  However, until then we should not put off our human interlocutors – since without them this really is not going to work.