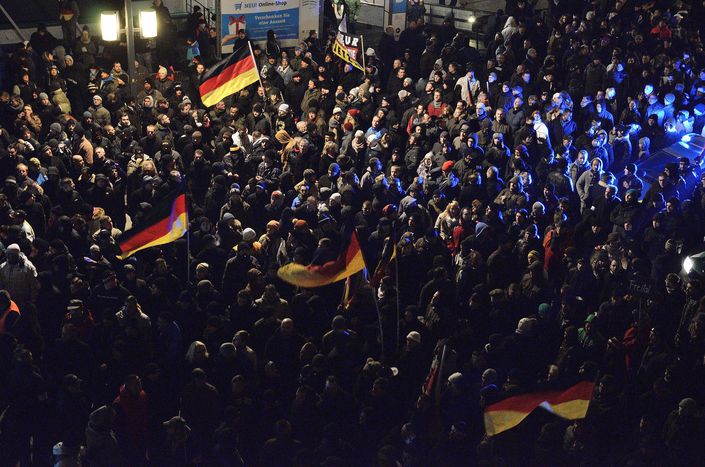 The movement Patriotic Europeans against the Islamisation of the West started in Dresden last fall. Since then it's appeared in numerous other German cities such as Bonn, Kassel and Munich. Using the guise of an 'afternoon strolls,' large demonstrations have been taking place every monday. Recently, 15,000 people appeared on the streets of Dresden, in addition to the 4500 counterprotesters.

Pegida is a phenomenon that, up until now, has remained locked within the realm of Germany — but that doesn't mean it always has to be that way. For a while now, two Austrian offshoots of the movement (Pegida Vienna and Pegida Austria) have mobilised on Facebook. The posts on the site are mostly links to various news articles reporting on criminal offences of asylum seekers, the majority of them being Muslim. Thrown into the mix are also accusations against German policy, the "Press of Lies" and other instances of publicity.

The polemics of the past few weeks and months is growing. Surprisingly, Pegida is one of the few movements that function on and offline. Mobilisation through social media has been outstanding. But at the same time, the stronger it gets, the stronger the counter-movement gets. The Semperoper in Dresden (The concert hall of the Saxon State Opera), in front of which Pegida members have been demonstrating weekly, turned off all of its external lighting on December 16th in protest to the demonstration. They also set up a light installation on the wall reading "Refugees welcome." Simultaneously, four flags could be seen in front of the opera reading "be aware," "open doors," "open hearts" and "and the dignity of man is impenetrable." In Munich on December 23rd, 20 Pegida members stood against 12,000 opponents, according to police reports. But according to facilitators of the event, the figure was 25,000. On the facade of the residence theatre the following words could be read: "Regida - Residence Theatre against the Idiotisation of the West."

But even this act of resistance can't refute the fact that Pegida has found its way into the mainstream — into the lauded middle strata of society. Prestigious media outlets and journalistic routiniers, such as Giovanni di Lorenzo (Die Zeit) and Henryk Broder (Die Welt), write of a "massive influx of refugees" and of a "Festival of Madness, whose protagonists are neither crazed petty bourgeois, nationalists nor racists, let alone pinstriped Nazis, but rather serious-minded politicians who represent the interests of the state and who act like feudal princes at the end of the 18th century — regents, who don't want to share their powers and privileges with anyone." Christian Stahl, journalist, filmmaker and author, has only one response: "We should be ashamed of ourselves!" 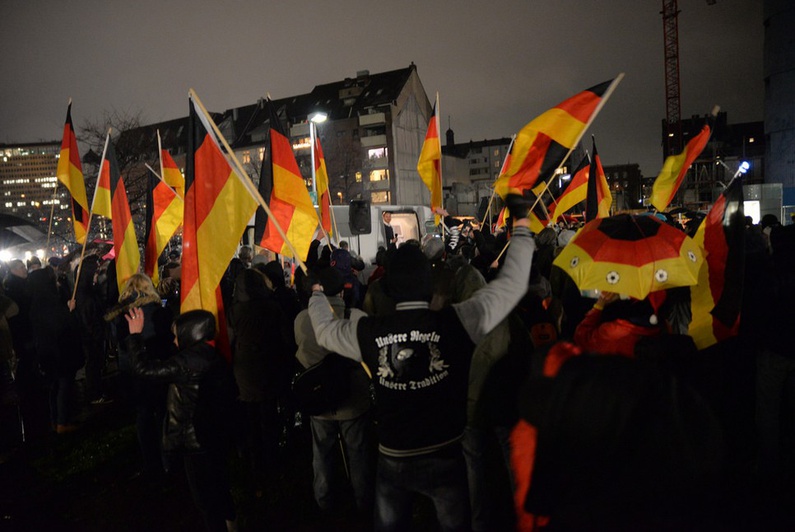 Critique in Austria: The Offensive against the Right

Pegida is also viewed skeptically by the Viennese association Offensive against the Right (OGR), a wide-reaching civil association against right-wing populism and right-wing extremism that also organises against the Wiener Akademikerball (A ball held once a year in Vienna by the FPÖ or 'Freedom Party of Austria'). According to the OGR, Pegida has only appeared in Austria on Facebook. "In the past few years, extreme right networking has increased on social media such that it would be dangerous to only believe in online phenomena." Allegedly, a demonstration in Vienna is planned for January, yet it remains questionable whether the echo will become as large as that of Dresden. "Monday silent vigils, which developed from a similar group of people, never really took hold here in Austria."

According to OGR, Pegida can only be understood in the context of the changes that are taking place in the extremist right-wing scene in Germany. "We've been experiencing a redefinition of a spectrum in the past ten, fifteen years, one which has moved away from the national socialism of steel toe boots and shaved heads and which isn't focused on yelling provocative, tabooed slogans and spray-painting swastikas on building walls." Of course that scene still exists, such as the National Socialist Underground (NSU). But the new right-wing spectrum aims to shift discourse to the right, which is something that protagonists called for in the pre-political realm. But that such discourse get taken to the streets didn't become a reality until 2014.

Regarding the actors of Pegida, so much is clear for the offensive. "That leaders of the right are involved organisationally at the top doesn't mean that all people who take part at demonstrations come from the extreme right." The ones who have gotten swept along are the ones that the new right has had its sights on: "a citizenry that lets itself become radicalised and that already has a diffuse feeling of powerlessness and fears of decline." Real crisis phenomena worked hand in hand with such fears like a fire accelerant in a spectrum that sees itself as the "middle layer of society," and which doesn't feel like its represented by the established party system.

It remains to be seen whether Pegida will get a foothold in Austria. On its Facebook page there is constant talk of a demonstration in Vienna sometime in January, but where and when exactly remains to be specified. OGR fears that anti-Muslim racism, anti-feminism and anti-semitism will result in the "normalisation of racist and anti-feminist discourses that are presented as the 'will' of the people." The significant increase of attacks on refugee homes and mosques attests to this danger.

Translated from Pegida in Österreich?