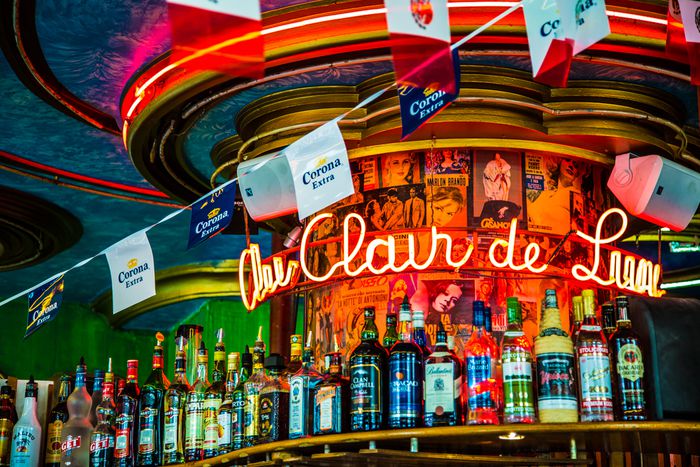 Montmartre is apparently one of the best-known spots in Paris. The Sacré-Coeur - incomparable and full of history - and its surroundings overshadow the city. However, the neighbourhood below has more to offer than the insipid Place du Tertre and the circus around it.

Forget middle-class Lamarck to the North, the African quarter of Château-Rouge in the East and Pigalle's sex shops, the quieter paths into the Montmartre area also have some surprising tales to tell.

These colourful stories have been entertaining locals and other curious types for countless years, still told by lamp light as it bounces off the bar. They conjure up a timeless and little known Montmartre and suddenly the view over Paris from the Sacré-Coeur becomes an unfamiliar one. All sorts of adventures are imaginable in the town below and, having descended the western steps, one is about to begin.

"We always knew this place as a bar for older women."

Cross rue Clignancourt-rue Muller and stop in Clair de Lune for a quick pint and some good music. The welcome at the former 'cougar' bar is warm; big glazed booths let in daylight before giving way to the glow of night time. The rounded bar has a friendly air and reflects the rose-coloured flourescent lights. Old film and concert posters decorate the walls. Without overdoing the vintage theme, the managers have preserved the bar's authenticity. 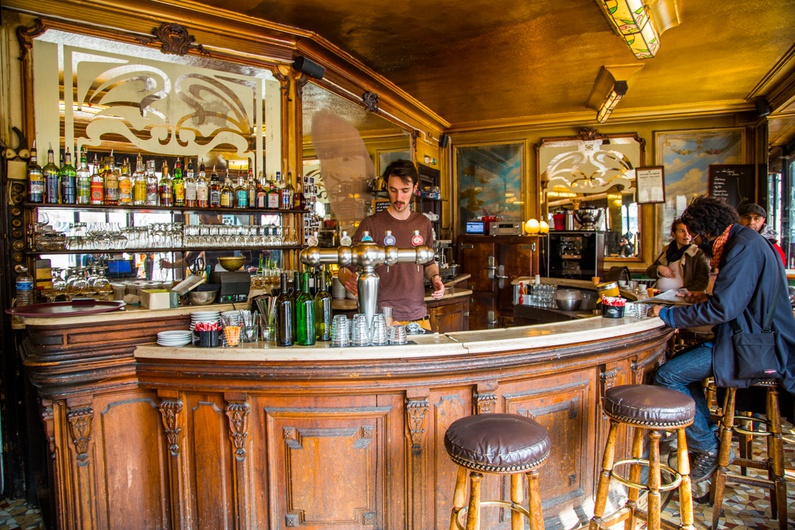 Judith, one of the friendly waitresses, gives a run down of a typical day. Opening time means an espresso and the papers for those in need of a five-minute breather between home and work. Then it's the parents on the way back from the school run, sometimes with the youngest child in tow. They might be too young for school but perfect for a bar! At midday, the odd tourist ventures inside. And of course don't forget the regulars, some here for a chat with the boss while others just want a quiet drink. At the end of the day, post-work drinkers fill the bar, staying to party into the night. Le Clair de Lune knows its customers and adapts to them, an approach that works well. One of the old regulars, born in the neighbourhood and obviously a former punk says, "We always knew this place as a bar for older women. When we were kids, loads of older women came here, looking to meet young guys to buy them a snack or a beer..."

A few streets away is La Renaissance. Seemingly a typical neighbourhood bistro, it has nevertheless been the inspiration for numerous filmmakers. Other than the Art-Deco windows added in the 1930s, little has changed in the bar since its beginnings in 1905. The mercury mirrors have lost their lustre and you wonder if the yellowing walls are intentional. They were originally off-white but now are marked with a century of smoke. The drawl of the Parisian kids and the barman's nonchalance contribute to its character. When the regulars are there, they launch spirited debates and amuse themselves with excited verbal sparring around the marble bar. This blissfully enduring community, where coffee only costs 1€, recently captivated Quentin Tarantino. He filmed several sequences for Inglourious Basterds here. La Renaissance, itself, is an unpretentious peek behind the scenes of Montmartre. 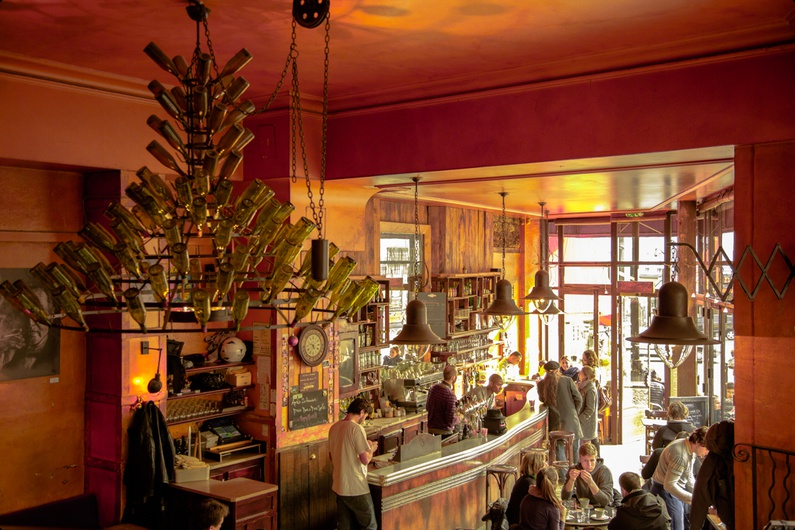 The streets around the south of Montmartre hill, while well-known for sex shops and prostitutes, are also a vibrant cultural and festive area. Many musicians come to Pigalle to buy their equipment and the music venues draw an eclectic crowd. La Cigalle is a place of local myth, having seen performances by Led Zeppelin, David Bowie, Iggy Pop, Prince, Radiohead and Red Hot Chili Peppers. Behind the venue, on rue des Martyrs, is La Fourmi, although unlike La Fontaine's fable of the grasshopper and the ant the two bars aren't in competition. This unusual space has been here for fifteen years; alternating between lively and chilled, it is often also packed. A large chandelier made from repurposed wine bottles hangs from the high ceiling, dominating the room. The beer isn't too pricey and music plays until 3am, a rare thing what with neighbours being more and more likely to complain. Some people claim to have seen Radiohead having a drink unrecognised and both bars have had groups stop by for a drink. Though very popular, the welcome at La Fourmi is less intimate than at La Clair de Lune or La Renaissance. The barmen know their trendy reputation. Essentially, for a night out the bar is fun, cosmopolitan and close enough to other local spot to allow you to escape.

There is more to Montmartre than meets the eye. Risk getting lost when you go for a stroll. The less visible stories will tell you more than the famous ones. These tales forge a place's identity. Now, make sure to dig a little deeper.