Old Europe looks down on welfare

Brussels pushes for cuts in spending on social policies and new Europe is doing as it’s told. But this strategy is not helping Europe’s work force 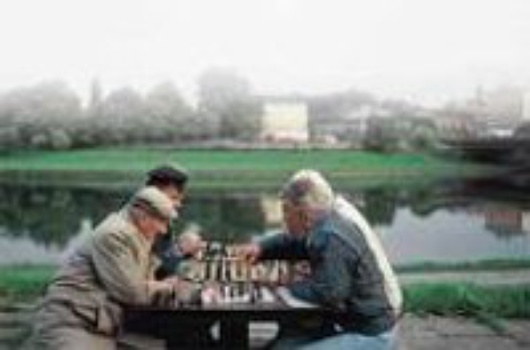 The various welfare states in Europe, which are currently undergoing a period of restructuring and remodelling, are maturing in an increasingly hostile atmosphere. As a result, the traditional parameters defining the differences between them are being called into question.

Historically, there have been four accepted types of social security system:

• A social democrat model, particularly used in Scandinavia, based on the universal principles outlined in the British Beveridge report of 1942.

• A conservative model inspired by Bismarck based on centralised social security contributions and the protection of the work force, as found in France and Germany.

• A liberal model, used in Great Britain and Ireland, focusing on welfare and mainly dedicated to the less well off.

• A Mediterranean model seen in countries in southern Europe where the recurrent theme is insufficient financial means.

Although these differences still persist today, the challenges facing the welfare state in Europe are essentially one and the same. Changes in economic parameters (summed up by that magic word 'globalisation'); social and family structures; employment relations (a growth in 'flexible' and insecure employment); and demography (a rise in life expectancy and a low birth rate) are imposing structural changes on social security systems initially inspired by post-war European societies, which are now finding it difficult to adapt to a post-industrial society. These challenges will require a substantial rethink, not necessarily resulting in a reduction in the role of the welfare state but rather its renewed involvement in the economy and society.

How are European welfare states reacting to these problems? In the seven year period from 1993 to 2000, average social security spending in the EU fell by one and a half percentage points of GDP, from 28.8% to 27.3%. This came about after cuts were made in the more generous states (Sweden, Finland, Germany and Holland), but it was partly levelled out through growth in less developed systems in states such as Portugal and Greece. In general, the theme is one of stabilisation (taking into account the minor unemployment benefits related to the crisis at the beginning of the 1990s) and a downward trend. Against this background, the EU has relegated the social policy issue to a second or third tier problem. The Commission, leaning on the Stability and Growth Pact, has consistently recommended cuts to current spending (for example on pension systems) and does not have a real co-ordination policy for social policies. The only decision-making instrument used, the co-ordination of policies against exclusion, is weak and, indeed, in the process of being reorganised.

The Constitution, which member states and the European people will be called upon to ratify over the next two years, has not done anything to resolve this indifference at a Community level. Social security is only vaguely referred to in Article I, paragraph 3, while in Article II, paragraph 2, the free market and ‘perfect competition’ are elevated to constitutional principles, significant at a time when the private, profit-seeking sector is demanding to be involved in pensions, insurance and social services.

And what do the new member states do? They introduce cuts…

The EU missed another opportunity by not introducing social policy criteria into the negotiations with the 10 new member states from Central and Eastern Europe. Their priorities were to open up markets, fuel free competition and privatisation, and maintain monetary and fiscal stability. The result? The role of the welfare state has decreased in the larger new member states. Between 1996 and 2000, investment dropped in Hungary from 24.8% to 23.2% of GDP, in Poland from 25.5% to 24%, the Slovak Republic from 23.28% to 21.7%, and the Czech Republic levelled out at around 20%. Worse still, during the transition period for these economies when the focus was firmly on the markets, these countries experienced strong pressure from the World Bank to introduce obligatory capitalisation systems (in opposition to the system based on support and contributions in force in some European countries). Adapting to the new social and economic reality was therefore traumatic and has involved, in some cases, a relatively incoherent reform of the social security system. Although these systems are starting to resemble those in western Europe in terms of structure, some elements, such as introducing an obligatory pillar for private pension funds (when internal financial markets still underdeveloped) and, in some countries, neglecting to include a proviso for re-evaluating pensions in line with inflation, are out of step.

The challenges facing European welfare systems will certainly imply significant financial strain. According to a report by the Economic Policy Committee in 2001, the strain on pensions and health care contributions due to the aging population will turn out to be between 5.5% and 10% of GDP in 50 years time. This will cause considerable pressure but, according to these experts, it is an affordable one as long as our economies continue to grow and the books stay balanced. This is why the Commission (through the Lisbon Strategy) is already pushing for a higher rate of employment, especially among women, and productivity (investment in research and development). It is interesting to note, however, that the EU is not giving the same backing to policies supporting maternity issues and those improving the labour market (operative policies, unemployment benefits, continuous training) which would increase worker participation and the stability of the work force, both of which are essential for high productivity. Not only that, Europe still sees immigration as a problem which needs to be repressed rather than a necessary resource to be welcomed with open arms. And all the while, fortress Europe is aging.