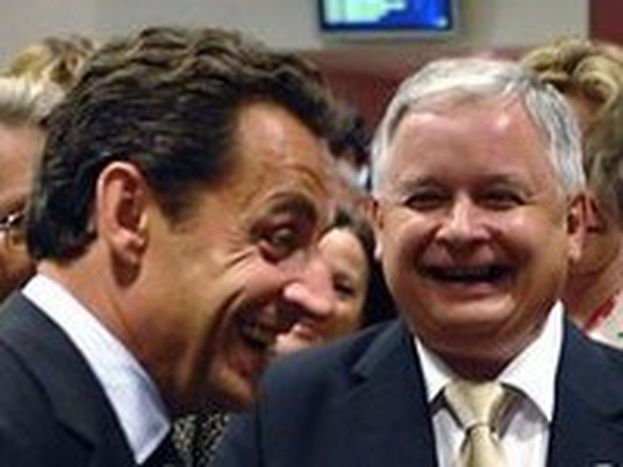 On the eve of the Intergovernmental Conference, Poland is still raking up the past

'If six million Poles had not been murdered during the Second World War, our population now would be large enough to maintain the number of votes in the Council of Europe conferred on us by the Treaty of Nice,' Poland’s leaders, the Kaczinski twins, argued recently. Their comments, during the Brussels summit that took place on 21 - 22 June, were made with the aim of holding onto a privilege that they share with Spain: a quota of votes in the Council of Europe which is proportionately higher in terms of both countries’ populations compared to countries with much more numerous populations, such as Germany, France, Italy or the United Kingdom.

Historical legitimising is not democratic

The Inter-Governmental Conference (IGC), due to take place on 23 July, will draw up a definitive wording for the new treaty to replace the ill-fated European constitution. In order for the IGC to take place, it had to be accepted that the new decision-making system in the Council of Europe by double-majority (member states and population) will be delayed until 2017, as the Polish leaders demanded.

What these Polish gentlemen have not understood is that Europe is under construction. It is a power from which 60% of the legislation that we Europeans apply every day emanates, from rules on the consumption of food to the way cars should be built or our countryside farmed. It is a power whose legitimacy should not be built as in years gone by on historical foundations (as the absolutist monarchs did) or on charismatic ones (as Stalinist and fascist regimes did), but on democratic foundations: through the votes of the people - the people who are here now, not the people of yesterday.

If we start pulling out the history books, the Irish would also be more numerous if in the nineteenth century the British had not fed the famine which obliged millions of Irish people to emigrate to the USA; and Spain might have been spared a million deaths and the same number of exiles if foreign powers had not contributed to its last civil war.

It would make more sense for Poland to follow the Irish and Spanish models, ie convert its economic and productive structures to generate sustained growth. At the same time Warsaw should make friends with - rather than alienate - the member state that will have to give it funding: Germany.

Although the opposition in Spain has declared its delight to all who will listen that ‘at least Poland has defended Spain’s interests’, fortunately Rodríguez Zapatero’s government has renounced Spain’s privileges, knowing that Europe will not defend the interests of individual countries, but those of Europeans, which are democracy, economic stability and economic redistribution.

Nevertheless, the argument over national interests continues. On the one hand, the British and the Polish do not want to recognise the validity of the charter of fundamental rights in their countries. At the same time, France wants the member states to have some control over the European Central Bank (ECB). Paris also wants to reduce demands for free competition, just as the threat of takeover by multinationals of some of the giants of French energy suppliers - such as EDF, GDF and Suez - becomes as real as ever. There are also calls for the Common Agricultural Policy (CAP), from which French farmers benefit greatly, to be reformed.

As if that weren’t enough, the Kaczinski twins have repeated that at the IGC they will continue to defend their right to block EU decisions. At the last EU summit, the German Chancellor Angela Merkel threatened to leave Poland out of the IGC. In the 1980s - years of great reform in Spain - one outstanding government leader used to say, ‘anyone who moves won’t be in the photo.' Will Poland be left out of the picture?