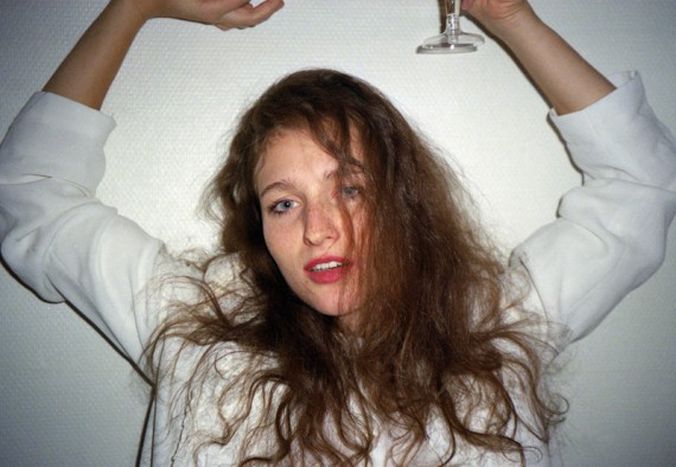 'Schnati', 22, has been blogging on the biggest German fashion blog LesMad ('Les Mademoiselles') since 2008. In her own blog 'Schnati à Paris' she presents her own outfits, shares inspirations and reports from fashion events

'I always thought that it was a joke that Paris seems dead in August,' says Natalie aka Schnati, glancing at the crowds of tourists pushing through the Marais quarter on this warm summer day. She bursts out laughing for a moment: 'But it's true, there's no one here.' We settle down in a bar and Schnati orders water and a filled baguette - 'Sorry, I haven't had anything proper to eat yet today'. 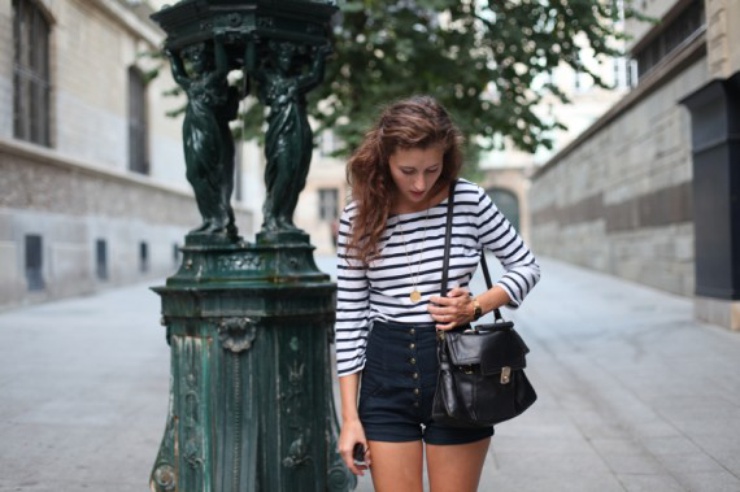 A study period in Paris gave Schnati the opportunity to blog straight out of the fashion capital. She moved to Paris at the beginning of the year and will stay until mid-October. Schnati studies media science and media informatics in Cologne ('Unfortunately from the autumn I'll be getting far too much informatics'), while she attends cinema courses at the sorbonne nouvelle III. She mainly decided to spend her erasmus student exchange semester here because of her French boyfriend. 'And of course Paris is an absolute fashion metropolis.' Admittedly she hasn't seen much of the typical erasmus life: 'It's rather different when you live here together with your boyfriend.  But then almost all of my courses can count towards my degree at Cologne.'

Today, Schnati is wearing a black blouse with pale spots and skinny beige trousers. She has pulled her hair up loosely. A long necklace with lots of little keys dangles around her neck. Schnati posts photos of her outfits on Schnati à Paris several times a week.  Readers can vent their opinions of them using the comment function.  'Comments are really always radical,' confirms the blogger. 'Either people think something is absolutely great – or they want to complain. Unfortunately constructive criticism is rare. With some people I get the feeling that they are jealous, maybe because they would also like to earn money with their blog.' 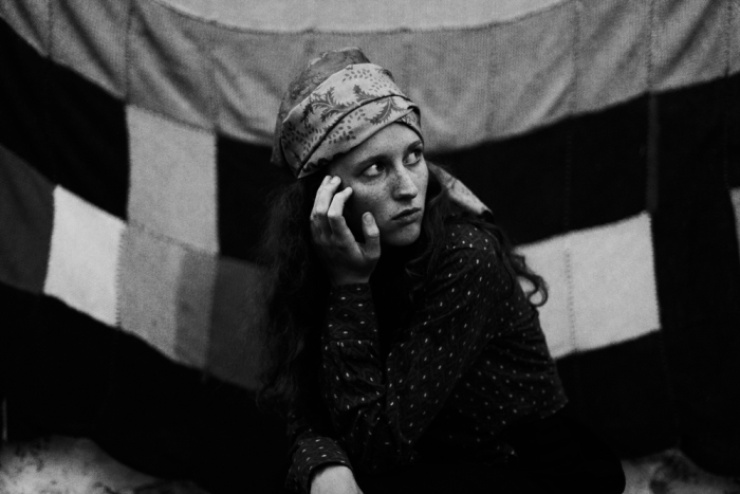 That's right - Schnati is still a rarity, at least in Germany, because she gets paid for blogging. 'You hear a lot of rubbish about that,' she says, showing she continues to be confronted with the theme.  'My sister Jessica and Julia Knolle formed LesMads in 2007.  They were talking to the Burda publishing house from the start.  The publishers liked the idea and then joined the business.' It's clear from some comments on the website that it is this dependence of blogging on business which is criticised. 'We have a huge amount of freedom while blogging, it's almost limitless. Besides, it's made clear on the website that we are employed. But we stay true to ourselves - the publishers don't interfere there.'

For Schnati blogging is 'only' a student job at the moment, whilst her sister Jessica works full time for LesMads. 'Of course, during the semester, I can't spend so much time blogging. At the moment I invest pretty much the whole day in it. The amount of work is generally underestimated. People see the article on the website – but they don't see that you spent hours searching the internet and reading to create it.' I ask Schnati if she feels accepted in the media sector as a blogger. She thinks for a moment.  'Sure, we are beginning to be taken more seriously and get lots of invitations from designers and brands.'  In the USA this would be much more advanced. 'Responses there are quite different. A 13-year-old girl who blogs and goes to fashion shows wouldn't be accepted in Germany. In the USA bloggers are more hyped up, the phenomenon isn't as strong in Europe. In America networking between bloggers is also much bigger.'

'Of course the city where you live changes you'

The same goes for the European blogosphere itself.  According to Schnati such a thing does exist, 'but it stays mainly on a national level. Admittedly the whole thing mingles through bloggers' meetings at a European level.  That encourages exchanges beyond national borders.' There are certainly differences specific to different countries: in France for example the comment function is used much more. I want to know whether Paris has changed Schnati's fashion style. 'Of course the city where you live changes you,' she admits. 'However if you've already found your own style at some point, then the town is only secondary.' Admittedly she never goes 'shopping so much, without actually shopping' as here in the French capital.  Everything is somewhat more expensive than in Germany.  What other differences has she noticed - when does she feel particularly German? 'I really only feel German when other people are unreliable.  In Germany promises count much more, they aren't as non-binding.' Schnati grins. 'On the other hand, I've got pretty used to French manners – I did arrive late today after all.'