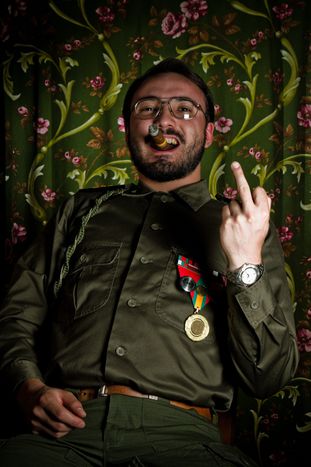 They strut about like demigods, surrounded by servants and members of their armed forces, with luxury cars, mistresses and red carpets. They climb to power like hungry leeches with no qualms about lying or destroying anyone that stands in their way. But it only takes a couple of weeks for this to change, though others do end their days as revered leaders.

A brief synopsis of dictators and their destinies

He was known to the less imaginative members of the press as the Pharaoh: thirty years sat high up in the desert surrounded by corruption and military bases, so arrogant that his mouth was perpetually turned down at the corners in a look of disdain to match the rest of his features: a broad, hooked nose, pointed eyebrows and dyed hair swept back with obvious severity. The despot. The dictator. After the January 25 uprising and being ousted from power on 11 February 2011, Hosni Mubarak spent time in hospital after suffering a heart attack. His political party has been dismantled, he faces charges of corruption and for the assassination of demonstrators against his regime at the country's criminal court in August, and it is even said he could be executed. His two sons are also in the firing line.

So Mubarak could find himself joining the ‘Arabic dictators to have been executed’ club, which at present has only one member: Saddam Hussein. Another future candidate could be the Tunisian Ben Ali. Since fleeing his country on 24 January he has been exiled in Saudi Arabia and was accused recently of eighteen crimes, including homicide, conspiring against the government and drug trafficking. In June he was sentenced to 35 years of prison in absentia along with his wife, and faces more charges on 21 July.

Nobody knows what will become of superstar-status Muammar El Gaddafi, whose arrogant facade is as false as the words pouring out of his mouth - the yelling, the shaking of his fist in Hitler fashion, the banging of his fist on the lectern and covering it in saliva. This tumultuous vanity could only ever have ended in war; the Libyan revolution started in February. The international criminal court (ICC) in the Hague only issued an arrest warrant for Gaddafi on counts of murder in late June. They allegedly want to eat Gadafi alive after his return to the dark side. Nato has been bombing Libya for four months now, and Gaddafi remains in power in Tripoli. The opposition group, a rebel leadership called T.N.C, has been recognised as government by the US and thirty other nations.

When one’s position of authority is illegitimate, governing your country must be particularly stressful. The despot has to dedicate the majority of his or her time and efforts to preening their image and avoiding conspiracies against them, to increasing police presence, filling prisons and censuring communication. With so many parts of the dictatorial machine to maintain and so much treachery to cultivate (betrayals, propaganda, false testimonies...) the dictator must frequently fall victim to insomnia and paranoia, thus making their arrogant facial expressions all the more ugly. Why so much aggro only to go down in history as a criminal? Do they not know how things turned out for their professional peers?

Why so much aggro only to go down in history as a criminal?

There are four possible destinies that can befall a dictator: (a) a natural death; (b) exile; (c) suicide; (d) capture, trial and sentence. Those belonging to the 'more fortunate' group include those figures guilty of genocide such as the Soviet Union's Josef Stalin, Spain's Francisco Franco and Chile's Augusto Pinochet, the latter passing away in comfortable 'retirement' aged 91 in 2006 (despite an international warrant for his arrest having been issued by judge Baltasar Garzon). Nowadays it is safe to assume that the Cuban communist leader Fidel Castro (also retired) and North Korea’s Kim Jong-il, both relatively old and suffering from ill health, will depart this mortal realm wrapped comfortably in cosy cotton sheets. Exile varies considerably as an option: some have to go begging for residency permits (as is the case of the Shah of Persia), whilst others live out their retirement in a luxurious palace in Saudi Arabia (such as the bloodthirsty Uganda militant Idi Amín Dáda). Haiti's Jean-Claude Duvalier (alias Baby Doc, son and successor to the feared François Duvalier) spent twenty-five years in exile in France, but was recently detained in his own country for having dared to return as a Messiah in January. 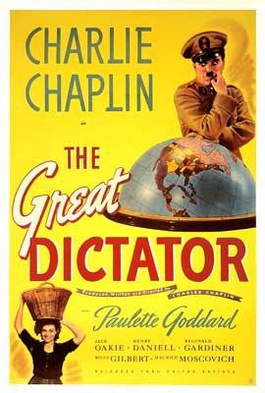 It is impossible to talk of suicide without conjuring up thoughts of the monster of monsters Adolf Hitler and his cowardly departure from the realms of history together with his supposed mistress and German Shepherd. The last category also entails varying degrees of fortune: Benito Mussolini (captured and hung upside down by his partisans); Pol Pot (found dead in his cabin, the prisoner of his own party); Slobodan Milosevic (handed over by the Serbian government to the ICC for the former Yugoslavia in 2001 and who died in 2006 under strange circumstances); Saddam Hussein (discovered in a hide-out in Tikrit, tried and hung)...At present we have Mubarak and a number of Latin American militants such as Jorge Videla, condemned in December to life imprisonment (thirty years after the former Argentine dictator left power).

Between popular support, the rapacity of sycophantic supporters, their usefulness to foreign interests and the economy,  countless and largely invisible factors determine a dictator’s destiny. They are dug deep into the earth like the ramifications of a mine ('in power struggles, three quarters of relations are carried out underground', said Felipe Gonzalez). The 'Pharaoh', who has been replaced by the military hierarchy, undoubtedly fell victim to an unexpected chain of 'betrayals' by those loyal to him until finding himself alone and as defenceless as a baby left open to the elements. Just as the Egyptian people have been for the past thirty years.