In Eastern Europe, cries for freedom and independence railling against the former Soviet Union seem to spread. They have now become fused with the refusal of the new era of uncontrolled capitalism that emerged in the 1990s. From Chisinau to Transnistria, cafébabel Brussels reports on a country still trying to find itself.

Moldova is similar in many respects to Ukraine before the Euromaidan protests: A popular uprising in April of 2009 did not lead to the expected answers, it has a large Russian-speaking population and a Russian military base in a separatist region on its own soil. Recently, protesters pitched tents and gathered outside the seat of Government to demand the manifestation of the changes they fought for in 2009.

Inequality on every scale

It is surprising that there are luxury cars, more commonly found in Switzerland or Monaco, lining the streets of Chisinau, the Moldovan capital. The Porsches contrast with the figures: Moldova is the poorest country in Europe with a gross national income of $2,550 (2,310 euros) per capita in 2014. To put this in perspective, Greece has a gross national income of $22,090 per capita for the same year.

Ranked 114th on the Human Development Index, Moldova is far behind its neighbors: Romania (54th) and Ukraine (83rd). If that wasn't already enough, Moldova also lost a billion dollars of public money last year, 12.9% of its GDP vanished in just two days thanks to an alledged banking scam. But let's look beyond the numbers. Chisinau, a forested city, could easily win the European Green Capital Award—if only it had the opportunity. When it comes to shopping and restaurants, it is difficult to find the famous brands present in all other European capitals: There are no Apple stores, no H&M, and there is just one McDonald's in Chisinau. The only foreign brands are Romanian, Turkish or Russian.

Chisinau is not Moldova

Outside Chisinau is different: you will not see nice cars in the countryside. Little more than 100 km away from Chisinau, in Capaclia, none of the houses have running water. Children carry buckets of water that are larger than themselves. The Mayor, Alexei Busuioc, laments the situation but his priority policy was to provide running water in schools. Indeed, after the Church, the schools in Capaclia are the best maintained buildings. Thanks to the support of an Alsatian association and the motivation of volunteers, France has left its financial mark on the village.

Alexei Busuioc explains that decentralization is not effective in Moldova. “Only the mayors of the same political allegiance as the central Government have substantial endowments,” he says. He demands that the EU decentralize its assistance so that Moldovans benefit equally from European support. 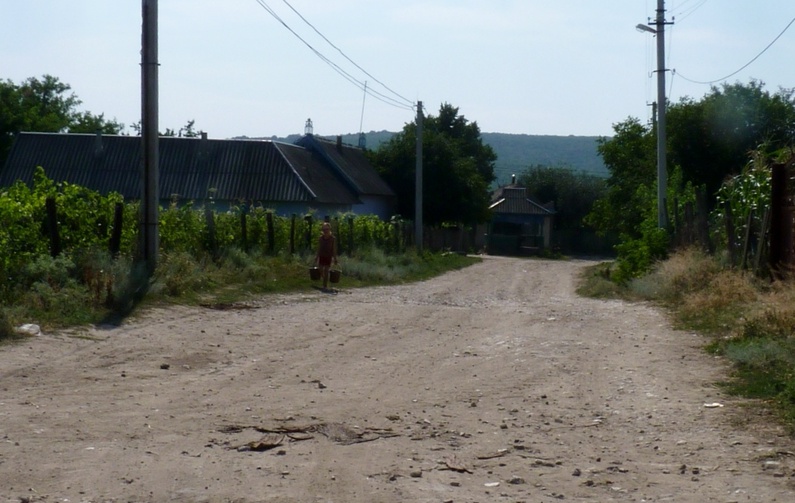 On the 15th October, the former Prime Minister Vlad Filat was arrested by the anti-corruption office and will be heard in the legal case surrounding the vanished billion dollars, further deteriorating the reputation of the Moldovan political class.

However, the ruling parties have anticipated the disappointment of Moldovans, especially of young people dropping out of the political process. Sergiu Boghean, former president of the young liberals explains: “Young people started getting involved in politics after the events of April 7th, 2009. Today, that part of the population is disappointed by the political class and its failure to reform the country.”

Indeed, after signing an association agreement with the European Union, Moldova embarked on a path of significant reforms. However the debate continues to build around geopolitical arguments, leaving questions surrounding the implementation of the reforms unanswered.

Transnistria, the hammer and sickle

The official language of Moldova is Romanian, but Russian remains the second most-spoken language in the country. A member of the Moldovan Parliament argued the choice of language was a means of taking sides in the geopolitical debate: “If one believes the polls, the Russian-speaking population voted for pro-Russian parties, and the Romanians chose pro-EU parties,” she explains, “One can even choose sides based on religious faith, between the Russian and Romanian Orthodox churches.”

In the streets of Chisinau the debate is even evident on the cars, some carrying Russian flags, others emblazoned with the European stars. However, in two separatist regions the European flag no longer waves: Gagauzia and Transnistria.

Transnistria has completely escaped the control of Chisinau. The de facto Government of Transnistria even produces its own currency, the Transnistrian ruble, whose coins resemble casino tokens. The capital of Transnistria is the second city of the country and also the most industrialized one: Tiraspol.

Walking around the streets of Tiraspol is like walking through history, and not necessarily the happiest version of it. It is built around a main boulevard, October 25th Street, a shopping street whose stores can be counted on the fingers of one hand. At one end, we find the party headquarters, at the other, Soviets' House. At each end, there is a statue of Lenin. And all along there are sickles, hammers and posters of the Red Army. It stands in stark contrast to the centre of Chisinau, characteristic of a country stranded between histories. 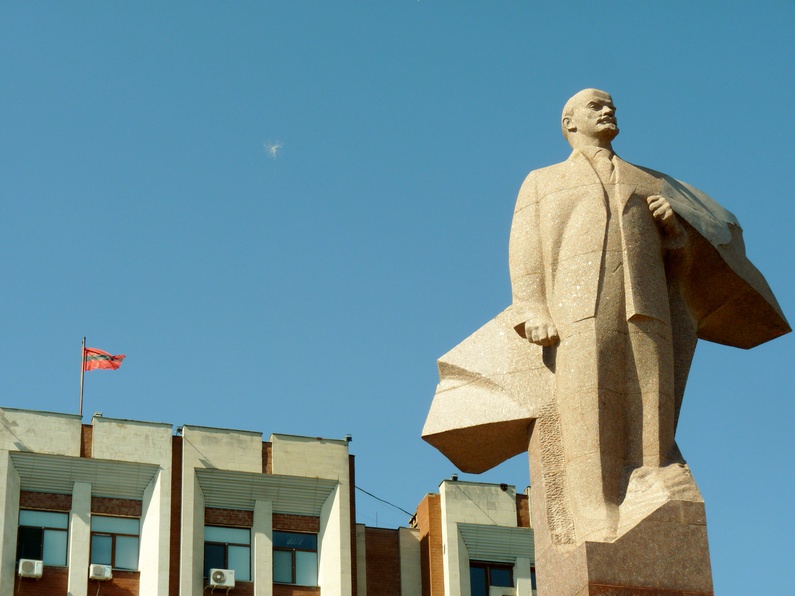 Article written with the collaboration of Charles Gomi.

This article was published by our local team at cafébabel Brussels! Look out for more of their articles across the site.