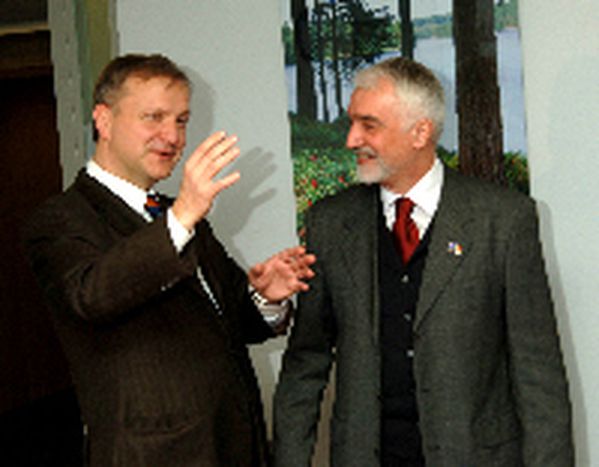 Membership brinkmanship in the Balkans

For years we promised to accept the Balkan states’ bid to enter the EU. As politicians slow down the integration process, the region is further destabilised

The European commission acted as expected. In May, it published a report stating that the extension of the EU was an ‘economic success’ not only for new members but also for older EU states. New jobs have been created throughout Europe from Krakow to Copenhagen. Recent members boasted a strong growth before they joined the EU and the older do not fare worse since their integration. And there is still no sign of rampant immigration into the West.

Nevertheless Europe displays little euphoria following this positive extension of the EU. Almost all states which share a border with an EU member have applied for membership. But European citizens, and especially their politicians, show a certain weariness towards the extension of the EU. When examining new bids to enter the union, politicians want to organise extensive opinion polls among Europeans. And yet these clearly show that the Dutch and French refusal to ratify the constitution showed they rejected globalisation and not the new EU members.

Right-wing MEP Elmar Brok (European People’s Party) believes, like some other politicians, that new forms of EU membership should be invented such as an enhanced economic European space, a privileged partnership or widened partnership. But the traits of these second rate memberships are unclear. Others would like to better examine the absorption capacity of the EU before accepting new members.

Since 1993, candidate states must abide the Copenhagen criteria before gaining membership to the EU. But the expansion of the EU towards the East has put it under pressure. Democracy, the adoption of the acquis communautaire, a body of common rights and obligations that bind EU members together, and the respect of the state of law are a few these criteria. And the absorption capacity of the EU also had to be taken into account. Both sides have had to implement radical reforms. But until now the integration capacity of the EU was never mentioned as an obstacle to the integration of new members.

During the UE summit in June 2006, heads of states and governments asked the commission to publish a report on the absorption capacity of the EU in autumn before debating it in December. Many will shout out in favour of the extension of the EU in the Balkans. The integration of Bulgaria and Romania will pave the way for the entry of Croatia.

The integration process of the Balkan states is not without its dangers. Ten years ago, Ex-Yugoslavia was a zone of conflict and war. The perspective of joining the EU reinforces mutual solidarity and encourages them to reform their country. The economic advantages of the EU are also very attractive.

For Hannes Swoboda, vice-president of the European Parliament’s delegation for the South-east of Europe, ‘people know they must make an effort to join the EU, but their efforts only make sense if they can benefit from their new status as EU member’. For Swoboda, Austrian MEP, the situation is critical: ‘without this hope, countries might sink into an economic and social depression. And emigration to other countries would only worsen the situation’.

Angelika Beer, a Green MEP and expert of security issues, is even more emphatic: ‘if we take away the only hope Macedonia, Serbia, Bosnia or Kosovo have of one day joining the EU, we might as well start preparing a peacekeeping force’. In her opinion, the EU should limit the ethnic fracture of the Balkans following the Dayton agreements of 1995 (Bosnia) and the Orhid agreements of 2001 (Macedonia).

The integration of new members is not only an issue of economics or security. It is also a matter of principles and values. Beyond the economic boost liked to the extension of the EU, we face a historical chance to reunify Europe. It is the duty of the member states to accept new candidates even if it is not in their economic interest. Similarly the eastern countries show their solidarity towards their neighbours of South East Europe. ‘We can’t quite slip through the door and then slam it in their face,’ declared an East European diplomat in Brussels. Ultimately, the heads of states and government in the EU vowed to integrate the countries of Ex-Yugoslavia. During the summit at Thessaloniki, Greece, in 2003, they promised to accept the Balkan states’ bid to enter the EU if they complied with the Copenhagen criteria. According to the diplomat, this promise does not go down very well with certain civil servants in Paris and Berlin. But if one stalls the entry process of the Balkan states, one is not only be destabilising the region but also acting immorally towards ex-Yugoslavia.