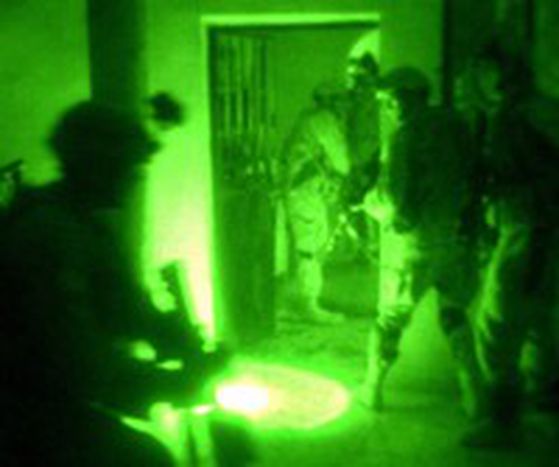 Information reaching us from Iraq is giving us a distorted image of reality. Through manipulation and attacks on journalists, governments and armies are doing what they can to ensure that we do not know what is really happening.

Iraq’s media and information war did not start in March 2003 with the bombing of Baghdad: it began manipulating international public opinion long before, raising alarm and encouraging the beginning of a unilateral war waged without UN sanction.

We now know that what we had suspected is true: the weapons of mass destruction (WMD) never existed; there was no connection between Saddam Hussein and Al-Qaeda; and the dangerous WMD fabrication centres, in most cases, turned out to be cattle sheds and mushroom farms. Even the turkey that Bush showed off to the media on Thanksgiving Day was not real, but a crude plastic imitation.

One of many obstacles facing American leaders in their attempt to control what we know is the new information society. This modern phenomenon is making it harder and harder to put into practise the Nazi minister of propaganda’s, Goebbels, theory that “a lie told a thousand times over becomes the truth.” The arrival of new Arab media with their divergent approaches and the emergence of new, innovative means of communication have facilitated the arrival of more information, for the first time making possible the liberation of public opinion from the US-created media and propaganda matrix.

The Arab television station, Al Jazeera, has both provided the public with images that were censored by the American government and highlighted contradictions in information broadcasts about military activities. Most notably, we remember the American attack on a “terrorist training camp” in West Iraq last May that was revealed by Al Jazeera as being a massacre at a wedding banquet resulting in 42 deaths, fourteen of which were of children aged under 12 and eleven of which were women of different ages. Al Jazeera has thus become an information reference point for Westerners too, reducing the prominence of American news agencies, especially that of CNN – the “official” news station of the first Gulf War.

The emergence of these new forms of media has also allowed for information leaks, such as those revealing the deplorable abuses at Guantanamo Bay and Abu Ghraib jail. The horrific images of Iraqi prisoners being tortured by American soldiers raised doubts about the war’s claimed defining cause: the liberation of the Iraqi people.

Another example of media confusion is Newsweek’s retraction of its story about the desecration of the Koran at the United States’ Guantanamo base in May. An apology was brought about following denials from Washington and violent protests throughout the Arab world, especially in Afghanistan where 16 people died. However, the allegations then turned out to be true. The Daily Mirror found itself in a similar situation last year when, after publishing photos of alleged Iraqi prisoner abuse by British forces, they announced that they were, in fact, false. The editor’s resignation immediately followed.

Even Iraqi insurgent groups have taken advantage of the media and new technologies to spread fear amongst the American forces and those cooperating with Iraq’s transitional government. Defying American government censorship, we have witnessed with horror the execution of hostages and the dismembering of dead American soldiers in ambushes. Meanwhile in the States, images of the soldiers’ coffins returning from Iraq are being censored.

In this way, the media plays a central role in this abominable war and, as such, journalists are the prime targets of insurgents: almost 60 journalists (mostly Iraqi) have been murdered since the beginning of the war and 29 have been kidnapped.

It is no longer possible to simply conclude, as Socrates did, that “I know one thing, and that is that I know nothing”, and hope to escape the horror of this war. This infernal media matrix, which by the means of propaganda, manipulation and fanaticism is turning the East and West into enemies, must be brought to an end. For this to happen, we need independent journalists who are capable of relaying to us what is happening on the ground and who can tell a real turkey from a plastic one. The fight against international terrorism must not form a new matrix that distorts reality and alienates society. We must instead leave behind this spiral of lies and confusion. We cannot allow the media to become a weapon of mass destruction and we must remain alert and critical.