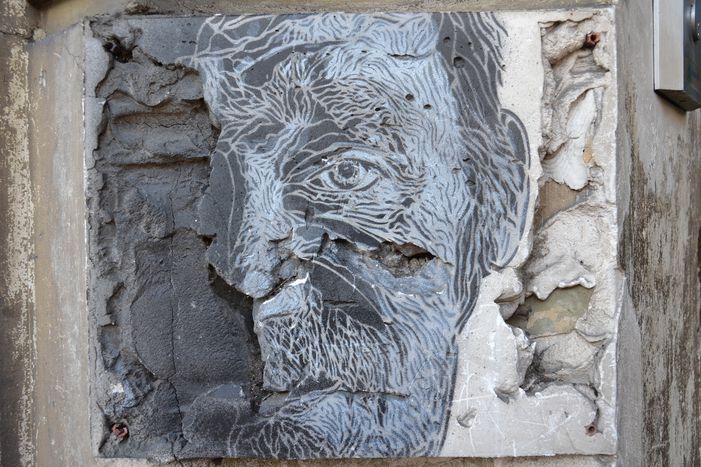 ‘Judeophobia has exploded in Europe’s face’

An interview with Gustav Perednik, researcher and author, who has worked at the Hebrew University in Israel for many years. Today, he is Director of the ‘Educational Programme of the Jew’s Role in Civilisation’, supported by B’nai B’rith.

Perednik has written several books on ‘Judaism and Modernity’. One of the most recent is entitled ‘Judeophobia’. With this expression, Perednik is trying to define a phenomenon that, for him, anti-Semitism does not adequately cover: the old phobia and hate towards the Jewish people. In this interview with café babel he develops the provocative idea that there is more ‘Judeophobia’ in contemporary Europe than Europeans would like to admit.

café babel: Is Europe witnessing a new wave of anti-Semitism?

Perednik: The endemic Judeophobia of this new millennium is turning rather nasty. It is not so much a new wave but an exacerbation of Europe’s old and ignorant hate towards the Jewish people. As the Holocaust recedes into history, little by little Europeans are feeling less scrupulous and are taking the covers off their Judeophobia as if somehow this is wiping away their own sins. The Jew must be presented as a victim so that their long suffering is implicitly included in Europe’s clutches. Israel must be compared to the Nazis so that European passivity in the face of the crimes of the past can be made relative.

Without a doubt the mythology is very similar. In the past Jewish people were demonised as being bloodthirsty plotters, the Jewish religion as vindictive and cruel, ‘overcome by the religion of love’. Today, Israel, is demonised in the same way, as if it were a predatory theocracy financed by a hidden world power. In reality it is a small country that has fought for its survival since its creation in the combative, totalitarian and oppressive atmosphere of the Arab regimes.

Out of the nearly 200 countries in existence, only the Jewish one is required to apologise for its very existence (which was after all the case for the individual Jew in the past). All States were conceived through national movements but of those only the one that created the Jewish State, Zionism, is presented as illegitimate. During the Middle Ages the words ‘Jew’ and ‘Synagogue’ were denigrated; today Europe has admitted ‘Zionism’ and ‘Israel’ to its Judeophobic lexical slang.

What do you think is the cause of this? What role does Europe’s media play?

The cause is two millenniums of teaching contempt for the Jew, deep-rooted in Europe, and a contempt that today is vented against the Jew as a nation.

You only have to look at the hypocritical solidarity with the Palestinian people. The Palestinians only attract European solidarity when Israel can be accused of causing its misfortunes. When other regimes refuse to budge against the Palestinians (Jordan, Kuwait, Arafat), Europeans do not get indignant in the same way.

The big question is why, out of the hundreds of Stateless peoples (Kashmir, the Kurds, the Chechens, Tibet etc), only the Palestinians delight in the solidarity and finance of the European Union, even when a good part of this generosity only finances terror and the indoctrination of hate. The response to this question is that Arafat has chosen the prefect enemy to transform himself through the European media into a leader of justice. The most degrading acts, with which Arafat’s regime oppresses his own and the Israeli people, acts that celebrate death and terrorism, would never be forgiven if perpetrated by other groups. But when the victims are Jews, for the European media (in general) it is not terrorism, but rather 'legitimate resistance’. In the European media (1) Israel is guilty even when innocent. There are no Israeli victims or Palestinian excesses. This European media actually represents the most visible aspect of current Judeophobia. It would be very difficult to read a newspaper like ‘El Pais’ for example for a month and not notice Judeophobia.

How do you assess the negative response by the European Monitoring Centre for Racism and Xenophobia with regard to making its last report on anti-Semitism public?

Judeophobia has exploded in Europe’s face and it still refuses to recognise it; hiding that report is part of a general malaise. It is not easy to admit your own hatred. It requires a lot of intellectual and emotional strength for Europe to recognise a hate that has poisoned the continent for centuries.

In your opinion, what measures should the European Institutions take to combat anti-Semitism in Europe?

There is a cure for anti-Semitism or Judeophobia. Today we find ourselves in a better situation than fifty, two hundred or one thousand years ago. Therefore, there is much that we can do to neutralise this phenomenon. The measures that need to be adopted are eminently educational. A chapter on Judeophobia needs to be added to European educational programmes, a chapter about how the Jewish people has been demonised for centuries as being wicked and evil and how that demonization is still in evidence today. It would also be useful to add a clause of contrition to the European Constitution as a way of reconciling Europe with the Jewish people, and for the European media to rid itself of the Manichaeism that characterises it in matters concerning the Middle East.

But, I insist, the fundamental way of overcoming Judeophobia is to be found in the lecture halls.