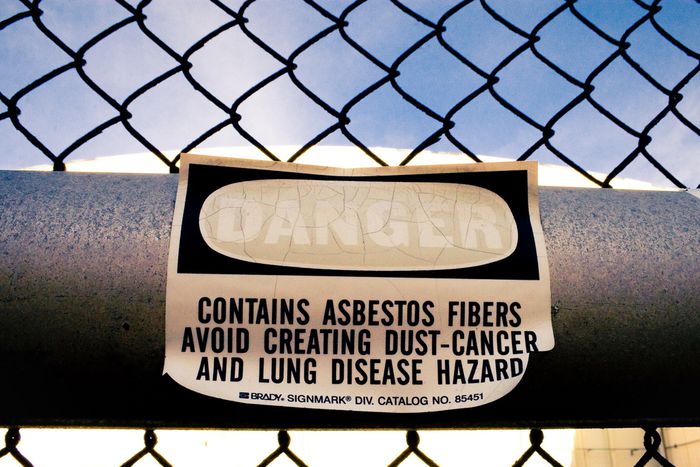 Italy: documentary creators of 'Asbestos in the Dock'

What began as a social networking site to gather helpful information for the documentary 'It snows even in summer' has become an active investigation in the running for the 2010 Ischia international journalism prize. The history and scope of Asbestos in the dock

Niccolò Bruna and Andrea Prandstraller are the directors of the documentary The Great Asbestos Trial - It snows even in summer, a courtroom drama that narrates the dispute against the multinational asbestos corporation Eternit in Turin, Italy. Eternit is 'charged with causing an environmental disaster and failing to take proper precautions' for all of the lives that it has left ravaged.

When it still wasn’t certain that the trial would actually begin, Niccolò thought of opening a social network on behalf of the asbestos victims' association (associazione familiari delle vittime dell’amianto, Afeva) of Casale Monferrato: Asbestos in the dock, the Eternit trial report. 'The trial’s history is a collective story,' explains Niccolò. 'It's a story where many people share information. Through their narrations they complete the account of the victims. The initial idea was to do a weekly report over the course of the trial, and also to collect useful information for the documentary.' Some of the main characters in the film, which is scheduled for release in the first quarter of 2011, were discovered by Niccolò and Andrea thanks to Asbestos in the dock.

Many of those who actively follow the topic of asbestos live far from Turin and Italy. These anti-asbestos activists are almost always notable experts on the subject, and participate with ideas for the forum via comments, photos, and videos. 'The members also sign up to acknowledge the cause. They don’t want just to be informed, but actively participate. Because of this it’s useful that it’s a social network and not a website,' adds Niccolò. The group also includes journalists and lawyers, but they make up less than 10% in a group of 137 members hailing from 25 different countries. Readers of Asbestos in the dock come from 80 different nations: a couple of reports arrive each month from Costa Rica, where the Swiss magnate Stephan Schmidheiny currently resides. Schmidheiny, along with Belgian baron Jean-Louis Marie Ghislain de Cartier de Marchienne, is the principle accused in the Turin trial, which began 9 December 2009. For the first time at the stand there is not simply one company director or intermediate executive, but the maximum representatives of a rich and powerful multinational corporation.

'Asbestos in the dock, conceived and written in English, has managed to mobilise people that traditional media would not have been able to bring together, because otherwise their coverage is limited to the opening day of the trial.' For Niccolò the possibility for a different way of gathering information exists. 'It would be grassroots-oriented and achieve better quality and coverage. The strength of Asbestos in the dock lies in the fact that its specific, localised subject draws international concern. The larger media follow the sensational side and not the substantial, but in Turin there’s a trial underway that may become a milestone where corporate social responsibility is concerned; it’s a symbolic question even more important than the trial itself.'

The driving force for Niccolò, from the idea of the documentary to the social networking site, has been the visibility of the asbestos problem. 'The prize brings a promotional possibility for the issue of asbestos, for Afeva, and certainly for our documentary. The initial point of view is one of indignation for the economic and social injustice, but there is also the desire to discover, in a problem this complex, rights for all sides.' In places where asbestos is still used there is economic interest in the industry, but also the social need to continue support for communities of citizens and workers; in Brazil, for example, in the state of Goiás, in the town of Minaçu, lies the greatest asbestos mine in America. There is no other economic or social alternative to the asbestos extraction, which is carried out in a more technologically secure way, in order to minimise the health risks for workers and townspeople. In Brazil Niccolò and Andrea have collected voices of those who still work with asbestos, and now they are planning to travel to India, thanks to contacts established through Asbestos in the dock. A tiny networking site dares to illuminate a global problem.