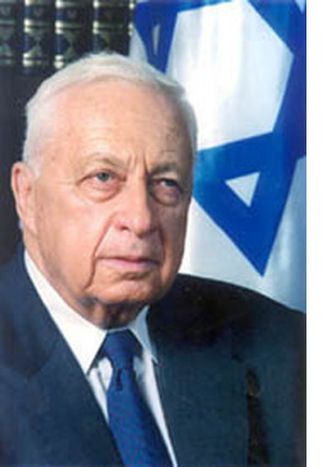 The abrupt departure of Ariel Sharon from the political scene brings about a new era in Israel riddled with questions: Palestine, Syria and Iran. First round: 28 March, the date of the parliamentary elections.

The essential ingredient in any chapter in the history of Israel is without a doubt the unforeseen. The grandfather “Arik”, the affectionate name for the Israeli Prime Minister Ariel Sharon, who is now politically dead after suffering a stroke, has gone the same way as his predecessors. The position of Prime Minister in Israel seems to be invariably cursed: Yitzhak Rabin was assassinated, Levi Eshkol ill. The rest, defeated in the elections or ejected by their own parties. Sharon’s departure from the scene has been as inconvenient as it has been unexpected, and it has happened at a crucial moment for his recently-formed centrist party Kadima (Hebrew for “Forward”). Just weeks before the elections, the party has before it the challenge of proving that, despite the political weight of its founder, it is not lost without him but a credible, stable party with enough support to not only have a majority in the Knesset (the Israeli parliament), but also to continue with Sharon’s Road map for peace with as much authority and diligence as that which has been achieved over the last few years.

Israel’s challenge within the international community

The international community is waiting impatiently for Arik’s successor. Ariel Sharon, traditionally close to the extreme right, and who has even branded the European Union anti-Semitic on occasions, underwent an abrupt turnaround in the last few years. During this time, as well as granting certain concessions to the Arab community, he also set in motion one of the most important plans in the long and tortuous peace process with Palestine: the Israeli withdrawal from Gaza. This meant the dismantling of various Jewish settlements in the Gaza Strip and the historic return of territory to the Palestinian Authority. The decision caused him to leave Likud, the party he himself formed after leaving the army in 1973, but it brought him recognition from the international community. During an address in the United Nations General Assembly last September, the Israeli Prime Minister admitted for the first time the right of the Palestinians to have their own territorial administration.

The victory of Benjamin Netanyahu, current leader of Likud, or that of Amir Peretz of the Labour party in the elections on 28 March could further delay completion of the Peace Process. Many specialists and the local press agree that the former Prime Minister, Shimon Peres, could be a key to the solution. Peres, signed up in extremis by Sharon for Kadima is currently, according to the polls, the one who will bring Sharon’s party the greatest number of seats in the Knesset: a total of 42. The same polls give Arik’s natural successor, the deputy Prime Minister Ehud Olmert, 40 seats in the parliament. So for now it would be too risky, with more than two months to go, to talk of the possible electoral advantage that Kadima could gain from the “wave of sympathy” caused by Ariel Sharon’s departure.

Whoever the new Prime Minister may be, he has before him not only the challenge of Gaza and the West Bank but also to remain firm when confronted with the worsening of the crisis with Syria. Not to mention the Iranian nuclear threat. The President of Iran, Mahmoud Ahmadinejad, has publicly expressed his desire to “wipe Israel from the map”. Support from the international community will be crucial for this new Israel without Sharon. Diplomacy will have to be the cane on which the new Prime Minister will have to lean.