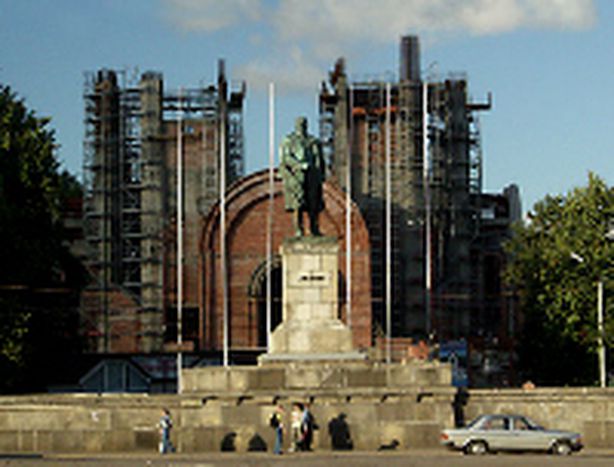 Is Kaliningrad taking its first steps towards the EU?

There is a region between Poland and Lithuania that is not part of the European Union, this region is Kaliningrad; a Russian territory with a hundred-year-old history, a difficult present and a European future

Kaliningrad was the capital of Eastern Prussia, having the German name of Koenigsberg. It was the birthplace of Immanuel Kant. In 1946, it became part of the Soviet Union, and the base of the Russian Baltic fleet. Since the EU accession, Kaliningrad finds itself isolated, in the middle of Poland and Lithuania.

Kaliningrad experienced a certain feeling of abandonment after the disintegration of the Soviet Union, when it entered a phase of political, economic and social crisis, mainly due to its separation from ‘Mother Russia’.

In a region where 90% of the world’s reserve of amber can be found, agriculture was the principle activity and the average per capita income, until a few years ago, was approximately 100$ a month. The decline that has taken place over the past fifteen years is evident: an extremely high unemployment rate and one of the highest HIV/AIDS infection rates in Europe confirm the lack of Moscow’s presence in the enclave.

Towards the end of 2005, the mayor of Kaliningrad Yuri Savenko declared that “a symbol of the victory of the Soviet people in the great patriotic war will appear in the renovated Pobeda Square,” referring to a statue of Lenin.

Nevertheless, during a press conference in 2004, Putin had to point out Kaliningrad on a map in order to show the journalists where exactly it was located.

The discussions about the Kaliningrad enclave do not only concern the transit issue. The European Union has offered, and continues to offer, support to the enclave. “We contribute to the development of this particular region, and we will continue our active cooperation”. The Foreign Affairs Commissioner, Ferrero-Waldner used these words after a visit to Kaliningrad on the 28 of February 2006, and thus confirmed the EU’s determination not to close the enclave off after the 2004 enlargement, and its will to promote economic and social convergence between Kaliningrad and its neighbouring states.

The EU-Russia summit of November 11 2002 laid down the rules for the transit of Russian citizens between Kaliningrad and other Russian territories, these rules being implemented on the 1 of July 2003, with positive results. The volume of transit goods rose considerably both in 2004 and 2005, by 10% and 20% respectively.

The EU directed more than 100 million euros to Kaliningrad between 2001 and 2006, mainly in technical assistance, finance and trans-border transit, within the scope of the Special Programme for Kaliningrad, part of the Neighbours Programme. From 2001, Kaliningrad has grown faster than the Russian average.

What path should Kaliningrad take?

With economic growth, for the most part thanks to European action, and bordering only on EU member states, what is Kaliningrad’s next step?

Besides experiencing political and economic difficulties, Kaliningrad is also undergoing a profound identity crisis. “We are unlike any other Baltic state. They have their own language and culture… We will always be part of Russia” says Olga Danilova, a teacher and guide in Kaliningrad, to the BBC in 2003.

However, many people especially the young, have voiced the opinion that Kaliningrad is becoming closer to Europe. Svetlana Kolbanyova, a young TV reporter believes that “Kaliningrad dreams of being European. It’s a kind of mix. We’re Russian because we speak Russian and our culture is Russian, but in view of our ties to Europe, we kind of feel European”. In fact only 15% of young people in Kalningrad have visited Russia, whereas 80% have visited Europe.

While the EU’s official position remains to assist Kaliningrad without interfering with Russian sovereignty, its economic and political influence is increasing. Schröder, the German ex-Chancellor recently asserted – obviously negating any kind of territorial claim – that “in his heart, this city will always be called Koenigsberg”.

The European Union entered with superiority onto the political scenes of various Eastern European States, and ex-Russian republics such as the Ukraine and Byelorussia. Could something similar happen with Kaliningrad, thus leading to unpredictable consequences?

What we can see today is a significant European economic force, a good level of cooperation between Russia and the EU, and a growing European economic and cultural influence on the region. Last but not least, a people tired of feeling abandoned by Moscow, wanting to improve standards of living and ever more convinced that the future could lie in Europe, just over the border.