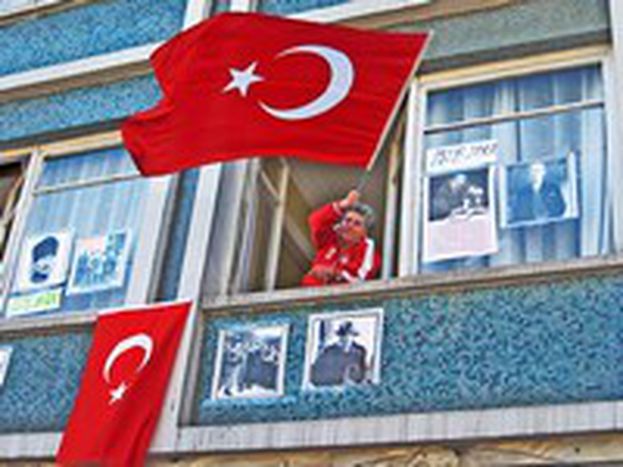 In Turkey islamism is modern

Durão Barroso says Turkey is not yet ready for entry into the EU, and Spanish Secretary of State for the European Union, Alberto Navarro argues that the sphere of influence in Turkey not taken up by the EU will instead be taken up by Russia, China or Iran.

With almost 47% of the vote, the Justice and Development Party (AK Party), Turkey's moderate islamist party, led by Prime Minister Erdogan, was reelected on 23 July – winning Turkey's legislative elections by a landslide. Meanwhile, the EU, compromised by Nicolas Sarkozy's electoral promises that he would oppose Turkey's accession to the EU, is giving Ankara ambiguous signs at best. Indeed, on 27 July, the French Secretary of State for European Affairs Jean Pierre Jouyet, still insisted on the conservative idea of 'a privileged partnership with Turkey.'

There are several reasons for the second consecutive victory by absolute majority of the AKP, and all should invite the EU to seize this exceptional opportunity to provoke a change of mentality in those Muslim countires closest to home, as well as in the minds of European islamophobes.

Firstly, the AKP is the only party that represents the organised opposition of civil society against the overwhelming power of the army in Turkish politics. Despite the enormous demonstrations two months ago against the AKP's proposed presidential candidate, the moment of weakness of the governement was not efficiently exploited by the opposition. The secular Turkish parties proved themselves incapable of defending civil power against the army when the latter threatened to intervene if an islamist president were appointed. This identification of the islamists – in this case, moderate islamists – with civil society isn't an exception, as can also be seen in the success of islamism (moderate or not) in countries like Egypt, Morocco, Algeria or even territories like Gaza and the West Bank, where Tony Blair has offered to use his diplomacy talents to achieve enduring peace between Arabs and Israelis.

Secondly, Erdogan's islamist party won the elections for having proven itself the guarantor of the country's economic stability. Not only because it saved the country from the economic crisis it suffered in 2001 after a series of very strong earthquakes, but because it did so with the economic criteria demanded by the EU – such as free movement of capital, goods and people - in mind. As a result of such measures, a GNP growth of 4.3% is foreseen for 2007, as well as an inflation rate of 7.7%, a huge improvement from the 66% of the late 1990s.

Lastly, as islamism creates international bonds between Muslim countries, the AKP is Turkey's only big non-nationalist paty. This makes the party attractive to a whole sector of the population concerned by the rise of nationalism in Turkey, a concern shared by the EU.

For those three reasons, it would be important to communicate to islamophobe Europeans, especially those opposed to the entry of Turkey into the EU that in that particular country it is precisly the moderate islamist who best represent the EU's values. If France, Germany and Austria weren't so hesitant about the entry of Turkey to the EU, the latter would send a clear message that it believes in the compatability of Islam with democracy and of its compromise with democracy in the Muslim world.