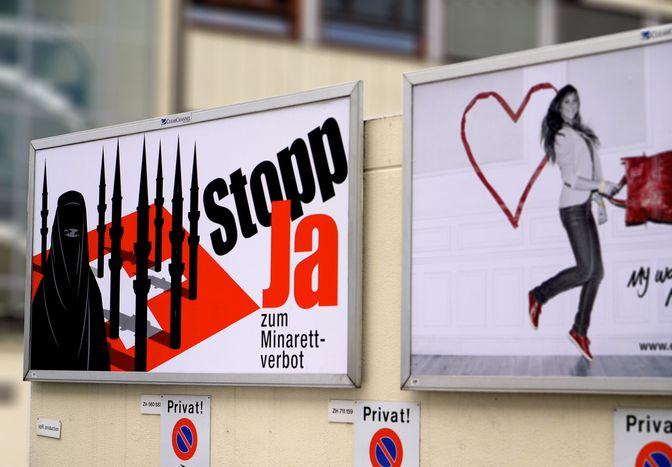 On 29 November, the people of Switzerland voted to ban the construction of new minarets. The referendum initiated by the Swiss people's party and the conservative federal democratic union has dealt a severe blow to religious peace in the country, write the Estonian, Swiss, Portuguese and Austrian press

The campaign to ban minarets in Switzerland has fanned fears of islamic fundamentalism, writes the daily: 'With their vote the people of Switzerland have done their country a huge disservice. The country's muslims, who make up 4.5% of the population, many of whom come from the former Yugoslavia, are for the most part well-integrated and largely unproblematic. Religious peace has been dealt a severe - and needless - blow. Moreover, in such questions it becomes a religiously neutral state like Switzerland to behave neutrally. The degree to which the unexpected outcome of the referendum has unnerved the government can be read in the sentence - meant reassuringly - that the four existing minarets do not have to be taken down. The initiators' hard-nosed bet has paid off: their campaign has succeeded in fanning fears of militant islamic fundamentalism, which may be a problem in some regions of the world, but certainly not in Appenzell [where 71% voted in favour of the ban]' (Helmar Dumbs)

The minaret ban in Switzerland is pre-modern, the daily writes: 'Switzerland has stressed its intolerance towards a religion that is growing in western Europe as a result of the influx of immigrants. The building ban for minarets on mosques won't bring the Swiss the [national] security they used as an argument during the campaign. With this choice Switzerland is rather providing islamic extremists with new arguments. For centuries christians were tolerated in islam, while the opposite was unthinkable in Europe. Today there is a mosque in Rome but it's unimaginable that a Christian would travel to Mecca. Switzerland has decided to go back several centuries in European history' 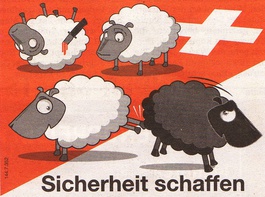 The vote in favour of a ban on minarets could harm Switzerland's international image, the daily fears: 'The result of the referendum on a minaret ban was far from being a coincidental majority. But the campaign has shown that the reality of islam in Switzerland has nothing to do with the demonised image that has clung to this religion for years - the image of a religious fanaticism that manifests itself in such shocking extremes as terrorism, sharia law, the burka and the stoning of women. The Swiss muslims don't deserve this unfair sanction, which was prompted by fear, fantasy and ignorance. We can safely bet that the same initiative would have produced a similar result in other European countries, but this doesn't make the damage to Switzerland's image any less spectacular' (François Moudoux)

'Crisis made it easier ' - Postimees, Estonia

The Swiss ban on building minarets is reminiscent of the headscarf debate in France but with a few differences, the daily comments: 'The dispute in Switzerland has been going on for some time, but in the end it was the right-wing Swiss people's party that saw its opportunity and seized it: the economic crisis made it easier for it to explain to citizens why minarets are supposed to symbolise the power struggle with the rapidly growing Muslim immigrants community. In the dispute over headscarves in France other religious symbols like large crucifixes were also removed. In Switzerland on the other hand the minarets which already exist won't disappear. At any rate it's not yet clear whether the ban on new minarets in a multicultural country with around 400, 000 muslims will destroy the peace between religions or even lead to a new conflict between muslims and the western world' (Jürgen Tamme)