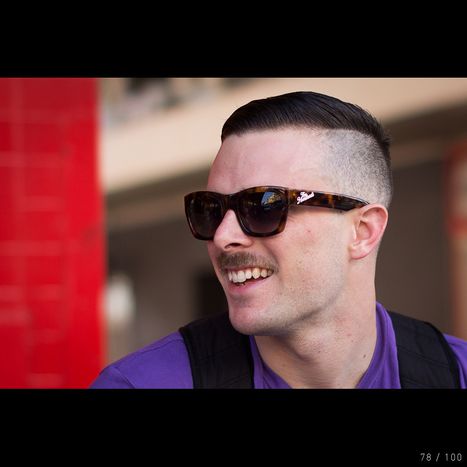 Hating on the hipsters in Berlin

Once wasn't enough: Berlin is yet again living through an occupation. The ever-growing social species of the hipster is considered a foreigner, and is stirring up the aversion of native 'Berliners', even rekindling forgotten pleasures in certain extremist circles. Direction Neukölln, the cool district of the German capital which walks the line between defending a trend and resisiting the invader

In capital letters the message 'Do not fuck with us' is scrawled on the front door. To the left, a badly hung Greek flag spills onto a dusty box. To the right, steamy windows are riddled with anachistic stickers. In the smoking room, customers play cards by candlelight while a drunkard staggers about an 'Occupy Neukölln' placard. Welcome to the real Neukölln, aka Matthias Merkle's bar, Free Neukölln ('Freies Neukölln'). 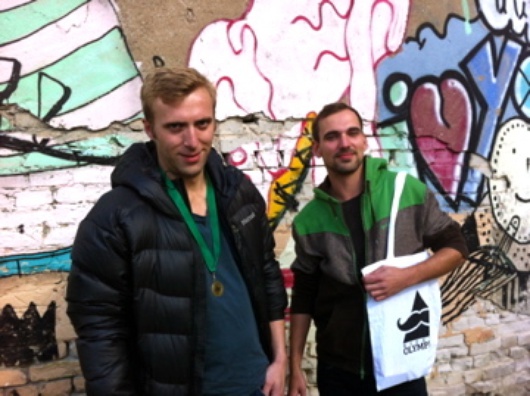 The bar resembles the darkest hours of the resistance because it symbolises one of the rare bunkers in the area standing up against the invasion of the moustached adolescent. Surrounded by cafés offering soya milk and avocado sandwiches, the 42-year-old bar manager has decided to get his own back by releasing a video in which he tracks 'hipsters on bicycles' - and insults them. Whilst it does border on obscenity, Matthias' barbed humour is not entirely out of place in the German capital; anti-hipster militants are more and more active here. In Neukölln and Kreuzberg (districts in the south of Berlin), the last three months have seen dozens of supposedly 'hip' cafés and shops attacked with eggs, stones or spray paint. On one wall next to a broken window there is graffiti saying: 'Now the tourists will just have to freeze'; on another,  'Fucking artists'.

'The hatred for hipsters has become a common sentiment in Berlin,' explains Janek Korsky. The 30-year-old social worker from Bavaria has without doubt become the firmest protester against Merkle and co's catty witticisms. In 2010 he and some communist friends created the noteworthy organisation Hipster Antifa Neukölln. This is literally a group which aims to fight anti-hipster fascism in Neukölln. However, with his shaved head and tracksuit jacket, Janek looks far from being a hipster himself. 'We decided on this name just to provoke the people who are going too far,' he explains. He refers to people who, paradoxically, are of the same political leaning as he is - extreme left - and whose actions have led him to stop giving out his photo or biographical information. 'Sometimes, they can be dangerous. These people claim to be left-wing but commit violent acts which are potentially racist.'

Read 'Escaping tourists: moving from Oranienstrasse to Neukölln in Berlin' on cafebabel.com

According to Janek, the debate goes far beyond the idea of gentrification and is more about a real social issue. 'Anarchists and communists used to see expression of artistic engagement and avant-garde activism in areas like Neukölln. Nowadays the hipsters have replaced the squatters. They don't give a shit about the political stakes. What interests a hipster more than anything is himself.' This allergy to hipsters goes way beyond bile-filled websites and tumblr blogs. Elsewhere, the social species has been the object of a 2010 study by an American professor in the essay What Was The Hipster ? A Sociological Investigation. Mark Greif says that to understand the problem, one can read the work of the French sociologist Bordieu (Distinction: A Social Critique of the Judgement of Taste, 1984). It's a way of saying that to love or to hate the hipster is first and foremost a matter of taste. It is sometimes good to remember that when it comes to matters of taste, it's better to say 'I don't like' than 'it's not good'.

In any case, that is the opinion of three young hipsters who have uploaded a three-minute video online in the hope of describing a true 'Berliner Hipster'. Maya ,Joel and Jan - respectively 19, 21 and 22 years old - are sitting inside one of Kreuzberg's many hip cafés. Packs of rolling tobacco lie on the table; the trio share a glass of pressed orange juice. A profusion of skinny jeans, checked shirts and canvas bags is present. 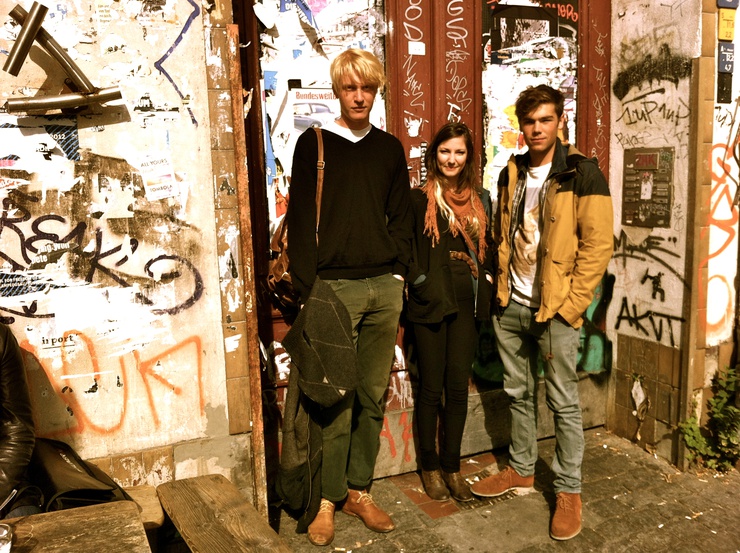 'We wanted to highlight the fact that the people of our generation tend to be creative and follow a lifestyle which aims to make art more sophisticated,' says Maya, whose dream is to form a progressive rock band. 'We've also observed the debate in Berlin surrounding hipsters, and have realised that it is sometimes taken too seriously,' says Jan, a tall blond whose locks immediately betray his social identity. 'For me, hipsters are a sign of change,' adds Joel. 'And people feel affronted by an evolution that they can't control.'

So there. That said, one question does persist. Why does Berlin attract all of Europe's hatred towards the hipster? The answer may be found in an American burrito restaurant in the east of the capital. Against a background of minimal music, Nate Blanchard rants between mouthfulls. 'Come on, it's not the first time in history that young people are trying to identify with something new! The problem is that there's a lot of hype about Berlin, and the city has been invaded by hipsters.' 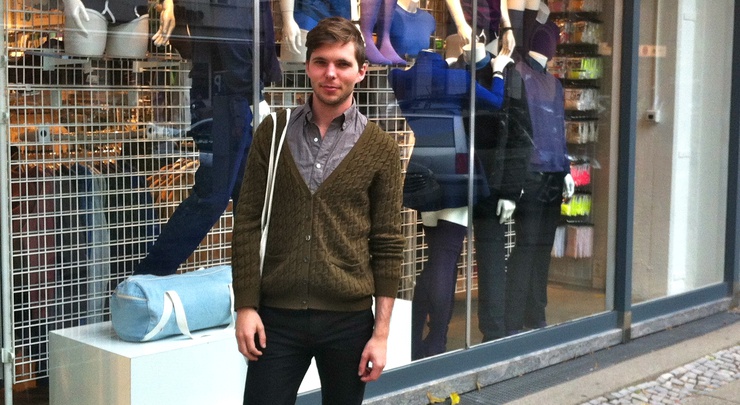 Nate is an American prophet. Last year he decided to quit California and settle in Germany to take advantage of all the capital has to offer: low rent, great concerts and big booze ups. Now, at the age of 22, he's a manager at American Apparel and replies 'of course' when asked if he is considered a hipster. And he doesn't care. 'The debate is just hot air,' he says. But in reality, this kind of detached nonchalance is rare in Berlin. There is no point in asking the same question on any Neukölln street, nobody would admit to being a hipster; the term is still very pejorative. And anyway, if there is one characteristic that defines the hipster - here or anywhere - it's that he insists that he isn't one.

Whatever may be, whichever camp you may fall into, remember one thing: the hipster is bankable. Countless events are organised around the most mocked youth of this generation. The hipster olympics attracted more than 6, 000 visitors in July, and start-ups promote fake festivals in order to boost their e-reputations ('hipster' is one of the most searched terms on google). Yes, hating the hipster is a well enjoyed pasttime in Berlin. And the entire city remains occupied by this multiplying species. Well, almost the entire city: one bar continues its resistance against the invaders. Even if life isn't always easy. Having ignored all requests for information, Matthias Merkle has, according to legend, withdrawn to a garden in the city somewhere, to tend to an organic vegetable patch. Fucking gentrification.

This article is part of the sixth edition of cafebabel.com’s flagship project of 2012, the sequel to ‘Orient Express Reporter’, sending Balkan journalists to EU cities and vice versa for a mutual pendulum of insight. A huge thanks to the folks from cafebabel Berlin