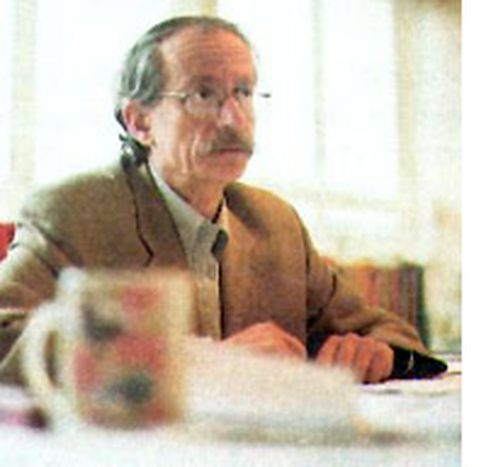 “Has Africa ever been ready for dictatorship?”

If Africa remains underdeveloped, it is in the interests of the former colonial powers. Will Europe’s policies on Africa steer clear of neo-colonialism? François-Xavier Verschave, the recently deceased expert on Franco-African relations, responds.

François-Xavier Verschave ran the association ‘Survie’ (Survival), which is committed to promoting democracy and respect for human rights in Africa. His books, such as Françafrique and Noir silence (Black Silence), denounced France’s neo-colonialist policies that stand in the way of the continent’s development. He died this summer, on June 29 2005.

Billions of euros’ worth of developmental aid has been made available by European countries and the EU since the independence of African states. Why is Africa still suffering so badly?

We need to make a distinction between the situation in the former French colonies and that of the former British ones. The independence of francophone countries was violated in favour of establishing neo-colonies, in the strictest sense of the word, with black governors who essentially maintained the structures of colonial exploitation. These systems are in many cases still in place. The cause of poverty is very simple: we have illegitimate governments which represent external interests. A number of these presidents are paid by Elf [the former French oil company that merged with TotalFina], for example. They serve Elf and France but not their own country. They get their medical treatment in France, their children study in France: they therefore don’t concern themselves with health and education at home. On the British side, the mechanisms at work are different due to different colonial practices: indirect rule. The British withdrew from the territories and didn’t set up governments directly manipulated by London. What is Europe’s role now? The problem with Europe is that it is not really interested in its relationship with Africa. It tends to delegate the political aspects – the most important questions – to the former colonial powers, that is, France, Belgium, Great Britain and Portugal to a certain extent. This means accepting their savoir faire, which is a knowledge of colonial exploitation.

At the beginning of the 1990s, Jacques Chirac claimed that “Africa is not yet ready for democracy”. Today, a central element of the Cotonou Agreement is the promotion of democracy and human rights. Has France’s opinion changed?

The Nobel Prize winner Wole Soyinka made the following retort to Chirac’s statement: “Do you think that Africa has ever been ready for dictatorship?” We are always forgetting that Africa has political traditions stretching back thousands of years that are anything but totalitarian. It wasn’t the same form of democracy that we know, but it was swept aside by centuries of external oppression. Africa must reconquer the foundations and mechanisms of political legitimacy. Obviously, the ex-colonisers are in no position to give lessons. For fifty years, all of Africa’s peoples have been calling for the possibility of choosing their leaders and getting rid of those they don’t want any more. Europe is dominated by big powers who are ‘interested’ in Africa – notably France, which put systems of electoral fraud in place. Even Mobutu http://en.wikipedia.org/wiki/Mobutu_Sese_Seko [ex President of the Democratic Republic of Congo] towards the end of his life said that he would be willing to submit to the ballot box’s verdict – if France organised the elections.

So France has still not accepted democracy in Africa, which goes against the Cotonou Agreement.

France organises and supports tens of African dictatorships, including the worst caricatures in Togo and Gabon, and Robert Mugabe. When the Madagascans rose up in protest against vote fixing, France supported the dictator Ratsiraka to the last. But all hope is not lost: in 1990, there was practically no democratically elected government in Africa; today a quarter of the 54 states have one. So progress is being made. What we can say, however, is that France has done its best to thwart this evolution, and that in general the other countries of the European Union have bowed to France’s savoir faire.

How could the independent initiative of the African Union contribute to the emancipation of the continent and to solving its problems?

All the big leaders involved in African independence were Pan-Africans. They knew that to get their continent out of its alienation it needed to be united, and that the borders it inherited from colonisation were impractical. So, for all those people, there was no doubt that independence and emancipation would be pan-African. This Pan-African movement was sabotaged – particularly by France – and is just being reborn now. The African Union can contribute to establishing political legitimacy and African solidarity. The setting up of a sort of Security Council, an African Court of Human Rights and so on, can help mechanisms of political regulation to emerge. All of that is absolutely fundamental.

We put considerable hope into the EU’s policies towards Africa. We thought that, in a Europe of 25, countries without a colonial tradition – and which can therefore look at the relationship with Africa from a point of view less influenced by the desire to pursue colonial interests – would be in the majority. But what is worrying is that we are getting the impression that the former colonisers are teaching neo-colonial methods to the other countries, rather than the opposite.